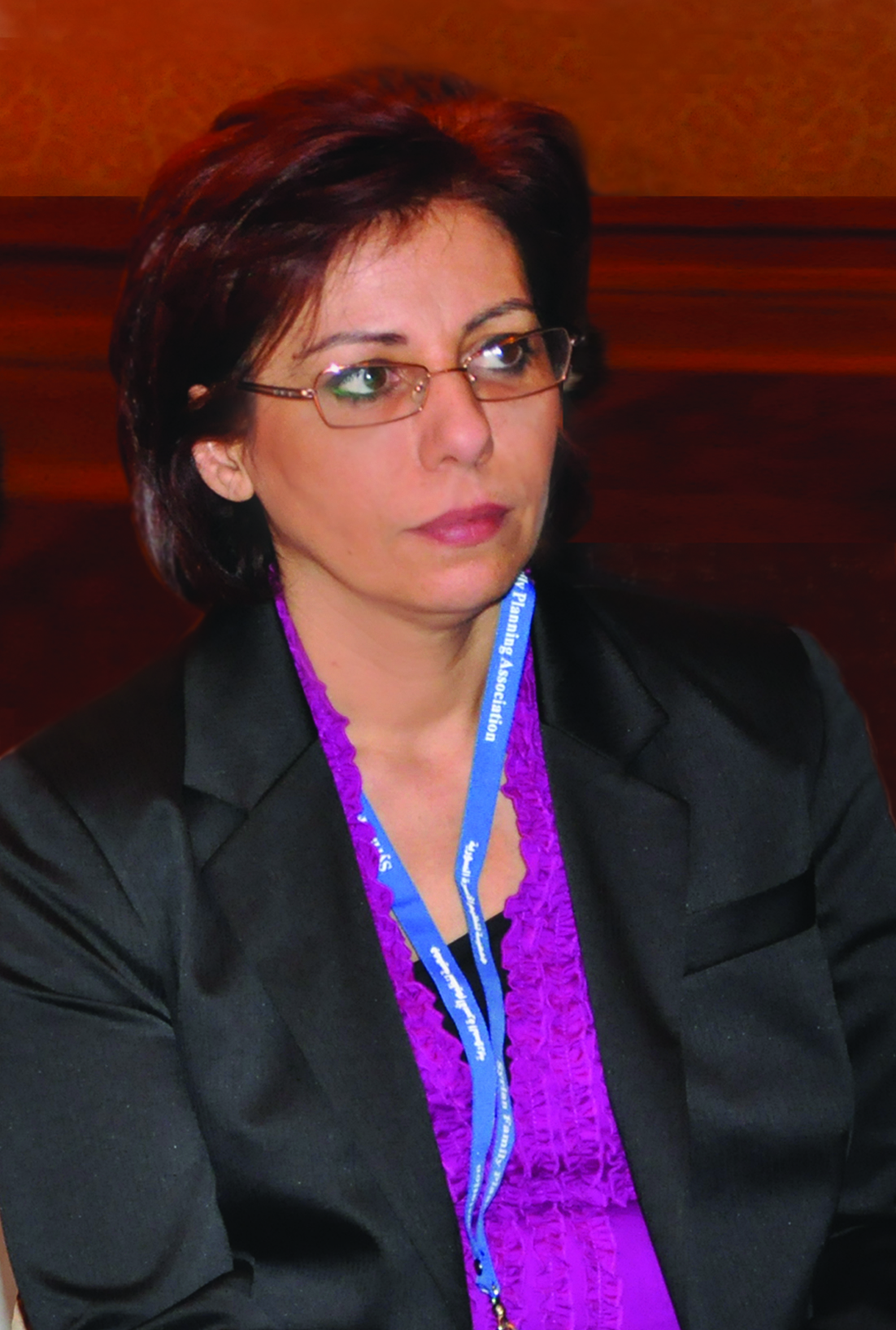 As the Syrian conflict reaches five years, much of the humanitarian world’s attention is focused on addressing the needs of the millions of refugees who have fled. But there are also many who have remained within Syria’s borders, and those who have stayed to serve them. Dr Lama Mouakea is among them. She is the Executive Director of the Syrian Family Planning Association (SFPA), a member association of the International Planned Parenthood Federation (IPPF). Camilla Burkot recently met with her to discuss SFPA’s work and the challenges that Syrian women and girls, in particular, are facing. You can listen to the podcast here, and read an edited transcript of their conversation below.

Camilla: Lama, what are the greatest health needs for women and girls in Syria at the moment?

Lama: The needs are very big and have increased over the last five years. As an association, our mandate is reproductive health services. So for the health needs, there are the needs of pregnant woman, because they have no space, no safe place to deliver. Half of the hospitals are damaged in Syria, only 43 are functioning. So women often deliver in very bad conditions.

Unwanted or unplanned pregnancy is another big problem. So we focus on distributing family planning methods to women, especially for internally displaced women, to protect them from unwanted pregnancy. Sexual transmitted diseases are also a very big issue, particularly among those living in shelters and other hosted communities.

In addition to that, we have gender-based violence among women and girls, because they are outside their family, maybe their husbands or fathers are not with them, and they have low income or no income, so they are exposed to a lot of abuse and violence where they are hosted.

Camilla: I understand you’ve been working with the Syrian Family Planning Association for almost 20 years. How has the nature of your work changed in the last few years?

Lama: We have a huge amount of work – our staff have increased responsibility. We receive a lot of funding from the UN. In Syria, the UN has preferred to give funding to NGOs rather than to the government, because they know that the NGOs can more easily integrate in some communities, and they know the limitations of the government. We had a relationship with UNFPA before the war, which has helped us during the war to expand our services, and to connect to other services and groups in the community.

For example, we implement a project with people with disabilities. You might think it’s strange, a family planning association working with disability. But the UN specifically asked our association to work with them. We didn’t have any experience before in this area, but I accepted this project because I see that it creates a new channel for a new group. We raise awareness about family planning and other related reproductive health issues. So we create a channel, more channels, during this period of the war.

Camilla: Despite everything that’s happened in Syria, your organisation has expanded the number of clinics and the number of people that you’re serving quite significantly, growing from 20 to 94 clinics over the last four years. It’s a remarkable accomplishment. How have you managed that?

Lama: In some areas like Deir ez-Zor and Raqqa, where Islamic State is located, we have had to close our clinics. So in some areas we close and in other areas we open a new one.

Sometimes we are given space, free of charge, to open a static clinic. And sometimes if there is a doctor or nurse from a damaged area, out of work, we invite them to come to other governorates [administrative division of the country]. So we catch them to work with us. I feel we create the most benefit by providing the community with health services, and at the same time creating jobs for people who lost their job in their area.

So at the same time, we see some of our staff leaving the country – money problems, they come in and come out – we try to manage. We need quick management, quick reaction. Because suddenly there is a problem we couldn’t imagine or we didn’t notice, these are the difficulties we face. So we are used to responding quickly.

Camilla: Staffing is something I wanted to ask you about, because in conflict situations health workers are often more able to leave, and do leave. But you’ve found that you’ve been able to recruit more staff locally?

Lama: Yes, if there are available people, or specialised in the same area. We also try to work locally to avoid difficulties or risks in transportation; sometimes the road is closed suddenly. So if they are nearby the area or from the area, there are significant benefits. The people accept them. They know where the people are crowded, and what their needs are.

And if there is no specific, specialist person, we build the capability of people already working to help us in our mobile clinics, or our malnutrition project with UNICEF, we choose people to screen for malnutrition. So it’s only training, we don’t always need a specialist.

Camilla: You mentioned gender-based violence (GBV) earlier. Can you tell me more about what SFPA is doing to help address GBV?

Lama: In southern Syria the UN is focusing a lot on gender-based violence, because it is a huge problem. There are no national indicators for that right now, but in our experience there are a lot of cases. There is a need to have the capacity to recognise those cases, because women who are abused will not come to declare, “I’m abused.”

That’s why we integrated this service inside the clinics. When the gynaecologist notices signs of any damage on a patient’s body that could indicate abuse, she is directly referred to other services, including psychosocial and legal support.

We build our clinics as a safe space for women, where women can come and have education sessions, and some relaxation.  In one of our clinics we even have a gym. So we build safe spaces to let women come and access many services. This comprehensive service gives women the freedom to come and to be safe in this area, to declare, to announce her problems.

And we can offer further help. Usually if there is a need, we have a network with other sectors too for referring cases if we don’t offer a specific service.

Camilla: Last year, CARE issued a report which found that early marriage had become increasingly common, both within Syria and in Syrian refugee communities outside. Is that something that accords with your experience?

Lama: We noticed early marriage before the crisis, especially in the rural areas. And we worked on this issue, to raise awareness of the negative side of this issue.

But during this crisis, early marriage increased a lot, especially among internally displaced communities, either [as a strategy] to protect girls from abuse or sexual abuse, or because families have no income, so they will give her to the husband to relieve themselves of her costs.

The other cause of this issue is that children in displaced families are often not in school. They stay in the shelters or in the house where they live. So that makes the family think that, ‘She is sitting in the house doing nothing, so better to get her married and give her a new life, rather than stay and expose her to other problems’. And this leads to early pregnancy, and early delivery and other problems.

So a solution for this phenomenon that we are trying is to increase the income of the family. For the women, we started a vocational training program with UNFPA to help women generate income, to give them their economic freedom. We are also raising awareness about the negative effects of early marriage for the girl. And for girls, we are trying to increase their access to education and other activities they can do while they are in the family, rather than to go to marriage.

Camilla: Lastly: what motivates you, what inspires you to keep going?

Lama: Sometimes my daughter tells me, “Come to me. Why are you still in Damascus facing this whole problem?” But deep inside, she is proud of what I am doing, as is the rest of my family. Sometimes I couldn’t sleep at night because of the horrible things we see and hear about.

What’s making me stay? When the UN agency called me to say, “There is a fund for this project”, I am very happy, even though I know it will bring me more work, more duty and more responsibility.

I’m very happy because I still have something to work for the community. That’s why I’m still living there. I feel very proud to help our community, because they are not the ones creating this situation. They are affected. So we have to serve them and help them to survive, to give them a hope and more emotion to live.

Camilla Burkot is a Research Officer at the Development Policy Centre. Dr Lama Mouakea is the Executive Director of the Syrian Family Planning Association (SFPA), a member association of IPPF.