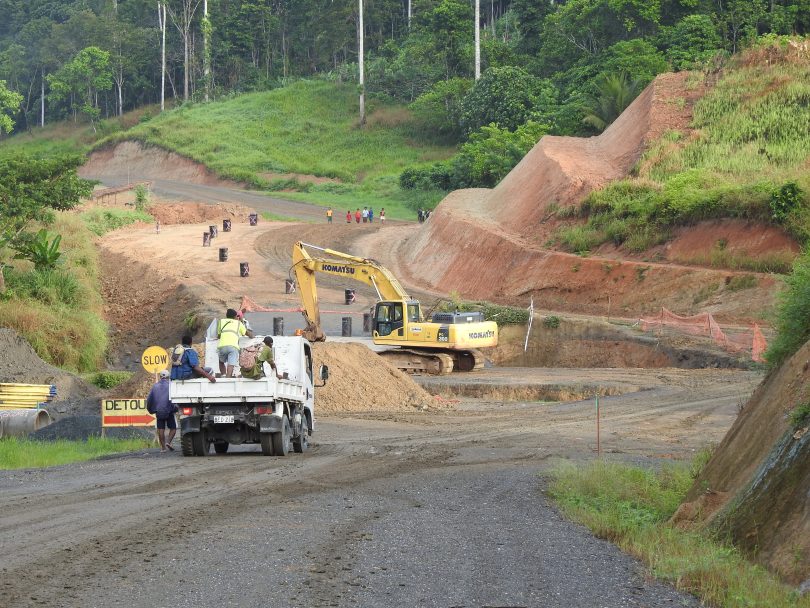 After decades in the background, infrastructure has become sexy once again.

Fast forward to today and the tenor of discussion has changed. Foreign Minister Julie Bishop has said that Australia will “offer alternative options for countries beyond BRI” – China’s Belt and Road Initiative, which is heavily focused on the construction of infrastructure such as roads. The Australian Government is already funding internet cables to Solomon Islands and PNG without the involvement of the multilateral development banks, in response to concern about Huawei building the cables. Earlier this week, the Foreign Minister announced a trilateral partnership for infrastructure investment in the Indo-Pacific with the USA and Japan, though with no detail the announcement was underwhelming (as was the US promise of a minuscule US$113 million, if that forms part of the trilateral initiative).

Labor has also shifted its stance. In February in a keynote address at the Australasian Aid Conference, Shadow Foreign Minister Penny Wong emphasised the role of social and human capital in reducing poverty, arguing that education and health will “be the hallmark of a Shorten Labor Government’s approach to development assistance policy.” Infrastructure was not mentioned once in her speech. Fast forward to July, and Penny Wong used her address to the University of Sydney’s US Studies Centre to call for greater emphasis by Australia on infrastructure in the Pacific, noting that: “One obvious need in the region is greater infrastructure investment. The deficit is particularly acute in the Pacific Islands.”

This shifting view of infrastructure as a focus of the aid program is the result of Chinese infrastructure spending in the Pacific. Perhaps as important has been media scrutiny of the ‘influence’ that spending has bought (some of it exaggerated).

The term “benign neglect” is sometimes used when referring to Australian Government engagement with the Pacific Islands region. In this case, what is increasingly argued is that Australia has focused too heavily on governance and not sufficiently on physical infrastructure in the region. This is certainly the argument of Pacific Island governments that have taken on Chinese loans. The Vanuatu Government, for example, has justified its use of Chinese loans to fund the Luganville Wharf and roads on Tanna and Malakula on the basis that:  “No donor was willing [to] help provide assistance on these projects although the economic benefits [are] huge.”

My own view is that there is a case for greater emphasis on infrastructure in the Pacific by Australia, even when only considering poverty alleviation objectives (I’ve voiced my scepticism of the China ‘threat’ previously). There is a clear infrastructure deficit in the region. That is evident when one drives on clogged up roads in Honiara, Port Moresby or Port Vila, where severe traffic congestion is common in towns that are smaller than Canberra (with the exception of PoM, which is larger). It is more evident still when one visits remote communities that are lacking access to basic transport services, to electricity, and to water and sanitation infrastructure.

There is considerable evidence that points to the importance of infrastructure for poverty alleviation, and to the benefits of aid-funded infrastructure. Poverty rates are highest in remote areas with poor access to transport infrastructure (see this study for PNG). Evaluation data generally finds higher rates of success for projects and programs in the infrastructure sector than in other sectors (see this analysis of ADB evaluation data).

Having said that, I’m also of the view that a renewed interest in the construction of infrastructure in the region carries risks for the aid program.

The risk here stems from the argument that Australian aid has focused excessively on governance, to the detriment of providing physical infrastructure. While I’m sympathetic to that argument, such scepticism shouldn’t be allowed to undermine what is an important undertaking – improving the governance of infrastructure. Past support for ‘soft’ infrastructure may not appear to have achieved much (the lack of a counterfactual makes measurement of this impossible). But that doesn’t mean that the management of infrastructure can be ignored.

Instead, the provision of support for ‘soft’ infrastructure should be seen as a way to differentiate Australian support in the sector to that of other donors. An ‘infrastructure plus’ model, in which the aid program looks beyond the short-term project cycle and provides long-term support for infrastructure over its life cycle – in tandem with construction of physical infrastructure – is an attractive model.

Another risk associated with a greater focus on the construction of infrastructure stems from DFAT’s limited expertise in the sector. DFAT is an organisation of generalist staff. It is not in its ambit to deliver large infrastructure projects. Addressing this constraint will require novel thinking about how Australian aid for infrastructure can best be managed.

In an ideal world, Australia would simply channel money through multilateral development banks, such as the Asian Development Bank (Jeffrey Wilson has argued the case for use of the AIIB by Australia in Asia). Such specialisation might be sensible from an effectiveness standpoint, but the political reality is that Australia, in moving into the infrastructure space, wants greater recognition of its bilateral aid to the region.

In light of this, it makes sense, in my view, to establish an aid-funded concessional financing institution that has both relevant expertise and the ability to provide loans for infrastructure in the Pacific. Such an organisation would address capacity gaps in DFAT. It would provide an alternative to grants as a means of funding infrastructure, thus helping the aid dollar go further and minimising the impact on aid in other sectors. It goes without saying that loans would need to be provided responsibly so as to avoid the build up of unsustainable debt. Loans should also be coupled with the provision of long-term, grant-based support for ‘soft’ infrastructure and (where appropriate) recurrent spending on maintenance.

Critics will no doubt point to the duplication such an organisation creates in the Pacific; to the lack of any comparative advantage in infrastructure that the Australian aid program enjoys; to the potential downsides such a move poses for sectors that are a real strength of the aid program, such as education. All are valid risks. All can be managed.

What is increasingly clear is that Australia will move to build more infrastructure in the region, whether in an effort to curb the influence of China, or in response to criticism of its aid program by Pacific Island governments. We would do well to ensure that this shift occurs in a way that maximises its poverty alleviation effects while minimising its potentially adverse impacts.