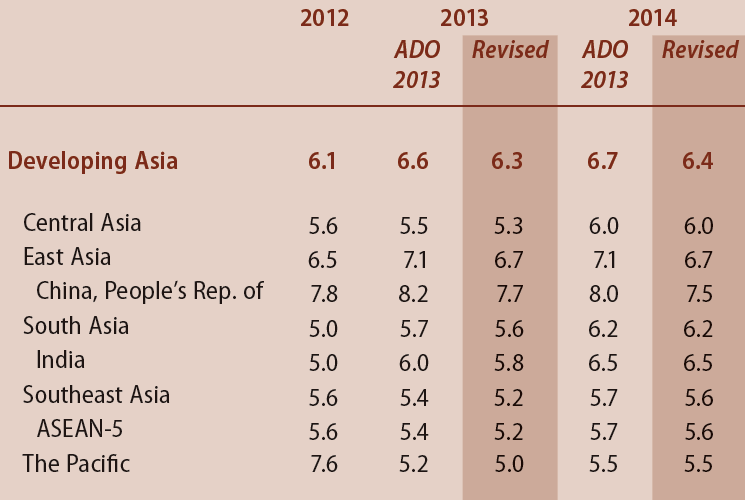 The report attributes the revised growth rate to the “knock-on” effects of dampened growth in China brought on by “a weaker-than expected first half of the year and tighter credit”. India has also had its growth rate cut as “slowing fixed capital formation, weak industrial activity, and plodding progress on reform are weighing on the economy”. Developed countries in the region are performing “as expected” so far in 2013, while Japan has seen a 0.6% increased revision to reflect the impact of the ‘Abenomics’ stimulus package.

If there is any silver lining from this updated report it is that the ADB has also forecast inflationary pressures will dip from 4% to 3.5% thanks to the decelerating growth and expected declines in commodity prices.