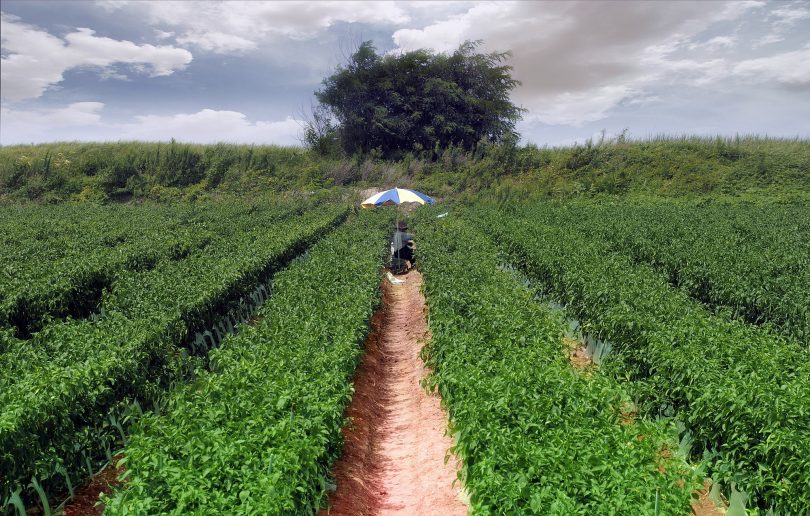 There have been a number of blogs about the Seasonal Worker Program (SWP) which enables Pacific and Timorese workers to work for six months in Australia, but the Timorese workers have another option, the Employment Permit System (EPS) in South Korea. The Korean EPS and the Australian SWP are both managed by the Timor-Leste Secretariat of State for Vocational Training Policy and Employment (SEPFOPE). A key difference is that the EPS does not offer seasonal work but three year contracts that can be extended to a maximum of four years and ten months. The motivation of Timorese workers applying for the scheme is the same – the lack of job opportunities in Timor-Leste is the driving force behind seeking work overseas.

South Korea was the first migrant work formally arranged by Timor-Leste for its youth population. In agreeing to send workers to South Korea, Timor-Leste became the fifteenth country, all in Asia, with agreements under South Korea’s EPS. The Korea Temporary Workers Program started as a pilot in 2006 and was formalised in 2009 with the aim ‘to tackle unemployment, provide technical training and develop the personal and professional skills of the Timorese workforce’ sending young Timorese to work in agriculture, fisheries or manufacturing.

To qualify for the Korean EPS program potential workers must become proficient in Korean language. They are provided with pre-departure training in Dili, followed by further training about their work roles on arrival in Korea. There is an official based in the Timorese embassy in Seoul who is responsible for liaison with the Timorese workers and help those in difficulties. This investment by the Timorese government in the migration program is replicated in the SWP where an Attaché for the SWP liaison is based in the Timorese Embassy in Canberra, which is not the case for the Pacific SWP partners.

A study on returned Timorese migrants from Korea found that from 2009 to 2015 this program enabled 1,886 Timorese aged 25-35 to work in Korea, compared to 593 Timorese in the SWP since 2012. But the completion rate of migrants to Korea is low, with only 37% completing their contracts, 30% registered as deported and a further 21% self-ended their contract. Deportation results from becoming ‘illegal’ by changing their workplace more than twice, or without official recognition. As a result of this poor record, the researchers were surprised to receive mostly positive opinions about worker’s experiences, with 90% claiming they were treated ‘well’ or ‘very well’.

Timorese returnees from EPS talk of learning work skills, keeping to time, meeting targets and working very hard. However only the most serious of workers will be able to complete their contract in Korea as the working culture is highly demanding, and days off are few, sometimes with just one Sunday off a fortnight. There were a couple of workers who had horror stories, receiving severe injuries at work, but they were expected to quickly get back to work. In the fishing sector which received more than half the Timorese workers only 18 per cent completed their contracts. Some had also died, allegedly from sickness and accidents. It should be noted that some Korea EPS employers have come under investigation for human rights abuses and non-compliance with their contracts. Those working in the fishing sector were the most likely to be deported as many fisherman sought to change their job often because they did not like living on a ship at sea. Other reasons for changing their workplaces were another job offered better pay, they got into a fight or they did not get on with their fellow workers or boss. I believe the reasons for the dismal record of contract completion by Timorese workers should be further investigated.

Female workers make up only 5% of workers, but they fared somewhat better. Half the female workers completed their contracts, and fewer of them changed their workplace. Most women workers are in the agricultural sector with some in manufacturing. Unfortunately Korea has removed agriculture from Timor-Leste’s options. Yet female agriculture workers were most likely to complete their contracts. The women interviewed spoke positively of their experiences, most being employed in small family businesses.

Migrant workers, whether the EPS in Korea, the SWP in Australia or the more numerous independent migrants who go to the United Kingdom, seek a salary that is paid regularly, generally earning more in a week than they could earn in a month in Timor-Leste. In Korea the average earning was USD 1000-2000 per month. More than half of the workers in Korea would send back over USD 6,000 a year to their families. Migrant workers generally send monthly payments for their family’s daily expenses, fees for a family member studying at university, and often money for home renovations or house building.

The pattern of expenditure changes over time as the family’s need for housing and education fees are met. As workers come towards the end of their contract they start to plan a livelihood activity to sustain their families, often pointing to the type of work they learned as migrants to replicate as a business in Timor-Leste, and start saving for the business.

Sadly returned migrants often fail to establish their desired business because they need help with  skills to become an entrepreneur. Most returned to a position of underemployment, undertaking casual paid work, helping their parents with their daily livelihoods, some earning interest as money lenders from their earnings. Returned migrants from both Korea and Australia feel that their only option is to seek further overseas work due to the lack of opportunities at home. Clearly further support is needed to assist returned migrants to establish business enterprises through appropriate training and skills development, and better labour planning with the Ministry of Agriculture, Forestry and Fisheries, and the Ministry of Tourism. Currently, there is a danger that the work skills and work attitudes which they have learnt will not make the significant contribution to the Timorese economy that was envisaged when the EPS was established as the first migration program.

Dr Ann Wigglesworth is an Honorary Fellow in the College of Arts and Education at Victoria University. This post draws on her paper ‘Experiences of young Timorese as migrant workers in Korea’ presented at the 2016 Australasian Aid Conference, as well as the paper ‘Youth, migration and local development in Timor-Leste’ presented at the Timor-Leste Studies Association New Research on Timor-Leste conference 29-30 June 2017 in Dili (publication in process).