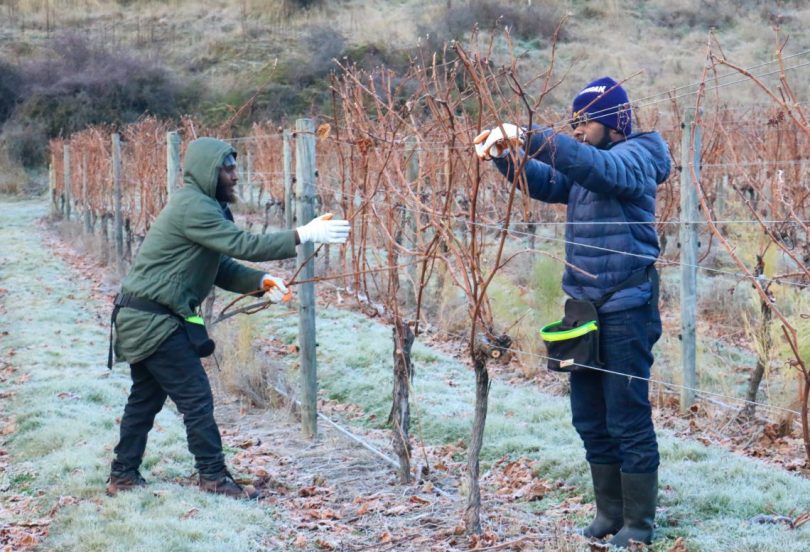 Vanuatu’s role as the leading sending country for workers in both the Seasonal Worker Programme (SWP) and the Recognised Seasonal Employer (RSE) scheme is due to the use of licensed recruitment agents and the capacity for employers to recruit directly.

The Deputy Prime Minister of Vanuatu’s announcement of the Council of Ministers’ decision (20 October) to abolish this arrangement and to instead give the responsibility for recruitment to government officials was a sudden and huge change of policy.

As argued in this recent blog by Stephen Howes and myself, this reform will not work. The government’s proposed reliance on provincial area administrators to manage the recruitment process will not be acceptable to employers because the risks to them of poor outcomes are too great. However, we also noted that change to the status quo arrangements for recruitment in Vanuatu is needed.

In this and a companion blog, I outline the type of reforms that are needed. My arguments are based mainly on evidence I collected in 2018 for a report commissioned by the Government of Vanuatu. The purpose of this report was to develop a framework for a national labour mobility policy: subsequently finalised in November 2019 (well before the Deputy PM’s surprise announcement) and published here.

During my research, I surveyed 111 SWP and RSE licensed agents by email, getting a 56 per cent response rate, and was able to conduct follow up interviews with about 20 licensed agents. The report of the survey of licensed agents is available here. I identified a number of problems. Many agents were not providing information on the workers they recruited to the government’s Employment Services Unit. Also, agents and employers were failing to keep track of workers stood down or blacklisted by employers. There has also been evidence (here and here) that agents have been charging workers recruitment fees, contrary to national legislation.

From an equity perspective I found that agents had a bias towards recruiting workers already resident in Port Vila. I found evidence from my interviews, census and other data, that agents have found it much easier, cheaper, and for some, more lucrative to recruit Port Vila residents.

But the problems with Vanuatu’s system can’t only be blamed on agents. I also found that SWP employers were missing in action in the recruitment process in Vanuatu. It is only employers who can enforce compliance because they ask agents to recruit workers for them. I also found that the government was under-resourcing its oversight and worker welfare roles.

The system governing seasonal labour mobility in Vanuatu is complex, involving the government, employers (from New Zealand and Australia), and agents, not to mention workers. Whatever reforms are made they should not simply be announced. Changes should be based on consultations with all parties to work out better ways of organising the recruitment process.

Below I list, based on my research, a set of principles that could be used to guide consultations with employers, agents and workers, should the Vanuatu government decide, now or in the future, to rethink its recent announcement:

An accompanying blog suggests ways these principles could be implemented.