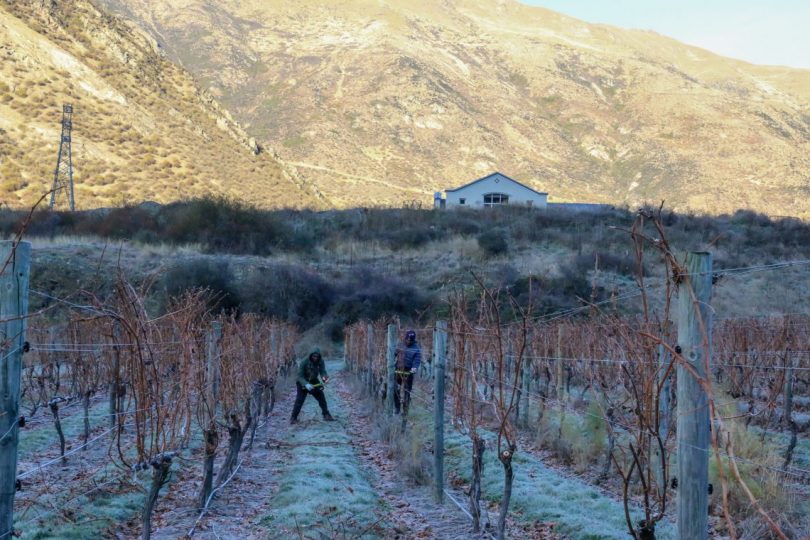 In an earlier blog with Stephen Howes I explained why the sudden announcement by the Government of Vanuatu to abolish seasonal worker recruitment agents and direct recruitment by employers was a mistake. In an accompanying blog, I set out some of the problems with the current recruitment system, and some principles for how it could be improved. In this blog, I offer some specific reform suggestions, based on my research.

1. Formalise the relationship between approved employers and agents

There are too many licensed agents, with only a few recruiting most of the workers. To show that agents are connected to approved employers, a requirement for a licence to be granted each year should be an approved employer’s letter of sponsorship. This letter should state that the employer wishes to engage the agent to recruit workers in the coming year. The letter needs to be publicly available to reinforce the importance of having an employer sponsorship. In the past, evidence of employer sponsorship was required to obtain or renew an agent’s licence each year, but in recent years has not been mandatory.

In addition, each recruitment request by an approved employer should take the form of a service contract which specifies the services requested and timelines required, and sets out the fees the employer will pay the agent, as well as any incentives, financial or otherwise, for good performance. The contract should also mandate that the agent complies with all legal and reporting requirements, and in particular that the agent will not charge the workers.

Beyond specifying these formal requirements, the SWP has grown so rapidly that the large employers who dominate recruitment in Vanuatu now need to consider investing more in an on-the-ground presence in Vanuatu. This would enable them to more effectively supervise recruitment, the return of workers and reporting.

Not all employers use agents; some hire directly, often selecting new workers on the recommendation of experienced and trusted return workers who will work alongside them. This recruitment process should also be transparent. Employers who hire directly should be required to report information to the Vanuatu government about the workers they have hired.

In a blog over two years ago, Stephen Howes and I proposed the use of incentives to lift the performance of recruitment agents. Our proposal was based on a study by Philip Martin of recruiters of low-skill workers which concluded that, while top-down changes which embodied laws, penalties and improved enforcement were necessary, they alone were not enough. Also needed were active ways of encouraging and rewarding labour recruiters for good performance and compliance.

We suggested one way to do this is to ask each returning worker to complete a simple survey to rate their satisfaction with various aspects of their work in Australia. Such ratings could then be used to assess the performance of those who recruited them and the employers who engaged them.

In my 2018 report, I recommended that employers should also rate agents on their performance and compliance, with the ratings of agents made publicly available. The performance criteria should be simple, with no more than three to five indicators, measurable on a five-point scale.

There should be no limit on the number of times workers can participate in the SWP or RSE. Stephen Howes’ research shows that, Pacific-wide, the expected number of times someone works in the SWP is about four. Employers have a strong preference for being able to utilise return workers, and recruit more from the countries from which they rely on return workers.

However, equity outcomes can be improved in two ways. First-time assignments involving new workers should be selected from rural areas where there is community support for, and involvement in, the selection of workers. A condition of licensing agents each year should be that they improve the gender, and rural and remote sourcing, of their new recruits.

5. Levy workers to pay for liaison officers to make them accountable to workers

As we proposed in a recent blog, the Government of Vanuatu could raise revenue from seasonal workers by charging them a fee on their return. This will most likely require a change to the bilateral agreements underpinning Vanuatu’s access to the SWP and RSE. For this and other reasons, these bilateral agreements also need to change, as argued here.

Workers would accept this levy if the money raised went towards providing them with support while working overseas. The levy could fund one or more liaison officers to provide this support. Currently there are no dedicated liaison workers funded by the Vanuatu government in New Zealand or Australia. A levy would also enable workers to hold a liaison officer accountable for their responsiveness and capacity to resolve problems on the ground.

6. Respond to the growing problem of absconding workers

Evidence is emerging of a growing problem of SWP workers absconding. The immigration authorities in Australia are not responding to information about these workers. Many of them are working illegally for another employer not approved by the SWP, which is a condition of their COVID-19 related 408 visa. Nor is Australian Border Force responding to information about unregistered labour contractors who are employing these workers illegally.

However, considerable scope exists for the Government of Vanuatu to respond to this problem by identifying and making public the identity of absconding workers and banning their family members, and their communities, from sending any workers in the future. Also, the sending government could ask the absconding workers to return home to ensure that Vanuatu’s reputation as a major sending country is not damaged for the long term.

The use of agents and return workers has given Vanuatu its role as a leading sending country to Australia and New Zealand. However, the rapid growth in worker and agent numbers has caused major problems that need to be addressed, especially bearing in mind that much further growth in seasonal labour numbers is not only possible, but should be aimed for.

Government control of the recruitment process will not be effective because employers will go elsewhere to other sending countries. Instead, what is needed are closer, more formal connections between government, employers, agents and workers. Well-designed regulations, backed by mechanisms and resources that ensure compliance, are part of the answer. So too are ways for employers and workers to report on and recognise how well labour recruiters are performing and complying with what is expected of them.

An accompanying blog outlines the type of reforms that are needed.