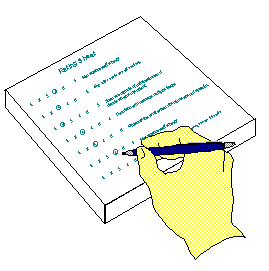 If there is one criticism that can legitimately be made of aid it is that it has a weak or broken performance feedback loop. There are different ways of expressing this.

One makes reference to a geographical disconnect. Aid involves taking revenue raised from the citizens of one country and converting it to expenditure for the benefit of the citizens of other countries. Those who are the source of the funds have no stake in how they are spent; those who receive them, no political leverage over the providers.

Another characterisation of the feedback loop problem in aid notes the sharp insider-outsider distinction which characterises the  industry. Aid insiders, those employed on the aid dollar, are very knowledgeable, but tend to keep quiet about problems. Aid outsiders, even if interested, lack the information base needed to reach sound judgements and offer good advice.

How can the performance feedback loop be strengthened? One way is to undertake more and more independent evaluations. But evaluations are mainly useful at the individual project level, less at the macro, aid program level.

Another way is to set up feedback mechanisms. That is what we are trying to do with our Australian aid stakeholder survey. We want to hear from those who are knowledgeable about the aid program—people who are involved in it one way or another, as recipients, partners, implementers or analysts.

If you fit one of those categories, we’d like to invite you to participate in the survey. It’s an online survey which you can fill out by clicking here. (If you are undecided or just curious, go here to see the survey in its entirety.) It is strictly anonymous and should only take about 15 minutes. We have already invited selected representatives of Australian NGOs and major contracting companies to fill out the survey – that’s because these are the two groups where we have a reliable sampling frame. For other parts of the aid community, we need you to self-nominate.

We’re also interested to hear from people who work within multilateral organisations, such as the World Bank, the Asian Development Bank and the various UN funds and programs. Multilaterals have been the biggest beneficiary of the Australian aid scale-up. Whether you are based in Australia, in the region, or at HQ, please consider taking part.

Finally, we are of course interested in hearing from all Australians who are in any way involved in or take an interest in the aid program. Whatever the nature of your engagement or your views, whether you work for the the public, private or not-for-profit sector, whether you are an academic or an independent consultant, your views matter to us.

There are many examples of independent research and citizens’ groups trying to hold government to account through survey instruments, many of them aid funded, as part of “social accountability” strategies. The citizens’ report card initiative which began in Bangalore, India, and which has spread throughout the developing world, is probably the best known example. It aims “to provide public agencies with systematic feedback from users of public services.”

There have  been many polls and surveys on public opinion of aid and development spending, but few examples of surveys being used to get feedback on aid effectiveness. Some multilaterals commission perception surveys, and some release them. The Global Fund commissioned research to “solicit feedback on the organization’s reputation, performance, strengths and weaknesses”. The Australian Government regularly surveys the citizens of the Solomon Islands to get their views on RAMSI. Sweden’s international development agency took a different approach and invited academics, including Nobel prize winner Elinor Ostrom, inside its organisation to observe and analyse. The result was the 2005 aid classic The Samaritan’s Dilemma.

There are still fewer examples of academic- or citizenry-initiated research in this area. In 2012, the William and Mary College conducted a stakeholder survey of one of the US aid agencies, the Millennium Challenge Corporation, which focused on whether MCC aid really provided the intended incentive for reform. You can read the results here.

Our interest is in broader questions: whether Australian aid is effective, and what the strengths and weaknesses of our aid program are. Of course, the fact that people say something is so doesn’t make it so. Nevertheless, in an area as difficult to assess as aid effectiveness, it must certainly be useful to know what stakeholders think. How useful, we’ll only be able to say when we’ve analysed the results. If it works well, we’d like to think this could become a regular monitoring tool.

We have decided not to release the results until after the federal election, whenever that might be held. While aid is hardly a big election issue, we’re interested in a frank discussion, not tabloid headlines.

The survey will stay open until the end of August. Please have a go filling it in, and forward to others you think might be interested. We all need to play our part in strengthening Australian aid’s performance feedback loop.