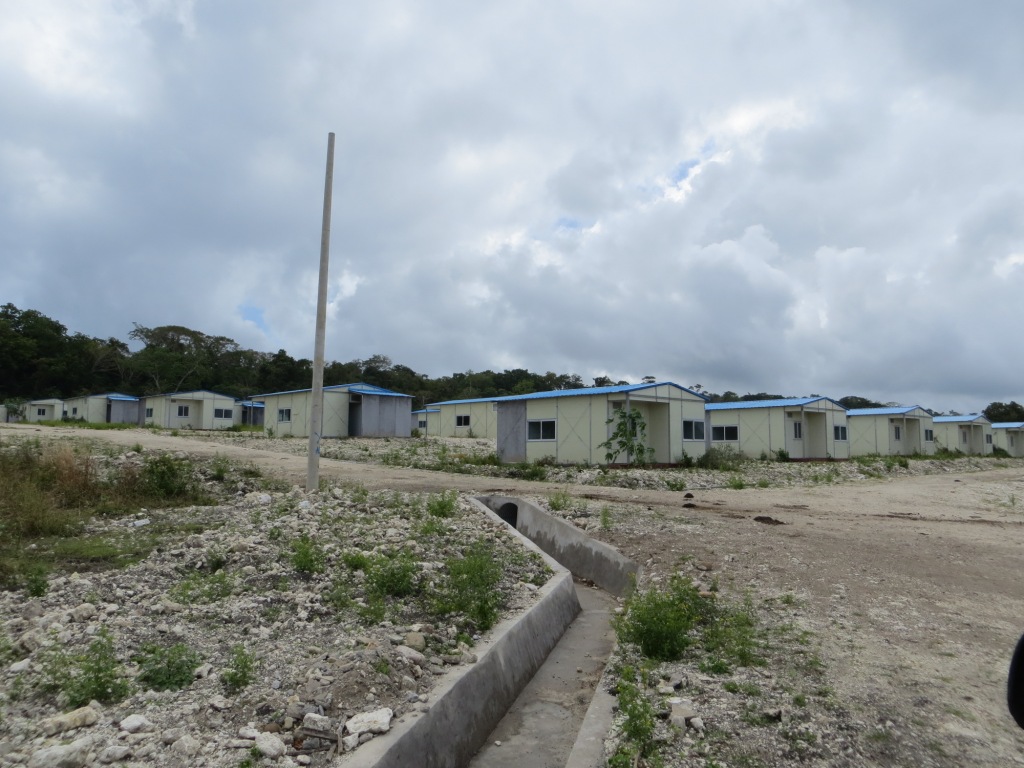 In Timor-Leste 41% of the population lives below the basic needs poverty line, with estimates [pdf] that 58% of communities live in poor housing conditions and the majority have no access to clean water and sanitation. Yet across the country hundreds of brand new prefabricated houses lie vacant. These houses, the product of the government’s 2011 Millennium Development Goals (MDG) Suco Program [pdf], exemplify the difficulties of development in one of Australia’s nearest neighbours.

The Timor-Leste government has access to significant oil and gas revenues from the Timor Sea, with US$14.6 billion in its sovereign wealth Petroleum Fund. These revenues have funded a raft of social security schemes and massive investments in infrastructure. However, the government faces a significant challenge: some projections forecast [pdf] that these revenues will be exhausted by 2025, and there is presently no obvious way to replace them. This means that the development decisions the government makes in the next few years will be critical to determining whether Timor-Leste has a future as a thriving middle-income state, or whether it declines further into poverty.

The government has opted to focus the bulk of its development spending on infrastructure, with the rationale that this is necessary for economic development. However, infrastructure development has proved difficult and budget execution has been poor; it is estimated at less than 15% on most projects.

The MDG Suco Program, though not an infrastructure program itself, illustrates the difficulties of infrastructure development. Under the program the government awarded [pdf] a US$144 million contract (later reduced [pdf] to US$87 million) to an Indonesian company to import approximately 9,000 prefabricated houses. The initial plan was that five of these houses would be erected in every one of Timor-Leste’s 2,225 aldeia (hamlets) and would be occupied by vulnerable members of the community, such as the elderly and disabled, female-headed households and veterans of the resistance to Indonesian occupation. The goal was that more than 55,000 houses would be built by 2015 in order to help meet Timor-Leste’s MDG targets, and that the houses would have solar energy, water and sanitation.

Timor-Leste NGO La’o Hamutuk has described the program as a ‘lost opportunity’, because it used imported rather than local materials and did not support local employment or small businesses. The program was implemented without the adequate participation of the communities it would target and effect, and there are questions over whether the prefabricated houses are culturally and environmentally appropriate for tropical Timor-Leste. Moreover, many of the houses that have been put in place are unoccupied, slowly deteriorating in Timor-Leste’s harsh climate.

Those MDG Suco Program houses that are occupied demonstrate additional challenges. At the periphery of the village of Uma Boco on the south coast of Manatuto district, 126 of the prefabricated houses have been constructed in a cleared forest – a clear departure from the original plan. Despite the fact that all the houses have been allocated to select ‘vulnerable’ families, including 26 houses for younger families, over half remained unoccupied as of September 2013. Although the houses use green energy and the light-coloured roofs do well to reflect the tropical sun’s radiation, there are some inherent flaws in the project design and implementation. Foremost, there is the issue of poor access to clean water. Families began to move into this settlement in June 2013, yet their dwellings were still unconnected to clean water sources in September. Residents stated that they walked to the main Uma Boco village to use the water pumps and taps to wash, clean and fetch water. Water scarcity has also meant that residents were unable to use the toilets fitted in their houses, and instead they were utilising the surrounding forest for such needs.

Furthermore, the MDG houses are designed in such a way that household sewage and waste flow out into on-site open drains, which can promote waterborne contamination and diseases, posing greater health implications – particularly for children and the elderly – and environmental damage in the long-term. Moreover, the majority of rural Timorese families continue to rely on cheap firewood for cooking and the kitchen is typically separated from the main residence. Unsurprisingly, small thatched shelters have been informally constructed behind some houses for this purpose.

Each household only has a small plot of land surrounding their dwelling to grow food. Some families have planted maize, peanuts and vegetables, but as they wait for their first harvest they are reliant on larger family fields at a distance for everyday consumption and income. A number of residents raised chickens, and stressed that they were strictly not permitted to keep other livestock such as pigs, goats or cattle in the settlement to maintain hygienic living conditions. Once again, they turned to family relatives who had access to larger plots of land in the main village to rear animals and keep watch over them. Ironically, by constructing these MDG houses away from local communities, they may do more harm by limiting access to kin relations, livelihood resources and social services for those who need them most. Separating disadvantaged families from their communities may adversely perpetuate local stigmas associated with physical disabilities and mental health issues. The construction of social housing cannot be conceived merely as a technical feat, but requires a holistic understanding of local livelihoods and social realities.

The MDG Suco Program is paved with good intentions. The good news is perhaps that because of slow implementation only US$14 million [pdf] of the US$93 million allocated to the program in 2012 was spent. There is still time to rethink the program.

The difficulties of the program highlight the challenges that face Timor-Leste. While infrastructure is important to Timor-Leste’s economic development, the government cannot afford for its finite resources to be wasted on poorly conceived and executed programs.

With these issues in mind, the Australian National University is hosting a two day Timor-Leste Update on 28 and 29 November 2013. More information can be found here.

Dr Joanne Wallis and Dr Pyone Myat Thu are from the School of International, Political and Strategic Studies in the College of Asia and the Pacific at the Australian National University.

Dr Joanne Wallis is from the School of International, Political and Strategic Studies in the College of Asia and the Pacific at the Australian National University.