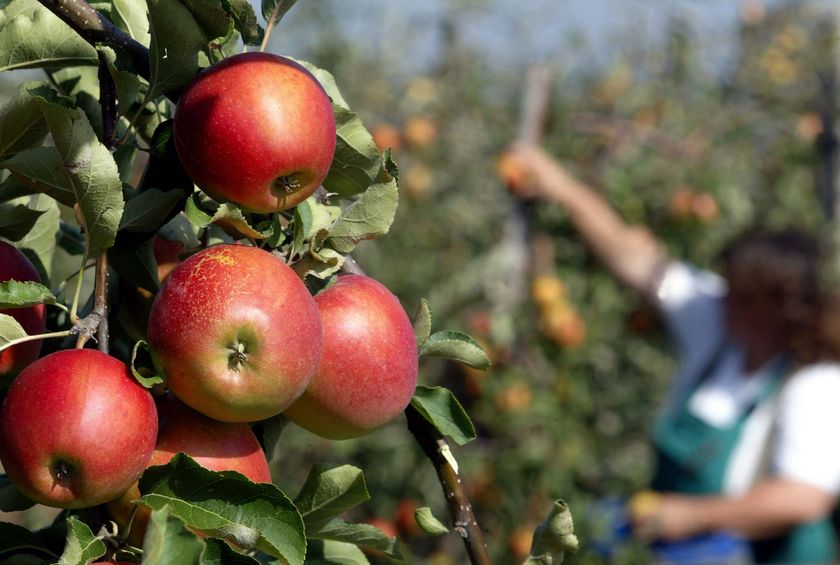 In our analysis of the Government’s Pacific Seasonal Worker Program (SWP), we have been closely following developments relating to labour shortages (or lack thereof) in the horticulture industry. The scarcity of unskilled labour in horticulture was a key factor in the Howard Government’s decision to allow Working Holiday Maker (WHM) Visa holders to extend their stay conditional on spending three months working in a rural area.

This amendment has since flooded the rural labour market with backpackers keen on extending their visa and unintentionally weakened demand for SWP workers. In an interview with the Devpolicy Blog last year, the State Manager of MADEC Rob Hayes said, “the legislative change has pretty much rectified the issue of labour shortages in horticulture for unskilled workers.”

In order to better understand what is happening in this industry, we’ve interviewed a backpacker from Ireland who has moved to rural Queensland in hope of extending his WHM Visa. Initially he moved with his Chilean girlfriend, but she has since relocated to Canberra for study. Darragh McDonnell shares his experiences of the difficulties involved with pursuing a visa extension in rural Australia.

Jesse: What initially made you want to get a WHM Visa for Australia?

Darragh: I wanted to come because there are a lot more opportunities in Australia than there are currently in Ireland or Europe in general. Australia has a lot going for it economically and there’s a very high standard of living. I was living in New Zealand last year and I spent the year there. I wanted to continue that, so when it expired Australia was the obvious next step.

Jesse: At what point did you decide that you wanted undertake rural work?

Darragh: I figured before our arrival that if we enjoyed it, we’d want to do a second year. I factored in pretty early that if I didn’t manage to obtain some form of sponsorship, then we’d end up doing rural work. We hadn’t really been travelling, so I wanted to make use of the obligation to do my three months of rural work.

Jesse: Why did you choose Queensland?

Darragh: I thought if I’m going to do this, I might as well see a bit of Australia at the same time. Queensland seemed like the obvious choice, being the most popular spot in Australia for backpackers. I would assume that it’s probably got the highest volume of backpackers in Australia for regional work from Bundaberg to Brisbane and all the way up to Cairns. We ended up choosing Ayr.

Jesse: What was your initial experience upon moving up to Ayr?

Darragh: When we arrived, we moved into a hostel and we picked the one that was probably the most fun, but unfortunately the worst for obtaining employment. There was a capacity for 120 people at that hostel and there were about 120-130 people while we were there. The system they had there is that you typically go on a waiting list when you arrive, then as work comes you move up that list.

When I first arrived, I would have been no. 25 on the waiting list on day one. A week later, I went down to no. 17 and then a week after that I went down to no. 8. A few days after that I was no. 3 on the list. A few days later again, I checked the list and I was back to about no. 15 or 16. At that point, I thought this is the final straw. Eventually I left feeling very frustrated with them because they’ll take on as many people as they can. It’s pretty much a business. They’re just happy to take people’s money on a false promise.

Jesse: So, how much work were you offered over that entire period?

Darragh: In a period of four weeks, I got a total of nine hours work. I worked six hours planting rock melon and watermelon seedlings, and then did a similar day on the same farm for about three hours. That was the entirety of the work that that hostel provided to me.

Jesse: Was this in part due to the overabundance of backpackers in that region?

Darragh: There’s definitely an overload of backpackers in that region. The absolute abundance means that they’re considered extremely disposable. If a farmer decides he wants five people to work tomorrow and when they arrive that he only needs three, he can just get rid of them, knowing that he’s got an unlimited list of backpackers that he can pick and choose from. It can certainly be disheartening.

Jesse: Did you get the impression that the hostels were knowingly taking advantage of backpackers?

Darragh: Yeah, I would say that. That’s my experience, but there are other people there that were extremely lucky and they’d arrived a farm opened up and they actually got work immediately. It’s certainly luck of the draw. However, I don’t think that this particular hostel had a good reputation with the farmers and I think that the better the reputation obviously the more likely you are to get work. This hostel was well aware that it was consciously taking in people on a weekly basis with a very low likelihood of giving any of the work for an extensive period. They were also happy to do so because they had somewhat of a monopoly.

Jesse: If you were frustrated with the system, what made you stay for such a long period?

Darragh: When you’ve invested time and money in a place that’s offered the opportunity of work, it’s hard to leave. It’s like going into debt and gambling, if you’ve spent a week’s wages now then in another week you should have work, so you invest another week’s wages. If you spend two week’s wages then it’s an investment in time and money and food and you kind of get the sense that if you leave now, then that’s all been for waste because if you go somewhere else you’ll be back at the bottom of the list.

Jesse: Overall, has it been a difficult experience having to move to a rural area and work in horticulture in order to extend your WHM Visa?

Darragh: For me, I’m just doing it to extend my visa. It was difficult for us, because we were well established in Manly and had our friends and work there, but at the same time it’s not the end of the world. I’m happy to get out of the city and see a bit of the country as well.

I think most people can find that it can be a bit of a burden at the end of their time. After three months you are pretty knackered because it is quite tiring and it is quite physical jobs and you’re out in the heat often working seven days a week.  Up here, there were some people that just finished their three months and you can tell that they’re absolutely delighted to be done. I think for anyone if they were living in some of these towns, where you’re extremely isolated, then after any period of time you’re going to want to pack up and go.

Jesse: How important is the second-year visa as an incentive for backpackers to work on farms?

Darragh: In my opinion, the second-year visa is an essential incentive for the majority of backpackers to work on farms or even to work in more rural locations in Australia. From my experience, about 80 – 90 % of travellers working on farms are doing so simply to achieve the required number of days necessary to acquire their second year visa. That being said, there are also those who do it simply as a means to support their income and thus continue their travels, those who have already completed the required days but wish to continue due to their fondness for this type of working environment (over say working in a city-based bar or office) and also those who simply do not intend to make use of the second year visa, but are happy to pursue this type of employment as it can be considered unskilled and therefore does not require previous experience.

Jesse: In your opinion, what would be the implications of removing this incentive for backpackers?

Darragh: If this ‘reward system’ were to be removed I believe it would greatly reduce the number of backpackers actively searching for rural farm work but I do not believe that this would have an entirely negative effect on the agricultural system. It would increase the demand for reliable farm-workers by shorting the supply and therefore it may allow those who genuinely wish to work on farms to do so, free of obligation. It is possible that the average backpacker may receive better working conditions, higher pay, avoid potential exploitation from hostel owners and in turn the farmer might benefit from having only the most eager and hardworking employees.

Jesse: Would moving to rural Australia to extend your WHM Visa be more attractive if you were able to undertake professional work?

Darragh: It could do. That would at least provide a lot more opportunities for both employers and backpackers, because you have a lot of people in these hostels that simply want to work. You’re sitting around with qualified, intelligent people doing nothing all day. They want to work and they can’t get work when they want it, so opening these types of opportunities would certainly spread the work more evenly.

Darragh has since moved to an area in the far north of Queensland and is receiving a full-time workload. His initial experiences whilst in Ayr aren’t those of all backpackers, but they certainly provide an insight into how the WHM Visa amendment has impacted the horticulture industry.