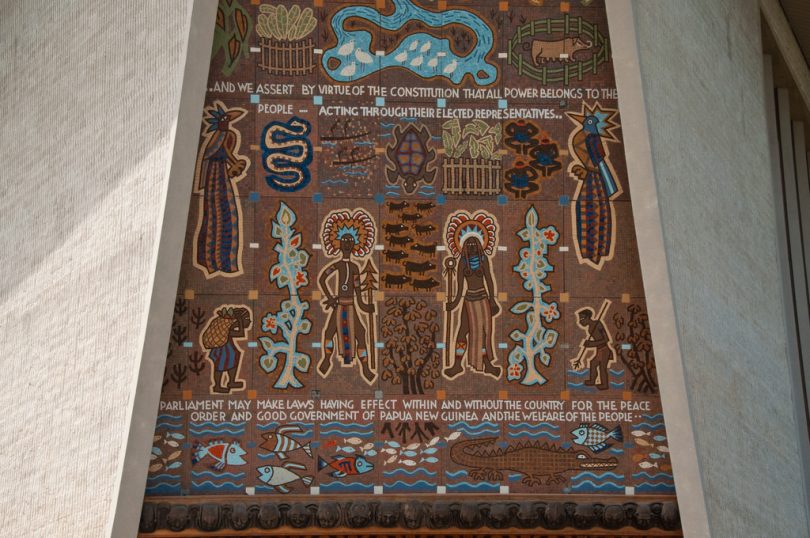 The failure to appoint all 31 permanent committees in the first formal meeting of parliament has never happened before in PNG’s short parliamentary history and is solely the result of this year’s national elections.

The real test for the government came when parliament needed to appoint MPs to the 31 parliamentary committees that form a vital part of the work of parliament. When considering the number of MPs remaining after the ministers and their deputies were appointed, there were simply not enough chairs to go around. Only 17 of the 31 committees have been provided membership, with 14 committees yet to be appointed.

Only a few committees have been effective, notably, the Public Accounts Committee and the Constitutional Laws, Acts and Subordinate Legislations Committee. Nevertheless, even their effectiveness has been overshadowed by the fact that the majority of their recommendations, particularly the Public Accounts Committee reports, are dropped into the ‘too hard basket’. On the other hand, committees like the Constitutional Laws and Plans and Estimates have become ‘rubber stamps’, for the government to bulldoze through proposed laws and the budget appropriations.

What are some of the immediate reasons hindering these oversight committees from fully performing their functions in parliament? They range from the administration of the committees, to the procedural provisions, to the nature of support committees require from parliament itself.

The second important reason is that there are relatively few resources available to committees. Resources involve two factors – staffing and funding. With such a large number of committees one would expect adequate secretariat staff, staff with relevant qualifications and experience to handle committee responsibilities on all fronts. Furthermore, there must be adequate funding for the committees to function and discharge their responsibilities well. The system needs more resources.

That the government has failed to appoint all 31 permanent committees at once speaks to the urgent requirement to reduce the number of parliamentary committees. What is needed is the political will to make that change, and while such change may not happen overnight, the inadequacies of the current committee system may gradually drive this much needed change.

Werner Cohill is the Acting Director of Parliamentary Committees at the PNG National Parliament. The views expressed in this article do not represent those of the Parliament but are his own.