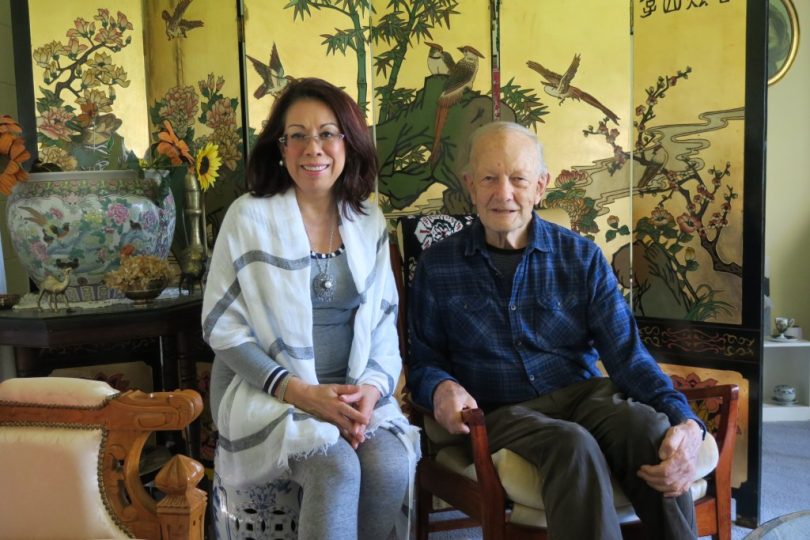 Colin Barlow was a quietly spoken person of great achievement. He was a renowned agricultural scholar, arguably the world’s leading authority on the smallholder cash crop economy of Southeast Asia. He had a deep concern for the rural poor. With great energy, vision and determination he established one of the most effective NGOs in Eastern Indonesia, and perhaps in the developing world. It was for this reason that his Indonesian collaborators aptly called him an “ambassador for humanity”.

Born in 1933 in the depths of the great depression, Colin grew up in an academic family in England; his father was an internationally eminent scientist at University College London. From an early age Colin had a love of agriculture, of “growing things”, a passion that was to remain with him all his life. In his youth his ambition was to be a farmer. His first degree was at the renowned Wye College, a specialist agricultural institution. He then took graduate degrees in agricultural economics at Cornell and Aberdeen universities.

His formal professional career commenced when he took up an appointment as an agricultural economist in Malaysia (then Malaya) in 1963. These were enjoyable years for Colin, his wife Ruth and his young family. He immersed himself in the country’s agricultural development challenges, particularly those concerning smallholder farmers, one of the most important occupational groups in the country.

He worked in two major agencies, both considered exemplars of successful agricultural policy in the developing world. These were FELDA, the Federal Land Development Agency, designed to settle landless (mainly Malay) farmers on newly opened rubber and palm oil smallholder estates; and the Rubber Research Institute, established in the colonial era and widely regarded as the leading institute of its type in the world. Colin maintained close professional and personal ties with Malaysia for the rest of his life. His important work there was recognised with a British imperial honour, an OBE, in 1967.

Colin was able to build on these solid foundations with his appointment to the recently established Research School of Pacific Studies at The Australian National University (ANU) in 1968. This was to be his institutional home for the next 54 years, as a member of its academic staff for the first 30 years and thereafter as a visiting fellow.

Colin’s academic career as a researcher, teacher and government advisor blossomed at the ANU. He wrote The natural rubber industry, its development, technology, and economy in Malaysia which has become a classic, and the authoritative study of the rubber industry in Malaysia – the country that, along with Indonesia, for many years possessed the world’s largest and (in Malaysia’s case) the most dynamic rubber sector. The volume illustrated how rubber was the lifeblood of a significant proportion of Malaysia’s rural population in the country’s early years of economic development. Colin’s work had important implications for living standards among many lower income households who earned their living in this industry.

This volume was followed by The world rubber industry written with two of his former PhD students, Sisira Jayasuriya and Suan Tan. He built on this work in several directions: geographically with work on Indonesia, Thailand, the Philippines, and elsewhere; and analytically, investigating the process of agricultural innovation, measures to improve rural livelihoods, and much else. He also edited several important volumes, including on the Malaysian economy and on institutions and economic development.

Colin was also conscious of the importance of building analytical capacities in Southeast Asia, the Pacific Islands, and elsewhere. To this end in 1972 he and colleagues at the ANU established a highly innovative graduate agricultural program, the Masters in Agricultural Development Economics. This was designed principally as a program for mid-level government officials and the staff of international development agencies. It immediately had a huge impact, building successive cohorts of graduates throughout the region, many of whom went on to become senior policy makers in their countries. Among this group, and their peers, Colin was a revered and much-loved figure.

In the mid 1980s, Colin’s research interests evolved further, with a particular focus on rural poverty in very poor regions. This interest had always been a feature of his work, particularly the connections between smallholder agriculture and rural living standards. His earlier work focused on Malaysia, a relatively prosperous and dynamic country – now he began to grapple directly with the much more serious poverty evident in the arid zones of Indonesia’s East Nusa Tenggara (known by its Indonesian acronym NTT). The Australian aid agency was then planning to initiate a major development assistance program in that region, and its officials invited Colin to prepare a report on the region’s economic landscape and challenges.

This set the scene for the third, and arguably most challenging, phase in his professional career, and one which was to be the principal focus of his life for the next three decades. He observed first-hand NTT’s acute poverty, and an economy that had lagged the nation’s rapid economic development that had commenced in the late 1960s. By then, not far off formal retirement and prior to the untimely passing of Ruth, Colin established an NGO, the Nusa Tenggara Association (NTA), which was to become the principal vehicle for his efforts to improve rural livelihoods there. In this work he was joined and greatly assisted by Ria Gondowarsito, later to become his second wife, and herself a well-qualified rural sociologist with extensive regional fieldwork experience.

Colin employed his mix of extensive analytical knowledge and deep humanitarian instincts to address the region’s rural poverty. Characteristically this was no armchair approach to the study. Accompanied by Ria, Colin began to visit the region regularly, at least twice a year. They lived with the poor communities, observed first-hand their daily life challenges, and engaged with local communities and government agencies. As his NTA colleagues observed, “well into his eighties Colin was bounding up the slopes of farms with local people to inspect progress and discuss issues. He loved talking to the people and they loved talking to him.”

Under his inspired leadership the NTA tackled “micro” – but essential – development issues: what forms of animal husbandry worked best, whether seaweed farming would be a promising income source, how to improve rural sanitation (especially for women), which crops are best suited to the difficult local ecology, and much else. Through to the end of his life, Colin was untiring in these efforts, making frequent field visits, developing close relationships with local communities, fundraising to support these activities, motivating others to join these endeavours, and donating his available human and financial resources to these causes.

Colin thought deeply and creatively about development issues, and the links between theory and practice. On several occasions he announced his intention to write up the lessons learned from his NTA experience. He did some of that, and it will now be left to others to continue this important work. For anybody interested, in addition to the material available at the NTA website, one of the most insightful analyses of the work is a piece by his ANU colleague Stephen Howes.

Stephen reminds us of just how complex rural development initiatives are, however well intentioned the proponents and internationally famous its supporters (viz. Jeffrey Sachs’ Millennium Villages Project in Africa), and how frequently they fail. As Colin would freely admit, not all the NTA’s activities have been successful. But many have, and they owe much to the analytical wisdom, painstaking preparatory work and personal skills of Colin, Ria and their teams.

Colin inspired huge respect and affection wherever he went. He was understated, a good listener, modest, and a charming, inspiring, congenial colleague. He mixed easily with people regardless of their station in life or background. Above all, he had a fierce commitment to improve livelihoods in poor communities, and he marshalled his formidable talents in pursuit of these worthy goals.

Colin Barlow died on 11 December 2022. You can also read a tribute to Colin by one of his closest Indonesian friends and collaborators.

The author thanks members of the Barlow family, and Prema-Chandra Athukorala, Sisira Jayasuriya and Chris Manning for helpful advice and information.

Hal Hill is the H.W. Arndt Professor Emeritus of the Southeast Asian Economies at the Crawford School, College of Asia and the Pacific, Australian National University.