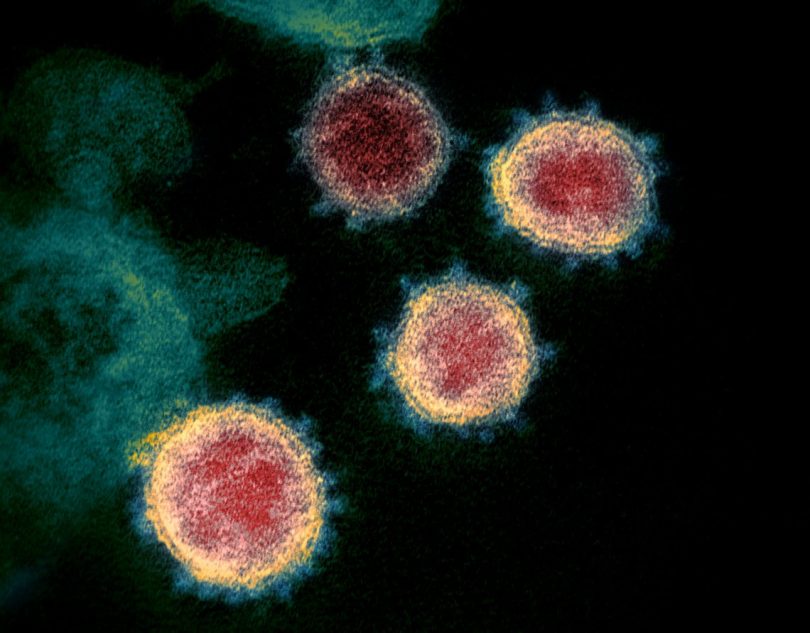 Electron microscope image of the virus that causes COVID-19 (Credit: NIAID-RML/Flickr CC BY 2.0)

What will COVID-19 mean for the Pacific? Right now, the effects of the virus are poised on the edge of sweeping into the region. It’s difficult to predict exactly what will come. But it’s helpful to break the overall issue into constituent parts and examine what each means.

The first constituent part is the disease itself. Is COVID-19 already present? Is it on its way? Is it spreading? How vulnerable are people in the Pacific to serious illness if they catch the virus?

Here there is some good news. Although COVID-19 has infected a non-trivial number of people in French Polynesia, Guam, and New Caledonia, these are countries and territories with strong ties to metropolitan powers, and fairly weak travel links elsewhere. Only two other  countries have reported cases: Fiji, with 5; and PNG, with 1. (Data as of 28 March 2020; see data and source information here; for updated data, SPC has a useful COVID-19 page here.) Most Pacific countries have now placed restrictions on incoming travel. With luck, these restrictions will prevent imported cases.

Few of the restrictions are perfect though. (My collated list of them is here.) Citizens are often allowed to return home, which is fair, but as we’re learning in New Zealand, citizens are as likely to be vectors as anyone else. And, as Michael Kabuni points out in his lucid analysis of PNG, some Pacific countries have porous borders. Then there are logging and mining companies, which seem perennially able to flout the law in places like Solomon Islands. Will restrictions stop their movement?

We also don’t know how many people in Pacific countries already have the virus, but are asymptomatic or have few symptoms. Assuming adequate testing, we’ll learn this soon enough. Whether testing will be adequate is another question. The timeliness of testing is also a problem for countries like Solomon Islands that have had to send tests to Australia for analysis. Even without testing, we will know whether the virus is present within a few weeks, as serious symptoms arise. By then though, it will be too late.

Even with testing, it is unclear if COVID-19 will be contained if any country’s outbreak gets beyond a handful of quickly identified cases. Social distancing is needed for this. In many Pacific countries distancing is virtually impossible in high-density urban areas, while in rural regions people endlessly flow from house to house, and village to village. Compared to the lonely suburbs where I grew up, there’s much to be said for such sociability, but it’s not good for isolation.

It might be possible to restrict the virus geographically. In PNG there are now bans on travel between provinces. It remains to be seen how well they work though. (Bryant Allen has some sobering thoughts based on past epidemics here.) Some smaller countries also have PNG-like restrictions on internal travel. In these countries, where it’s hard to get from island to island absent a plane or ferry, controls presumably have a better chance of success. At the other end of the spectrum, in Solomon Islands people are currently flocking out of the capital back to their provinces of origin. This is understandable, but if COVID-19 is already present, the flood will spread the virus.

Medically, if the pandemic does take hold in Pacific countries, much will depend on how often people with COVID-19 develop severe respiratory complications. In other countries, complications have been worse among people over 70. Pacific countries may be lucky in this sense: the elderly share of the population in most countries is low. Young populations don’t guarantee safety though. Life is hard in the poorest parts of the Pacific, and this may affect immune systems as much as age. Non-communicable diseases are also a major issue in many Pacific countries, which increases risk. (Data on age and prevalence of these issues is here.)

The second constituent part is health systems. Will they cope if the virus spreads significantly in any Pacific country?

In countries like PNG and Solomon Islands, the simple answer to this question is that the health service is in no state to respond. There are many problems, including an acute shortage of intensive care beds. This will likely lead to increased mortality rates. The situation is better in countries like Fiji. But still not so good as to be fit for a major epidemic. It’s unlikely intensive care capacity can be rectified in a hurry. Other issues might be though. Lack of quarantine in hospitals, poor general hygiene and insufficient personal protective equipment for staff are problems in places. Hopefully, they can be swiftly addressed.

The third constituent part is economic ramifications. Even countries that are spared COVID-19 will feel its economic impacts. Tourism will be hard hit, and will almost certainly be one of the last sectors to recover from a global downturn. Three Pacific countries – Palau, Vanuatu, Fiji – are among the world’s 20 most tourism-dependent economies. Nine Pacific countries are more dependent on tourism than New Zealand.

Beyond tourism, most Pacific countries are thoroughly embedded in the global economy. Although the World Bank lacks data for PNG and Fiji, in all the Pacific countries that it does have data for, imports and exports are a larger share of GDP than in Australia and New Zealand. Imports, in particular, are a very large share of GDP in most Pacific countries. Slowing trade, not to mention potential disruptions to trade routes, will hurt most Pacific economies. (Relevant trade and tourism data are here.) Some of the hurt will be cushioned by remittances, but remittances themselves will almost certainly be reduced owing to economic circumstances in countries like New Zealand. Some economic consequences will also be cushioned by community social safety nets, and by people’s ability to grow their own food. But this shouldn’t be overstated. The ability of urban dwellers to grow food will be limited, and they won’t be able to buy local produce at markets if they don’t have cash. Additional food takes time to grow too. And urban residents returning to rural homes may place pressures on available land.

Domestically, lockdown measures, such as those in Tonga and Kiribati will add to economic harms. In my view the moves are justified on precautionary grounds but, regardless, they will have an economic impact.

An economic crunch will reduce Pacific governments’ revenues. This either means more debt, already a problem in some Pacific countries, or less spending. Debt can rise, but only up to a point. The consequences of spending cuts falling on essential services are obvious. There is other less-essential government spending that could be cut – Constituency Development Funds in Solomon Islands, for example – but even this spending likely serves as a safety net of sorts. An inefficient one, but still not a good target for cuts in a crisis.

The final constituent part is conflict. Prolonged, elevated urban unemployment, or large numbers of people leaving cities, returning to already tense rural areas could spark this. I think this concern is less likely than the others I’ve discussed. Many Pacific countries have underappreciated means of managing tension. Also, if the other issues are addressed, conflict will be less likely. Nevertheless, there is a risk.

Combined, these constituent parts add up to a giant problem. The Pacific isn’t going into this crisis alone though. Australia, New Zealand, China and other aid donors are already trying to help. In my next post I will offer advice on what they can do.