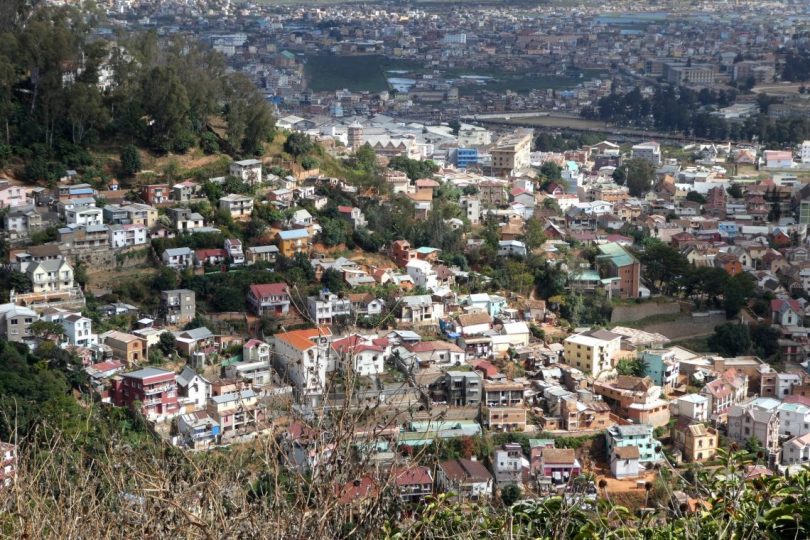 About ten years ago, Paul Romer presented on the TED main stage with a radical and audacious proposal for how to speed up development in countries around the world. His plan calls for two countries – a ‘host’ and a ‘guarantor’ – to form a mutually beneficial partnership in what he called a charter city. The host provides the land and a guaranteed influx of its citizens seeking employment opportunities. The guarantor, in exchange, provides the capital to build the city and create new jobs. The host benefits from the promise of rapid development and widespread urbanisation; the guarantor from the promise of a strong, low-risk return on their investment. The charter governing the city would set healthy rules and regulations to encourage growth, bypassing corrupt, poorly designed, and time-consuming ones that hamper development. These new rules combined with incoming foreign capital and a steady supply of labor, Romer argues, would be a tinderbox for growth and development.

Beyond the obvious executional challenges, the basic premise is appealing. Economists and think tankers like Tyler Cowen and Mark Lutter continue to pursue the idea as a scalable, market-based solution to development. But in the past decade, Romer has put his theory to practice in both Honduras and Madagascar. Both projects, after several years of effort, eventually failed. Let’s explore the roadblocks that have left charter cities looking more like a blue-sky idea than a realistic development solution.

The entire charter city concept hinges on the thesis that development is a matter of rules: bad rules hinder it, good rules encourage it. The first major roadblock for the host is getting the leader to admit they’re running a country on a set of corrupt rules. This is no easy task, considering these may be the very set of corrupt rules they leveraged to gain power and amass wealth in the first place. Scrapping the bad rules, even just in one city, can be extremely difficult. For Romer’s pilot charter city project in Honduras, it became a nonstarter. Honduran President Lobo came to power via coup, pushing pro-business rhetoric in a promise to bring growth and opportunity to the Honduran people. He was naturally drawn to the charter city concept as an innovative way to deliver on this promise. But several years into the project, Romer had to resign from his post as chair of the ‘transparency committee’ when the Honduran government began acting in secrecy. A questionable investment group was now pulling the strings behind the committee’s back. It became clear that Romer’s vision of a city governed by healthy, transparent rules would not be coming to Honduras anytime soon. As he said himself, the project ultimately fell to the “usual corporate, autocratic interests that [were] interested in exploiting it”.

The charter city idea also hits a roadblock when you take it out of its theoretical vacuum and into the historical context of the host country. For many developing nations, painful memories of colonialism are far from ancient history. Allowing a foreign nation to set up shop is a bold hypothetical move for many leaders around the world. Can you imagine Vietnam entering a charter city agreement with the US (or with anyone else for that matter)? In Madagascar, neocolonialist fears ultimately prevented Romer’s second charter city project from moving forward. Madagascar’s then President Ravalomanana was eager to explore innovative solutions to drive growth by hosting foreign investment. Charter cities were a perfect fit on paper, but in practice led to fierce opposition. Ravalomanana was labeled a traitor, violent riots broke out in the areas where the cities were planned to be built, and the project effectively ended.

Romer also suggests that rich countries may look to charter cities as a solution to burdensome immigration flows. Perhaps the solution to America’s immigration flow from Mexico is the creation of a charter city within Mexico’s borders. With an injection of American investment and implementation of healthy rules, the city would be primed for growth. This haven of growth and opportunity would certainly be popular – who wouldn’t want to find a better life without having to cross borders and adapt to a new culture? But instead of getting rid of the immigration problem, it may just export it to the charter city’s borders. And in this example, what would the US do when immigration pressures inevitably mount on this hypothetical Mexican charter city? Who is responsible to police dangerous and squalid shantytowns if they pop up around its borders? Not only is it now an issue that the host country may not be resourced to solve, it’s still an issue for the guarantor who will have to deal with it from miles away.

Due to the failure of charter cities projects thus far, Romer now says the new way forward is for developed countries to actually acquire land in developing countries, instead of simply exporting their rules and investment. In other words, he’s doubling down on a more extreme version of an idea that has already failed. A version that, at the very least, will be even more unappealing to developing countries. All of this raises the question: is this idea still worth pursuing? Milton Friedman said, “one of the great mistakes is to judge policies and programs by their intentions rather than their results”. This is especially true when there are so many intrinsic problems with an idea in the first place. There is no doubt that charter city advocates are motivated by good intentions. But for the nations searching for a way to improve the lives of their impoverished citizens, good intentions are not good enough. It’s time to listen to the results and move on from this idea once and for all.

*Correction (17 July 2019): The article states “Charter cities were a perfect fit on paper, but in practice led to fierce opposition. Ravalomanana was labeled a traitor, violent riots broke out in the areas where the cities were planned to be built, and the project effectively ended.” In fact, based on information subsequently received, the impetus for the uprising was another project, and it should read, “Charter cities were a perfect fit on paper, but another project, one that also raised concerns over land and sovereignty, made implementation impossible. Ravalomana was also in support of the potential leasing of farmland to Daewoo which led to violent protests and the end of his presidency. The new government cancelled the Daewoo project immediately and the prospects for a charter city in Madagascar effectively ended.”