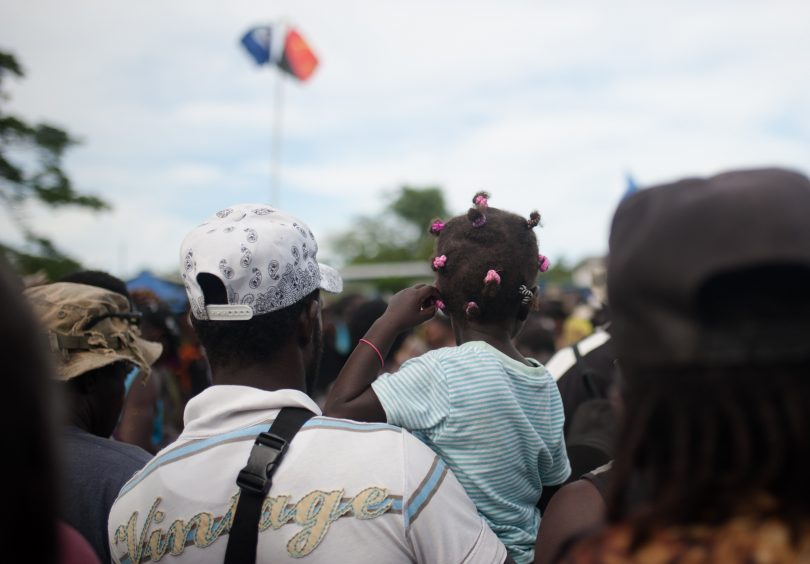 Why do the public servants of Bougainville manage some assignments so well but struggle with others, particularly the sorts of tasks laid out in those capacious long-range corporate planning documents underwritten by and beloved of development donors?

It’s a question that we first began to ponder when Gordon struggled to find a beer in Buka Town during the referendum in 2019. A total booze ban was in place and, as we wrote in Devpolicy at the time, the reason why it succeeded where others had not owed to the relationalities and connections that got behind the ban and ensured its enforcement. As well as the government’s small liquor licensing department, it was store owners, nightclub proprietors, chiefs, church elders, thirsty ex-combatants and other powerful individuals within the community who helped ensure the ban was observed.

We called this harnessing-for-collective-action the ‘relational state’ and, thirsty for more knowledge about it, we have spent the last year mapping out its contours. We have published our findings in an article for the journal Public Administration and Development, and believe that its findings have broad implications for how donors conceptualise and manage aid programs.

We describe the role played by the public servants of Bougainville through two different visions of the state which, while individually accurate, tell only partial stories of what is going on. The first is the ‘Weberian’ or ‘bureaucratic state’, which is expressed in some limited physical ways (government offices, schools, health clinics), and also experienced in a more expansive way as a normative ideal in the public imagination.

The second is what we term the ‘relational state’. Despite having no official physical presence, it is responsible for the vast majority of the actual governance on the ground. It consists of bureaucrats leveraging their relational ties, histories, connections and affiliations to get stuff done. In many ways, street-level bureaucrats in Bougainville actually construct the state through their wide-flung and deep networks of relationality.

These two concepts of the state – one that pays the salaries, confers titles and provides the spectacle of administration (but often limited administrative functions), and the other that generates meaningful administrative activity – are a productive way to understand how and why public servants function in Bougainville, and indeed in other places where the reach of the formal state does not extend much beyond the office door. This approach also moves us beyond characterisations of the underperforming state as peopled with slothful deadbeats, and towards more meaningful engagement with the complex realities that public servants daily navigate. To be clear, we argue that both concepts of the state are needed, as both point to true but partial understandings of governance and state-building.

In our article, we tell the stories of a number of guides to this relational state. One is Dennis Kuiai, the Acting Secretary of the Department of Peace Agreement Implementation (2018–2019), and his work in collecting weaponry. Weapons disposal has been a major feature of the peace process in Bougainville. Prior to the referendum on political status, there was a concerted effort by many to ensure that the continued presence of armaments and munitions on the island did not offer up a reason to delay, postpone or deem the referendum ‘not free and fair’. Over the years, there were a number of efforts to catalogue weapons still in circulation and put them beyond use, but all initiatives foundered for reasons relating to interpersonal mistrust and the absence of incentives.

Dennis was a former fighter, a prominent figure within his clan, and someone with good relationships across Bougainville’s tapestry of ex-combatant groups. He saw the issue as one requiring attention, and didn’t feel bound by his job description in giving it his. In his words: “I was recruited by ABG [Autonomous Bougainville Government] as acting Director of Veterans Affairs but I made weapons disposal my agenda, taking it away from the Directorate of Peace & Weapons Disposal.”

Through cajolement, money secured from the United Nations, incalculable numbers of text messages sent from his personal 2G phone, leveraging personal connections, appealing to interpersonal and conflict-era history, and many trips to villages throughout Bougainville to speak to former colleagues, he managed to accomplish this task. More than two hundred weapons were collected in September 2019. Some were put into an old bank vault and others in a sea chest, and these were welded shut.

Such ‘state’ action could not have been pursued through adherence to a log-frame, the type of mythically rationalised bureaucratic instrument that often gets written but not used. It required the harnessing of relationships.

Aid donors often work within the bureaucratic state and, officially, seem oblivious to the relational state. This is despite the fairly obvious fact that relational networks comprised of histories, friendships and grudges clearly exist within their own structures, and often count as the reason why things get done or not. Lest we be seen to be pointing fingers, the same is true in our lives too. That the two of us have a strong and respectful relationship is the reason why we have managed to continue to work so well together. Other less amicable personal and professional collaborations have sometimes left us on the verge of unproductive apoplexy.

Is it time that aid donors start to recognise the potency and power of relationships as drivers of behaviour in the places where they work? To do so would upend the traditional ways in which programs are organised – design missions, annual adviser plans, six-monthly reports, steering committees and the like. To be sure, it’s not that easy to sign an MOU with the relational state. But might that be a worthwhile price for working with something that could advance tangibly the governance and accountability objectives of many programs?

Early view access to ‘Street-level bureaucrats in a relational state: The case of Bougainville’ published in Public Administration and Development is available here.

This research was undertaken with support from the Pacific Women Shaping Pacific Development program, funded by the Australian Government in partnership with the Government of Papua New Guinea. The views are those of the authors only.