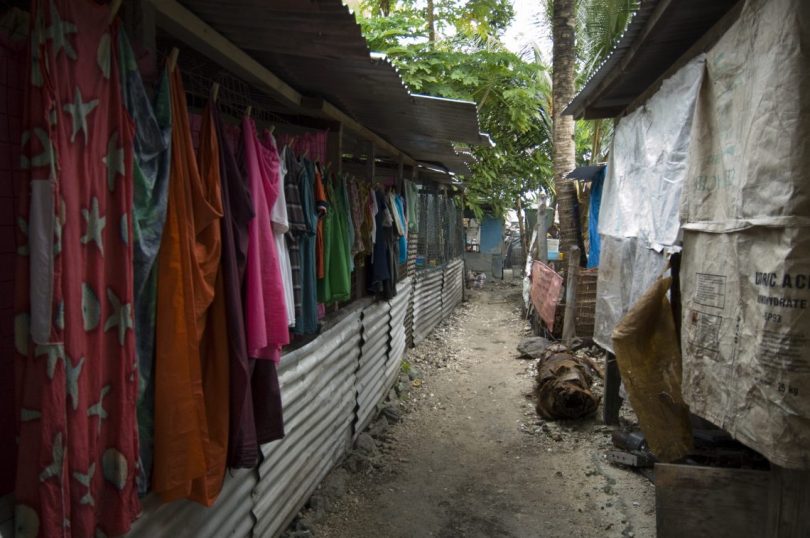 The Pacific Islands region is rapidly urbanising with mounting social and ecological pressures. To date, regional attention to this significant development challenge has been sporadic at best and generally ineffective. Despite four regional Pacific Urban Forums (PUFs) since 2003, urbanisation still fails to get traction.

In July 2019, the fifth PUF (PUF5) took place in Nadi, Fiji with the aim of achieving sustainable urban development by:

At PUF5, Pacific Island governments, non-government organisations and academic institutions were well represented with the geographic spread of representation and attendance numbers the highest yet. This post provides an overview of the prominent issues at the PUF5 and an analysis of future prospects for sustainable urban development in the region.

At PUF5, high-level engagement was the strongest of any urban regional meeting, with keynote speeches from Dame Meg Taylor, Secretary General of the Pacific Island Forum (PIF), the Fijian Prime Minister Frank Bainimarama and the Tuvaluan Prime Minister Enele Sopoaga. As host of the (then upcoming) PIF, the Tuvalu prime minister committed to bring the PUF5 recommendations to the Forum leaders’ meeting. While Sopoaga recognised the key role of partnerships, such as those that had driven the organisation of PUF5, he made it clear that enduring solutions should be localised in order to reflect the unique cultures and contexts of Pacific Island countries.

The leaders at PUF5 recognised the creeping and unaddressed challenges of urbanisation in the region and its powerful force as a driver of change. Past regional neglect of urban issues, including from the PIF, was acknowledged. The PIF secretary general affirmed that regional agencies could play a key role in addressing common challenges. Importantly, Dame Meg Taylor noted that given the cross-cutting nature of urban challenges, the best way forward would be to anchor regional urban action in existing programs, such as the 2030 Agenda for Sustainable Development (Sustainable Development Goals) and Framework for the Resilient Development of the Pacific. Both these frameworks deal with climate change, resilience and sustainable development – all of which are affected by largely unplanned and unmanaged urbanisation. The secretary general also pointedly highlighted the Boe Declaration on regional security – with its widened concept of human security – as an important lens for prioritising urbanisation.

More strategic urban management could enable the Pacific Islands to harness cities as hubs of economic growth, innovation and service delivery. But to achieve this goal there are some key challenges that need addressing, with the prime minister of Fiji highlighting urban land tenure, the integration of informal economies and settlements, and the need for a systemic approach to governance that did not treat urban and rural development separately – as if they were unconnected. He emphasised the importance of global diplomacy and activism to secure stronger mitigation of climate change to reduce the vulnerability of the region’s low-lying coastal cities. The prime minister, keen to highlight Fiji’s urban plans and progress, also noted a new partnership with Singapore around urban master planning and, refreshingly, significant focus on the upgrading of informal settlements.

Urban practitioners echoed many of the themes raised by their leaders, but added nuances grounded in local realities. A recurring theme was the need to integrate cultural norms, traditional knowledge and governance into the urban fabric, if cities were to be places people could call ‘home’. There was tangible exasperation at the many plans and ad hoc projects that were resulting in little implementation or enduring benefits on the ground. As one Pacific Island city council CEO noted, politicians and projects come and go, but legislation, regulation and institutional arrangements endure – unfortunately a great deal of the latter in the region are outdated, imported and unsuited to local contexts.

Urban change and transformation take resources – financial, human and physical. Many cities (excluding Port Moresby and Suva) are highly reliant on transfers of central government funds that fall far short of needs. Urban planners are rare in the Pacific, not surprising given there is no regional tertiary degree program to train Pacific planners in a context-relevant manner. Some city councils do not even have one trained urban planner. The lack of physical infrastructure to supply the basics of water, electricity and waste collection are well known. Less well addressed at PUF5 were longer-term challenges associated with the growing ecological footprints of cities, the degradation of food supply chains and the increasing challenges related to urban water and energy security — all under pressure from a combination of population growth, economic development and climate change. Very little attention was given to the benefits (and risks) of the digital/cyber economy.

For practitioners, securing transformational change in cities means changing the dominant narratives from dichotomous urban versus rural to ones which see connectivity and pathways for balance and complementarity. Diversity within cities needs to be acknowledged and accommodated, with the governor of Port Moresby wryly noting that his city had more cultural diversity than the United Nations. Urban space for all is at a premium, which means over time there will have to be social and physical transformations. Easing that transition requires much more inclusive, participatory and innovative cities – all familiar development tropes – but still relevant to places where many informal settlers, women and even youth are marginalised from decision-making and planning.

Hopes for the future, prospects for action?

At the completion of PUF5 came the inevitable declaration and call to action, but the Pacific Islands and its cities are not the United Nations and one wonders if these words will find pathways to drive real change. More inspiring was the enthusiasm of the youth delegates who ensured that it was explicitly acknowledged that ‘long-term planning for cities’ meant not leaving future liabilities for them. At the government level, some cities are developing national urban policies, greater ‘city’ master plans (many cities are outgrowing their static municipal boundaries) and, in the case of Papua New Guinea and Fiji, new legislation and regulations to better recognise and support the informal sector. For Samoa, Vanuatu and some others there are efforts at integrating customary and urban governance. The role of the private sector was increasingly seen as having potential, providing corporate standards and regulations were enforced and land access was transparent. All have potential seeds for real change.

In one concluding session, delegates were asked to use one word that encapsulated their view of sustainable urban development; not all views were captured, but top among the list were ‘belonging’, ‘diversity’ and ‘localisation’ – not bad starting points for the future. Returning to the closing words of the Tuvalu prime minister, ‘there are no solutions that are not local solutions’. A PUF of fresh air? Maybe; but, in our view, what really matters is progress. Success will be urban growth and cities that are well-managed and work well for all residents.

This is an edited version of In Brief 2019/15, originally published by ANU’s Department of Pacific Affairs as part of their In Brief series.