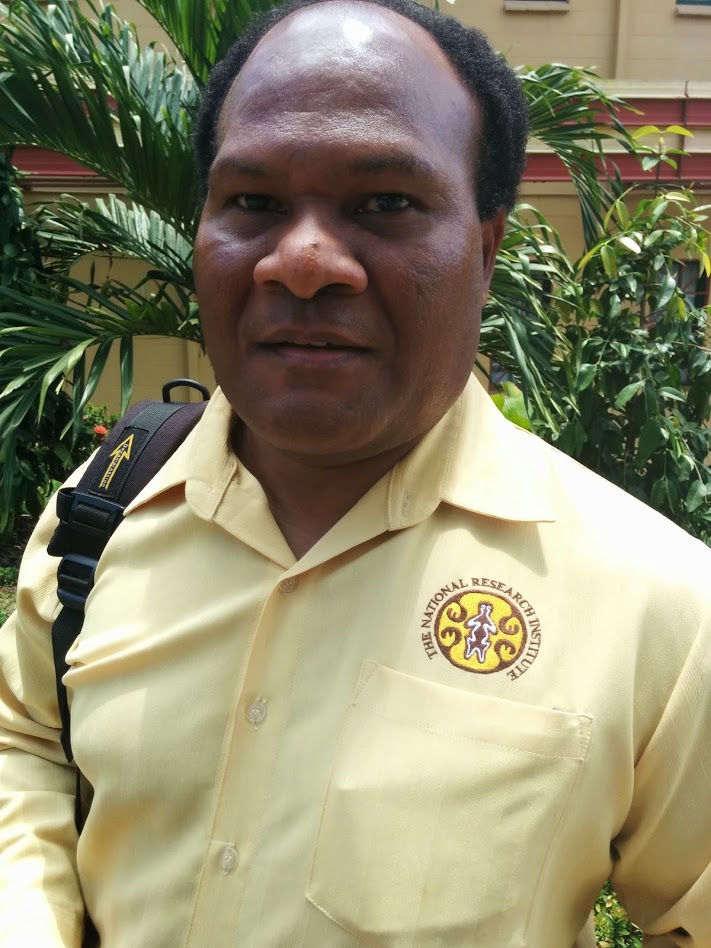 What does it take to implement the biggest education reform in PNG’s recent history? As Statistical Manager with PNG’s National Department of Education (NDoE), Peter Michael Magury – who currently works with the PNG National Research Institute (NRI) – is well positioned to answer this question. Peter was in the engine room of education reform as the Tuition Fee Free (TFF) policy rolled out in 2012. In a conversation with the Development Policy Centre’s Grant Walton, Peter reflected on the magnitude of the challenge that faced him and his colleagues, and some of the ways they coped with the complexity, long hours, and even offers of bribes, as they oversaw the roll-out of this large-scale policy.

One of the key challenges the NDoE faced in implementing the TFF was the short timeframe in which they needed to deliver it. As outlined here, Prime Minister Peter O’Neill announced the policy in August 2011, which caught the NDoE by surprise – they’d been planning to increase student enrolments much more slowly. Despite this, the response was quick: by January 2012 the NDoE had released a policy outlining how the TFF would be administered.

This time pressure jolted many in the department into action. To get subsidies for enrolled students out to schools before the start of the school year, Peter and his colleagues spent long days and nights at the office. NDoE officers took turns sleeping at their desks (often without pillows or blankets), while working through the night. While Peter sorted through payments for thousands of schools across the country, he barely saw his family. Dedication of this kind is not generally associated with the PNG public service, but on this occasion many NDoE staff went to extraordinary lengths to get funding to schools.

The tight timeline made explaining the policy to key stakeholders difficult. This resulted in confusion, particularly amongst school management and parents. Peter devoted a lot of time to explaining how the payment would be calculated and how much schools should expect. Yet a number of schools failed to provide enrolment details on which the subsidy payment were to be based, making it difficult for the NDoE to get funding out to schools. Despite these challenges, according to Peter, three-quarters of all schools registered with the NDoE had their funding delivered before the start of the school year, a figure that he claims – and the NRI and ANU’s Lost Decade? report confirms – rose through the first year of implementation (2012).

With the promise of more funds and confusion about how subsidies would be calculated, some principals and school managers thought they could influence their allocation. Peter said:

There were a lot of demands coming from principals, and school’s board of management. Sometimes they wanted to get the school fee urgently. And so they would try to give you some money to speed up the process or inflate the fees, so they would get more money.

Despite this pressure Peter insists he did “not accept cash for inflating the TFF [enrolment] counts” (which would result in higher payments); however, he believes many others have been seduced by the lure of a quick kina. The revelation that subsidies worth 50 million kina were paid to ghost schools was, he believes, caused by high levels of collusion between education officials:

People in the district, and the province, they knew that those schools were closed or suspended, they still submitted the census forms to get more funds. They also knew that schools without school codes are not registered schools.

For Peter this collusion won’t be broken until the government gets serious about monitoring every level of school administration – from national education policy makers and NDoE officers, to principals at the remotest schools.

Monitoring is important, but ultimately Peter believes that the threat of mismanagement and corruption can be best addressed by one thing: honesty. Producing more honest bureaucrats, he suggests, will require more stringent recruitment processes, ethics training, and better rewards for merit-based performance.

It can also be helped along through redesigning government administrative systems.  Despite many challenges, Peter insists that the TFF policy contributed to improved accountability of school funds. When the TFF was first implemented, Peter helped set up a system for paying schools their subsidies into bank accounts – a key feature of the TFF policy (previously schools received funding through sub-national administrations). Peter argued that paying schools in this way significantly improved the management of school funds, as it cut out the potential for mismanagement through the government system.

Peter suggests that reason the TFF was initially able to deliver funding to the vast majority of schools across the country was the alignment of political goals and administrative capabilities. Peter O’Neill’s buy-in was critical in ensuring resources and maintaining momentum. The capacity of NDoE’s staff – built over a number of years – to implement these changes and communicate their importance to a range of stakeholders was also important.

While Peter is cautious about generalising beyond his experiences, his insights suggest that, for those seeking to implement such nation-changing policies, political buy-in is important but it is not enough. Such reforms require an extraordinary effort from a determined and committed bureaucracy. The bureaucracy overseeing these reforms needs to be able to ensure ‘good enough’ rather than perfect governance. When implementing a policy of this size and complexity things will go wrong, but keeping an eye on the broader objective – in this case increasing student enrolment and getting enough funding to schools on time – is crucial. In addition, the experiences of the TFF shows that big, bold policies can – given the right circumstances – be rolled out quickly and (mostly) effectively in PNG.

First-hand accounts such as Peter’s are rare but important if the policy community is to learn from what was – initially at least – one of PNG’s few good news policy stories (as highlighted here and here). In a country where there are many policy failures, it’s important to document the mechanics of success, especially given that, in the case of the TFF, some aspects of this success are being eroded.

This post is republished with permission from the PNG National Research Institute Blog.

Peter Michael Magury is a Research Fellow with the National Research Institute’s Universal Basic Education Research Program. He worked with PNG’s Department of Education from 2002 to 2013.