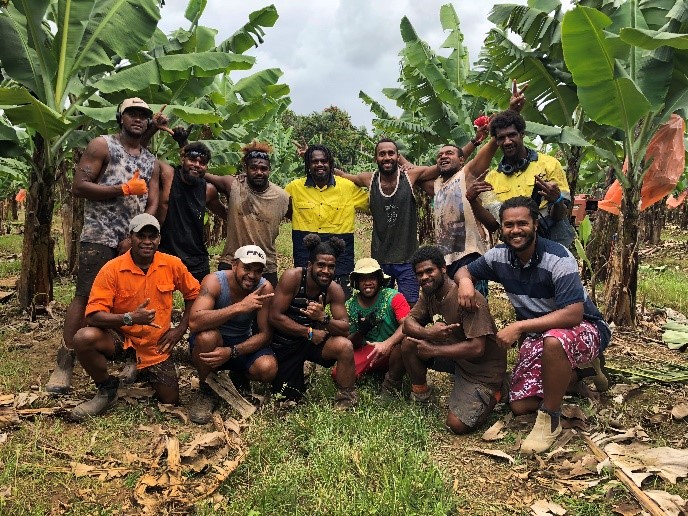 The DFAT-funded Labour Mobility Assistance Program (LMAP) recently undertook a survey of employers authorised to hire workers under the Seasonal Worker Programme (SWP), known as approved employers. The aim of the survey was to better understand their perceptions of how the program is being managed within sending countries and to identify areas for improvement. While only 14 employers responded to the survey (out of approximately 90 approved employers at the time the survey was conducted), they tended to be the larger employers, accounting for the employment of 40% of all SWP workers in 2016/17.  Responses were discussed in more depth in a subsequent focus group.

Employers are generally satisfied with how sending countries manage the SWP

Responses in relation to engagement with Labour Sending Units (LSUs) were positive, but indicated room for improvement. The majority of employers rated their interactions as satisfactory, good or excellent, although very few ratings of excellent were awarded. “Satisfactory” was the most common rating for three out of the five questions.

Employers are happy with the workers they receive

The preparation of workers before they arrived in Australia was also rated by the majority of employers as satisfactory, good or excellent, with the exception of a small number of employers who recruited predominantly from Vanuatu and Tonga. LMAP’s experience has been that providing workers with adequate information to prepare them for life in Australia, including on their work and employment conditions, and rights and responsibilities during deployments, is essential to the smooth running of the Programme, but that this will require ongoing effort and support, particularly in those countries sending high numbers of workers.

Figure 2: Satisfaction with preparedness of workers

Participant workers of the SWP were rated positively for dependability, enthusiasm and productivity, with a marked improvement for returning workers, mirroring responses to the recent ABARES study on seasonal worker productivity.

Employers want to be directly involved in recruitment

The potential of Pacific labour mobility

Feedback through the survey and focus group is overwhelmingly supportive of the role of Pacific labour mobility schemes in addressing gaps in the Australian agricultural labour force. SWP employers noted that a combination of the certainty, productivity and positive attitude of Pacific workers and the flexibility of local employment/working holiday makers provides them with a workforce that meets their demands.  Most indicated that they expected to increase their recruitment of seasonal workers in subsequent years, both in absolute numbers and as a proportion of their seasonal workforce.

At the same time, sending countries should continue to strengthen their responsiveness to employer needs, and the quality of the selection and preparation of the workers sent to Australia, to help ensure increased participation by their workers for years to come.

For more, see the research report based on this survey here.

Carolyn Peterken is an organisational development specialist who works extensively in international development, in particular in the Pacific. Her most recent role was as Team Leader of the Labour Mobility Assistance Program, providing capacity building support to the ten countries that participate in Australia’s Seasonal Worker Programme.

Russell is an Economist and Monitoring and Evaluation (M&E) specialist for the delivery of aid and development projects. His work has focused particularly on workforce development, including labour market analysis, labour mobility scholarships, technical and vocational education, alumni professional development and national and industry skills mapping and assessment. He was the Monitoring, Evaluation and Research Adviser for LMAP.