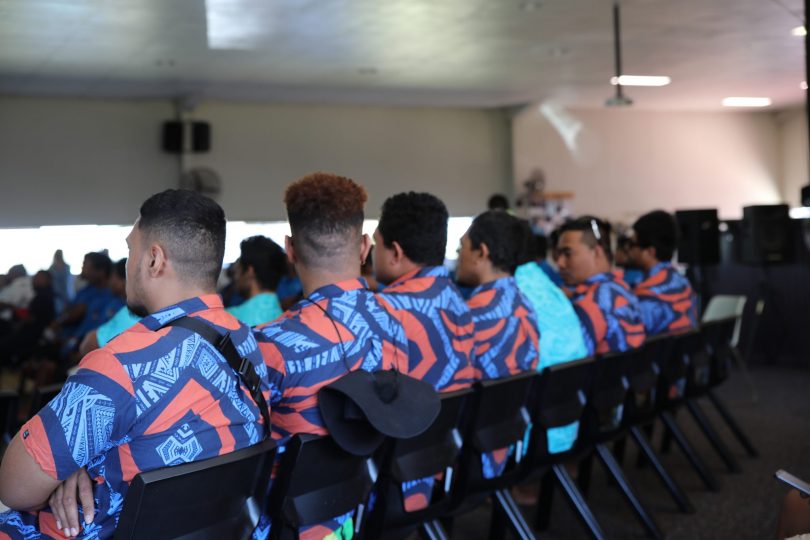 The Australian Workers’ Union (AWU)’s most recent campaign calls for Pacific Australia Labour Mobility (PALM) scheme workers to receive a minimum payment after deductions of $250 per week. The AWU proposes that any outstanding deductions should be carried forward until workers are earning enough to cover them.

This is in the wake of several reports of workers receiving low income after deductions, with not much left to support themselves or their families at the end of low weeks. MADEC, one of the largest employers of Pacific seasonal workers, has lifted its minimum weekly payment to $200 per week after being implicated in the Select Committee on Job Security.

The main representative body for PALM scheme employers, the association of Approved Employers in Australia (AEA), also supports a post-deduction wage safety net. In its recent letter to the incoming government, the AEA highlighted that this measure would “ensure that per pay period, workers are not left with an insufficient income after deduction”. Employer support is important, as they would be the ones to pay more upfront and carry the deductions forward, as a commitment to their workers’ welfare.

On the wages front, it seems relatively straightforward too. The minimum hourly rate for casual fruit and vegetable pickers is now $26.73 per hour. Pacific seasonal workers have a minimum average of 30 hours of work per week for the duration of their contract, and on the new minimum hourly rate will earn on average $1,363 per fortnight post-tax. A weekly guarantee of $250 would be only 37% of a worker’s expected post-tax earnings. The piece rate has to allow a pieceworker working at the average productivity of a competent pieceworker to earn at least $30.74 per hour, so it shouldn’t be an issue either.

For Pacific Labour Scheme workers on full-time contracts, their wages don’t have the same level of seasonal variability, and it should be less of an issue. The minimum hourly full-time Meat Award rate of $21.36 leaves Pacific meat workers with an average post-tax earning before deductions of $1,089 a fortnight, closer to a 46% guarantee.

The major group of approved employers and one of the major unions representing seasonal workers are in agreement on this issue, and it should be relatively straightforward to implement. The next question is how much this mandated weekly safety net payment should be. The union says $250. Talking to a few approved employers, you get the sense that they are thinking somewhere around the $150-200 mark. Somewhere in the ballpark of $200 therefore seems reasonable and uncontentious for both short-term and long-term workers in the scheme. This would provide both workers and their families with greater week-to-week certainty.

Anecdotally, many employers do provide a minimum already, but there would be a benefit to making this minimum compulsory. It would reassure workers, other employers and, importantly, the public, that workers are being treated fairly and have a safety net to protect them. This minimum amount will hopefully be more symbolic than necessary, especially now that the normal flows of seasonal labour are starting to resume. On very low weeks, or when the weather is terrible, or when disaster strikes, having a minimum payment would serve as the uniform safety net that all employers must meet.

With the high level of media coverage this specific topic has received, and the support for this idea from both unions and employers, this could be a great addition to Labor’s policies for improving PALM, and seems like an easy win. With the Deed of Agreement yet to be finalised, a safety net should be included to guarantee a post-deduction minimum earning for Pacific workers.