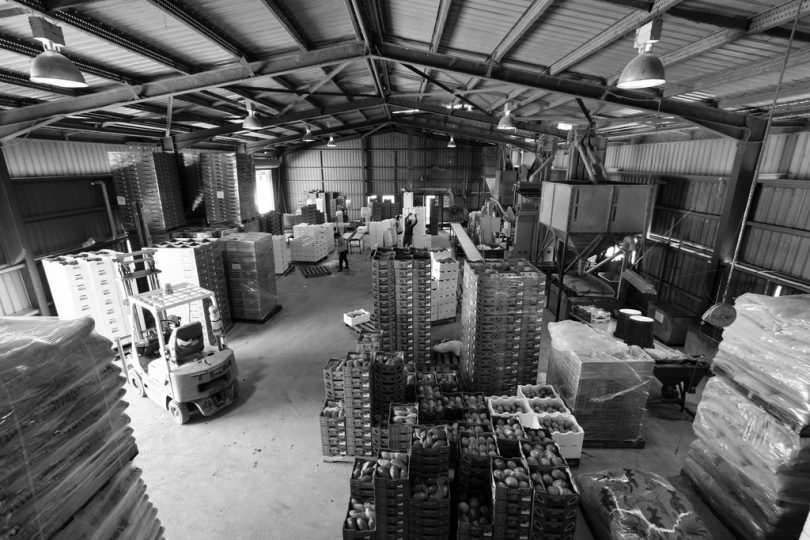 The Australian Bureau of Agricultural and Resource Economics and Sciences (ABARES) has published a report comparing the performance of workers under the Seasonal Worker Programme (SWP) with Working Holiday Makers (or ‘backpackers’).

Commissioned by the World Bank, the report extends a previous small-scale ABARES study carried out in 2013. Its findings are based on data collected from horticultural employers using seasonal workers and/or backpackers over three years.

The report asks two questions: what difference does labour choice (backpackers v seasonal workers) make to productivity; and what difference to profitability? Unfortunately, it only provides a satisfactory answer to the first.

The main finding of the report is that seasonal workers are considerably more productive than backpackers: by 20 percent on average.

It is important to note that productivity here is measured simply as wages per hour. All employers on which productivity calculations were based used piece rates. The more productive workers filled more bins, and therefore earned more dollars per hour.

It is also important to note that the samples for these conclusions are very small. Only three employers provided wage spreadsheets which allowed comparisons of backpackers and seasonal workers. Nevertheless, the finding confirms the earlier 2013 ABARES study, which found that seasonal workers were 22 percent more productive than backpackers. It also confirms anecdotal evidence from farmers who use the scheme.

So much for productivity. What about profitability? Should higher productivity push employers to hire seasonal workers? Here, things are not so simple.

As mentioned previously, all the workers in this survey are on piece rates. With piece rates, more productivity means higher wages rather than profits – at least in the first instance. Over time, however, use of more productive workers could push piece rates down – and profits up – since piece rates are required to be set on the basis that the average worker should be able to earn 15 percent above the minimum wage.

For it to be worthwhile for farmers to hire seasonal workers simply on the basis of their ability to pick faster, their deployment would have to result in the piece rate being reduced by enough to offset their higher non-wage costs. Whether this happens the report does not tell us. Given that seasonal workers earn on average about $4 more per hour than backpackers, it is possible that the farmer would lower the piece rate a little (for everyone) to capture some of the productivity gains, but we would have to learn more about how piece rates are actually set.

According to an earlier World Bank-Devpolicy survey of employers, two-thirds of those who hire seasonal workers use piece rates. The findings of the report suggest that profitability would go up for employers not using piece rates, but a separate study to confirm this would be needed.

To summarise, it’s possible that profitability goes up with productivity, but we can’t actually conclude that from the report. It is a pity the report doesn’t look at all into piece rate setting. Its conclusion “Higher productivity is expected to have a positive influence on farm profitability.” could have been written without any research at all.

There are other explanations, not linked to productivity, for why farmers might prefer to employ seasonal workers. Though it is not explored in the report, anecdotal evidence suggests that seasonal workers, especially experienced ones, pick not only faster but with higher quality, resulting in lower spoilage and a fresher product. This would result in greater profitability for farmers.

Another explanation, one that is highlighted in the report, is that growers consider seasonal workers to be a more reliable labour force. Reliability is especially important for industries where the window for picking fruit is narrow, and where high levels of staff turnover present a risk to the harvest. The report notes: “Employing seasonal workers as part of the core workforce lowers the risk of not finding workers, due to the predictable employment period, and the contractual nature of their employment and visa conditions.”

It is clear from both the report and our previous surveys of employers that growers often employ a mixture of seasonal workers and backpackers. The former are employed as a core workforce over the picking season, the latter are employed as needed and at short notice.

The bottom line from this study is that seasonal workers earn more and cost more than backpackers, and are more reliable. This findings give us some understanding of the factors that lead to farmers hiring seasonal workers. The relative importance of these various factors, however, remains a puzzle.

There has been rapid growth in employment of seasonal workers in recent years. We don’t really have a good understanding of what has led to this expansion. Greater awareness of the scheme is likely to have played a part. Other possible explanations include increasing attention paid to unregulated or illegal labour in horticulture, and perhaps a dip in the number of backpackers seeking farm-based employment. The ABARES report certainly provides some useful information about the potential benefits and costs to employers from the SWP. But more research is needed. One topic should be the setting of horticultural piece rates.

The report “What difference does labour choice make to farm productivity and profitability in the Australian horticulture industry? A comparison between seasonal workers and working holiday makers” is written by Shiji Zhao, Bill Binks, Heleen Kruger, Charley Xia and Nyree Stenekes. It is published as Research Report 18.1 by ABARES.