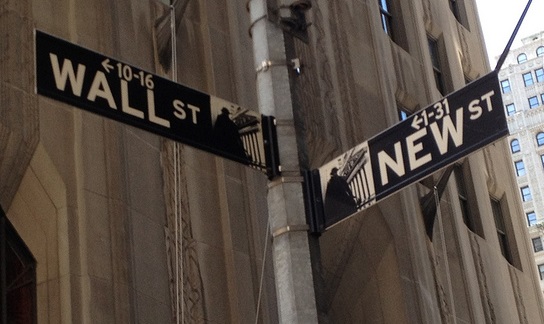 Can the SDGs guide us to a ‘new economy’?

There’s growing talk about shifting to a ‘new economy’ but not much agreement about what it means. Do the Sustainable Development Goals (SDGs) point the way to a new economy?

Different definitions of the ‘new economy’

In Australia’s recent federal election, the term ‘old economy’ was used in a negative sense to smear political opponents. Some politicians referred to ‘tax and spend’ as the old economy and ‘a downward trajectory of spending’ as the new economy. Unsurprisingly, their political opponents used different definitions, referring to a need for “new investment in education, a new model for infrastructure’ as part of ‘the transition from the old economy to the new”. In this feast of democracy, the term new economy was used as a political football.

The business world says the new economy is the tech-led economy, particularly related to IT innovation. Surely online marketing platforms like Airbnb, Uber, Lyft and Storagebuck are examples of such technological innovation. But Melbourne journalist Andrew Masterson argues that the owners of these companies practise “the same single-minded pursuit of unconstrained expansion as the older corporations.” Their corporate strategies, he adds, are just like the old corporate strategies, “aimed squarely at enriching the company owners rather than the growing numbers of downstream plain folk.” Not everybody agrees that the tech-led economy constitutes a new economy.

If there is a common thread across each of these versions of ‘the new economy’, it is a feeling that the old economy – characterised by inequality and unsustainable growth – needs replacement, but uncertainty and division about what the new economy should look like.

Can the SDGs help?

So can the UN-led SDGs shine a light through this uncertainty and division, giving us a clearer vision of a new economy?

US economist Jeffrey Sachs seems to think so. He’s helped produce an SDG Index that measures the performance of 149 countries across 77 indicators. He says the SDGs “pour scorn on the once-popular idea that ‘greed is good’ by emphasizing that an American society (indeed any society) built to last must look beyond greed to honesty, solidarity, and sustainability.” Viewed through Sachs’ lens, the SDGs are a springboard to noble action.

But have the SDGs really produced a unified vision? Around the SDGs we see the same debate about whether they are too committed to preserving the old economy.  One anthropologist writes, “The core of the SDG program for development and poverty reduction relies precisely on the old model of industrial growth — ever-increasing levels of extraction, production, and consumption. And not just a little bit of growth: they want at least 7 percent annual GDP growth in least developed countries.” Others express fear that “companies look set to ‘cherry pick’ the SDGs they want to focus on and ignore others that don’t meet their corporate priorities or comfort zones.” Perhaps corporations will just use the SDGs as a marketing strategy, while sticking to the old economy, characterised by inequality and unsustainable growth.

Sure, there are glimpses of a new economy, with SDG 12 committing us to ‘sustainable consumption and production patterns’ and SDG 13 to ‘urgent action to combat climate change and its impacts.’ But pessimists note that enforcement of the SDG agreement is ‘toothless’. Key nations have been unwilling to make the SDGs legally binding yet have happily signed up to trade agreements that “are quite enforceable, not just by country parties but by multinational corporations.” Some SDGs are inspiring but without enforcement they will be difficult to achieve.

Some argue that the SDGs are just an unsorted wish list, where “the choice to pursue one goal inevitably impinges, to a greater or lesser degree, on the possibility and prospects of pursuing or achieving another.” If there is an SDG economy, it is just as vague and riddled with division as the tech-led economy, the green economy and the globalised economy.

The SDGs are a tentative first step towards a fairer, more sustainable world. But we have not yet built a clear, widely agreed vision of the new economy. That is the next step.

Dr Terry Russell works as an international development practitioner with ABM in Sydney. The views expressed above are purely his own. This post is published in collaboration with Policy Forum, Asia and the Pacific’s platform for public policy analysis, debate and discussion.