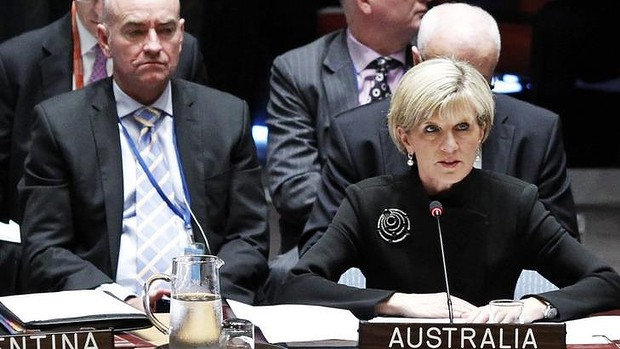 The recent UN summit in New York aimed to reinvigorate global action on climate change ahead of a new agreement planned to be signed in Paris in late 2015. Climate finance for developing countries was billed as one of the summit’s major areas for action. But how much progress did the summit make on financing, and what does it all mean for Australia’s role?

Pledges aplenty – but a long way to go

The summit managed to generate a number of significant announcements on funding. Some of the biggest-ticket announcements came from the private sector. But, as the summit emphasised, public finance still has a vital role to play in addressing climate-related needs that struggle to attract private investment, notably for adapting to the adverse impacts of climate change. I’ll focus here on pledges of public finance made by national governments.

Perhaps the most notable announcement was France’s pledge to the UN Green Climate Fund (GCF) of US$1 billion over four years. This followed hot on the heels of an equal contribution by Germany in July. Along with a range of other smaller pledges from developed and developing countries, this brought resources committed to the GCF to around $2.3 billion in total.

Despite these moves, other major economies—including the US, Japan and the UK—kept their powder dry. As a result, there’s still a long way to get to the $10 billion target proposed for the GCF. And even if that target is reached, they’ll only make up a modest slice of the $100 billion a year in climate finance that wealthy countries have committed to mobilise by 2020.

Much has been said about Australia’s lacklustre performance at the summit in failing to boost its inadequate emissions reduction targets. (One of the more amusing comments of the week was that Australia had now joined Canada in an ‘axis of carbon’.) The most widely reported positive from Ms Bishop’s statement to the summit was a commitment to join a declaration on phasing down hydrofluorocarbons (HFCs), which have powerful short-term effects on the climate. But Ms Bishop’s comments on climate finance have attracted less attention.

Two aspects of Ms Bishop’s statement are notable in this regard. First, the following:

Between 2010 and 2013, Australia delivered around $600 million to support developing countries to respond to climate change. And we are continuing to play our part. […] A significant part of Australia’s aid is invested in programs in the Pacific. This includes helping Pacific countries build resilience to climate related shocks and manage the impacts of climate change.

Climate-related aid has been under a cloud since the Coalition came to power, not least since Bishop declared in late 2013 that ‘Climate change funding should not be disguised as foreign aid funding’.

Australia’s statement in New York remained deafeningly silent on future funding levels. But it was good to see at least some recognition (as the Climate Institute’s John Connor pointed out) that the aid program will continue to fund some adaptation activities.

Which brings us to the second item of note in Australia’s statement:

Australia’s Minister for the Environment, the Hon Greg Hunt, will host an Asia-Pacific Rainforest Summit in Sydney on 12 November. The Summit will bring together political leaders and leaders of major corporations and civil society to consider practical ways to protect rainforests. Areas for potential progress include helping countries to use satellite data to monitor land use; and helping the private sector to reduce deforestation in the production of consumer goods.

The Rainforest Summit follows through on an election pledge. Plans for the summit were fleshed out the following day by Mr Hunt. If helping countries to monitor and reduce deforestation through remote sensing sounds familiar, it’s because the previous Coalition government already started doing it under the aid-funded Global Initiative on Forests and Climate [pdf] (later to become the International Forests and Climate Initiative under Labor).

It remains to be seen whether a regional summit will help to capitalise on the momentum of the UN summit or will pale in comparison. It may not help that Australia, unlike the US, Japan and 25 other countries, did not sign onto one of the other major products of the UN summit: a New York Declaration on Forests [pdf] aiming to halve natural forest loss by 2020 and end it by 2030. But it could provide Australia with an opportunity to take a leading role in tackling deforestation in the region, as long as it is willing to commit substantial resources to help neighbouring countries to do so.

In principle funding could be drawn from the aid program even if it weren’t billed as climate finance, as forest protection can generate a range of environmental and economic benefits beyond storing carbon.  Nevertheless, the memory of difficulties that Australia encountered in its previous efforts to reduce deforestation in Indonesia may dampen the government’s enthusiasm for another big splash.

Australia’s reticence on climate finance will be put to the test again in November when the GCF convenes a formal pledging session.

Earlier in the year, Australia announced it would contribute A$93 million to the Global Environment Facility (GEF). As previously reported on this blog, around a third of this funding will support climate change mitigation in developing countries. But as the GEF also addresses other environmental problems, Australia has been able to sustain some funding for mitigation without formally badging it as climate finance. With a fund such as the GCF that is squarely focused on climate change, flying under the radar in the same way will not be an option.

Analysis by Oxfam, just published in Nature Climate Change, suggests that Australia’s fair share of GCF funding is around 2.7 per cent, which is fairly similar to the 2.4 per cent figure that two ANU colleagues and I proposed in a 2011 working paper. As it happens, Australia’s actual share of GEF-6 came in at 2.4 per cent [pdf, p.238], although its traditional ‘basic share’ or burden share in the GEF remains, for somewhat arcane reasons [pdf, p.3], at 1.46 per cent.

For a US$10 billion target a share of 2.4-2.7 per cent would amount to US$240-270 million (or around US$60-70 million a year if spread out over four years like France’s pledge). Not an insignificant amount, but eminently manageable given that Australia’s climate finance averaged A$200 million a year between 2010-11 and 2012-13. A figure closer to its basic share would be even more affordable.

If the government wants to maintain its inexplicable opposition to the use of aid for direct action on mitigation, it has the option of earmarking its GCF contribution for adaptation only. This might cause the odd raised eyebrow, but it would do no harm given that other countries’ financing efforts to date have been skewed toward mitigation investments.

In theory, Australia might still claim to be ‘playing its part’ by delivering the same share of climate finance through bilateral channels rather than through the GCF. But climate change is a global problem requiring a consolidated global response. Many countries would interpret a decision by Australia not to fund the GCF as another snub to multilateral cooperation on climate change.

Whether or not the government ultimately cares very much about climate change, it can ill afford to squander the goodwill it needs to secure cooperation from other countries on other global issues that it cares about more.

Dr Jonathan Pickering is a Visiting Fellow at the Development Policy Centre.