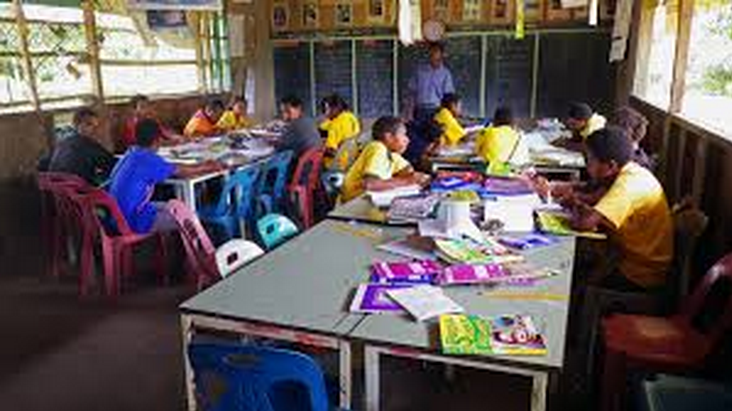 ‘Libraries gave us power’ is the first line from Welsh band the Manic Street Preachers’ chart-topping 1996 single, A Design for Life. The line speaks to our collective belief in the emancipatory potential of education, a belief that is central to many development policies and programs. Indeed, improving education and awareness of the poor is considered a key solution to poverty (see: here and here) and poor governance (see: here and here).

But the line from education to positive development outcomes is not always straight.

This is shown by two very different academic works. The first comes from anthropologist, Akhil Gupta. In his 2012 book, Red Tape, Gupta draws on his ethnographic fieldwork with state bureaucrats in India to examine the way in which the state engages with the poor.

In chapters five and six, Gupta initially focuses on the way that writing marginalises the poor. Given the primacy placed on writing by officialdom, oral testimonies of illiterate villages and head men were dismissed by Indian bureaucrats. Only written complaints were taken seriously. In turn, most complaints about the state did not involve the public; rather they consisted of petitions by subordinate officials against their immediate superiors. So while public officials had a route for redress, the poor were denied a means to complain about the non-delivery of public goods and services, thus perpetuating what Gupta labels ‘structural violence’.

However, Gupta stresses that the relationship between structural violence and literacy is complex. He states that structural violence is not ‘the straightforward result of literate bureaucrats having access to writing and villagers not having it’ (page 231). To demonstrate this, he shows that the ability of the poor to obtain a loan for cattle or a grant for housing was a function of knowing the right people, more than being able to sign the right form. The problem with relying on relationships to access state resources is that they are arbitrary; the poor’s access to resources changes with the status of their relations.

Gupta concludes that his findings challenge ‘the easy certainties of a politics that sees literacy as an end in itself’ (page 233).

The second work that highlights the need for caution towards the role of education is found in an academic article (pay-walled) by political scientist – and head of the Development Leadership Program – Heather Marquette. Marquette critically examines the role of civic education campaigns, particularly those aimed at addressing corruption.

To do so she draws on a 2002 report [pdf] by USAID’s Office of Democracy and Governance that reviewed civic education initiatives in three countries – the Dominican Republic, Poland and South Africa. The report found that civic education programs aimed at supporting democratisation produced significant positive impacts on some democratic behaviours and attitudes – such as political participation and knowledge about democratic institutions and structures. However, in some cases civic education appeared to have a negative impact on trust in all political institutions. This reduction in trust came about whether the particular institutions were covered by the civic education program or not. In other words, as citizens better understood the democratic system and how it should function, they were less inclined to trust key institutions. Marquette warns that this could result in further entrenchment of clientelistic behaviour: as citizens become aware of the inadequacies of formal institutions, they are likely to want to rely on informal networks.  .

For Marquette, this highlights a key contradiction that donors must be aware of when designing civic education programs aimed at promoting democracy and reducing corruption. Namely, that while civic education is critical for the important task of changing public values, it can undermine state building efforts – mending ethnic tensions by building national unity, for example – that are particularly crucial for new democracies. She argues:

The needs of a new democracy and the need to educate against corruption may actually come into conflict, with the one negatively impacting upon the other (page 241).

This should not necessarily deter donors from raising public awareness around critical political issues, Marquette says. Donors may make a difference by strengthening homegrown campaigns and institutions, while at the same time, investing in schools and teachers. But she warns that the millions poured in to civic campaigns could be wasted if donors do not adequately fund and target their campaigns, and if they try to rely too heavily on education in and of itself to shape behavior.

In different ways, Gupta and Marquette show us that education is no magic bullet when it comes to addressing key development challenges. Neither of these writers would argue that education is not valuable, rather their findings challenge donors and policy makers to look more closely at the limitations and unintended consequences of education programs.

Even if one of the best bands in the world insists on the emancipatory power of libraries, policy makers, development practitioners and academics should be careful not to ascribe education with powers that it does not have.

Grant W Walton is a Research Fellow at the Development Policy Centre. A thought-provoking series of reviews on Akhil Gupta’s Red Tape can be found here.