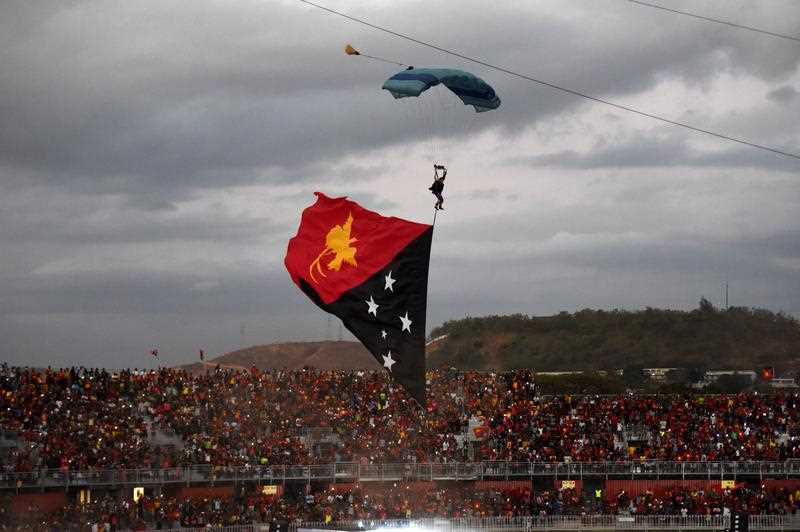 From economic boom to crisis management in PNG

Papua New Guinea (PNG) is a land of contrasts. 2015 started with the prospect of PNG having the highest GDP growth rate in the world at over 21 per cent. It finished in crisis management and cash shortages. PNG proudly celebrated its 40th anniversary of independence, hosted a successful yet expensive Pacific Games and its prime minister strode the world and regional stage. But the 2016 Budget, rushed through Parliament in November given a looming vote of no-confidence, introduced even more extensive expenditure cuts than Greece has endured.

Extensive currency controls are hurting businesses and undermining growth. Local businesses are facing major drops in sales and most believe the outlook will not improve in 2016.

Newspaper stories report shortages of government cash. Funding is not being paid to urgent medical programs, there are uncertainties as to whether public servants will be paid, teacher entitlements are being deferred and superannuation contributions are not being deposited. A sovereign bond was the planned solution to these cash flow problems but it has been put on hold until the middle of 2016, reportedly due to a lack of market interest.

The new PNG LNG project is functioning better than planned and LNG export volumes are booming. This should have been an opportunity for PNG to improve its international credit rating. However both Moody’s and Standard and Poor’s have moved PNG onto a negative watch list. And the high GDP growth rate over the last two years hid the negative growth rate on better measures such as non-resource GDP per capita.

So what has gone so wrong?

The overly simplified short-term answer is to blame the fall in oil prices. Government ministers initially denied that there would be any impact on revenues from LNG, PNG’s largest export, claiming PNG LNG contracts were based on fixed prices.

Officials acknowledged the inevitable budget hit in early August with revenue forecasts being reduced by 20 per cent. But there were no specific expenditure cuts to match the fall in revenues. In early October the government finally recognised the export earnings decrease, yet no changes were made to monetary or exchange rate policies.

The 2016 Budget released in November looked good on paper. This was possibly an attempt to win over potential investors in the proposed sovereign bond solution. But more detailed analysis shows that the budget suffered from serious errors and contained unrealistic levels of expenditure cuts.

A more complex answer to what went wrong is based on the tendency of PNG’s political leaders to focus too much of its hopes on its resource sector rather than its people.

Like in the early 1990s, the government started spending up big before actually receiving any revenues from major new resource projects. PNG’s budget deficit levels reached 9.5 per cent of GDP in 2013 and 8.6 per cent in 2014 — the highest deficits in its history. If the fiscal starting point in 2015 had been similar to the almost balanced budgets of the previous decade, then the fall in commodity prices could have been met with an expansionary fiscal policy rather than fiscal consolidation.

Greater focus on improving the performance of the agriculture sector would do much more for the people of PNG than a focus on the resource sector. Around 80 per cent of PNG’s population still depends on subsistence agriculture. From 2003 to 2015, real per capita growth rates in the agriculture sector averaged only 1.1 per cent per annum — one-third of the growth rate of other non-resource sectors. The high exchange rate is possibly the most important policy instrument that undermines incentives for growth.

Looking ahead, economic policy in 2016 will be greatly affected by the uncertainties of a possible vote of no-confidence in the government and the rapidly approaching 2017 elections.

The easy option will be to talk up the foreshadowed major Papua LNG project. Providing generous tax concessions will help get the project underway. And the investment stage of such a project could start injecting cash into the economy by the time of the 2017 election. But such resource tax concessions are part of the reason for PNG’s current fiscal problems.

A harder path politically would require a more balanced and realistic approach to PNG’s medium-term development. A lower, market-based exchange rate would improve the incomes of agriculture exporters and import-competing industries as well as boost the prospects for foreign investment. The revenue base will need reinforcement and tax reform proposals suggested by the government’s recent tax review need to be embraced. The expenditure focus should be on effective implementation and fighting corruption.

Wages and competition policies also need to support longer-term growth. PNG has muddled through similar crises in the past. But on each occasion, there has been a change of Prime Minister and an international assistance package.

PNG has great prospects, but slow policy responses and a growing number of poor policies hinder its outlook. Yet, given the politics, it is unlikely that PNG will benefit from the leadership required for making the tough decisions rather than taking the easy way out.

This blog was originally published as part of an East Asia Forum special feature series on 2015 in review and the year ahead.