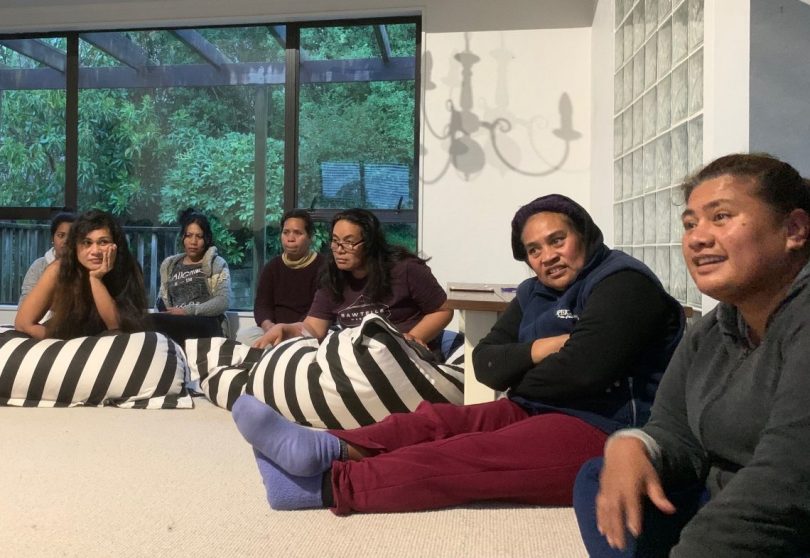 This is the second in a series of blogs outlining key findings from the Impact Study of New Zealand’s Recognised Seasonal Employer (RSE) scheme. The Study, involving over 480 research participants, examined some of the RSE scheme’s social and economic impacts in six New Zealand communities and in five participating Pacific countries. More than 100 RSE workers were interviewed about their experiences working and living in New Zealand.

New Zealand’s RSE scheme has an international reputation as a good practice temporary labour migration program. The scheme has been designed to deliver benefits to RSE employers, New Zealand’s horticultural industry, and participating Pacific countries through RSE workers’ savings and remittances, which contribute to economic security at home.

There are, however, features inherent to temporary labour migration programs like the RSE scheme, such as restrictive employment conditions that bond RSE workers to a single employer, which generate criticisms regarding workers’ limited rights and the potential for worker exploitation.

In an export-driven horticultural industry which aims to be ‘squeaky clean’ in terms of ethical labour standards, recent media coverage of alleged exploitation of RSE workers has shaken the industry and brought to the fore concerns regarding workers’ limited freedoms in New Zealand.

Raising complaints – being a ‘trouble maker’

The great majority of workers we interviewed were positive about their participation in the RSE scheme despite the social costs associated with long periods of absence from family.

RSE workers raised some concerns about employment conditions, mainly around pay rates and how piece/contract rates are calculated, and understanding employment contracts and employer deductions (e.g. for weekly accommodation and transport). A common complaint was that accommodation costs tended to rise each year while accommodation facilities and quality remained unchanged.

An undercurrent in many of the interviews was a concern that any critical comments raised by RSE workers might be interpreted as evidence that they were unhappy about the work they were being asked to do or that they would be labelled ‘trouble makers’. In the interviews, many workers made explicit requests not to report any critical comments back to their RSE employer for fear that they might not be invited to return the following year.

The fear of being singled out as a ‘trouble maker’ highlights one of the major barriers for workers when it comes to raising complaints. Despite formal processes being in place for RSE workers to raise issues of concern through the Ministry of Business, Innovation and Employment’s (MBIE) Labour Inspectorate, this is unlikely to occur.

The Impact Study identified a range of structural, cultural and perceptual barriers in New Zealand and Pacific countries that inhibit RSE workers from raising issues of concern about their employment or living arrangements.

In New Zealand, power imbalances in the workplace between RSE employers and their workers mean workers may be hesitant to raise complaints for fear of losing their job and not being recruited for the next season.

RSE team leaders are often the first point of contact for workers’ concerns, and generally act as the intermediary or negotiator between workers and their employer. This can be problematic as team leaders may want to avoid confrontations with the employer and/or protect their own position as a successful team leader.

Customary respect for authority frequently prevents workers from raising complaints. Some I-Kiribati informants described their people as tending to be shy and compliant in situations that are unsatisfactory, rather than asking questions or raising issues.

Most Pacific countries have a New Zealand-based Pacific Liaison Officer (PLO) whose role is to support RSE workers. Some PLOs are able to play an active support role, while others lack the time and resources to assist workers adequately.

PLOs are employees of their Pacific government, which may create the perception of a conflict of interest. Workers may be concerned the PLO will relay their complaints to Pacific officials at home, potentially jeopardising their place in the scheme. At times, PLOs hear about workers’ issues through members of the local Pacific community, rather than from workers directly, and raise these concerns at meetings between PLOs and MBIE officials.

Workers are more likely to share their concerns with people with whom they have developed a relationship and built trust, such as church ministers, pastoral care providers and Vakameasina tutors. However, workers are generally hesitant about these people acting on their behalf. Few RSE workers are members of local unions.

At the Pacific end, workers may face constraints from village leaders, local recruitment agents and Pacific government officials. Pacific countries are competing with each other for a limited number of RSE work opportunities and each country wants to maintain its reputation as a supplier of hardworking, productive and compliant seasonal labour. Some workers reported in interview that they had been told not to raise complaints in New Zealand as they need to uphold the reputation of their country as a source of productive, compliant workers.

At the scheme-level, while RSE employers are surveyed annually on a range of topics about the RSE, the voice of RSE workers is completely absent. There is no regular mechanism in place to monitor RSE workers’ experiences in New Zealand. To date, MBIE has had little direct contact with seasonal workers during their periods of employment and has instead relied on worker intermediaries – RSE Relationship Managers, PLOs and other Pacific government officials – to provide a second-hand account of worker experiences and perspectives.

Supporting workers to have more voice in New Zealand

Supporting the RSE workforce to give voice to their concerns is problematic. For workers to be comfortable about sharing issues it is crucial that comments cannot be traced back to individuals and workers are able to set aside their fears of reprisals.

There is a need for an independent mechanism for workers to voice concerns. This has become more apparent over the past six months when thousands of Pacific RSE workers have remained in New Zealand, beyond the completion of their original employment contracts due to COVID-19 travel restrictions. Concerns have surfaced around worker welfare with many RSE workers employed on reduced hours, with limited money to cover their living costs, and no guarantee of when they will return home.

RSE employers and PLOs remain the main channels of communication between MBIE and RSE workers. MBIE is currently working on how better to connect with workers. Social media platforms such as Facebook are an increasingly popular tool for distributing information and MBIE is considering the use of other digital platforms to communicate with workers and get their feedback.

Another option would be to contract an independent agency to run exit workshops for groups of RSE workers prior to their return home. Participation would be voluntary and would allow workers to express concerns anonymously. An annual report summarising the responses from RSE worker exit workshops could be released alongside the annual RSE Employer survey. This would provide MBIE with some regular monitoring of workers’ experiences.

The ongoing travel restrictions due to COVID-19 are causing major challenges for all stakeholders in the RSE scheme, especially for RSE workers and their employers. However, COVID-19 also presents an opportunity for a significant rethink of aspects of the RSE scheme’s operation. One of these is the need to bring RSE workers voices to the fore and to give workers greater agency to share their perspectives, concerns and experiences. This is essential if the RSE scheme is to retain its reputation as a ‘best practice’ scheme.