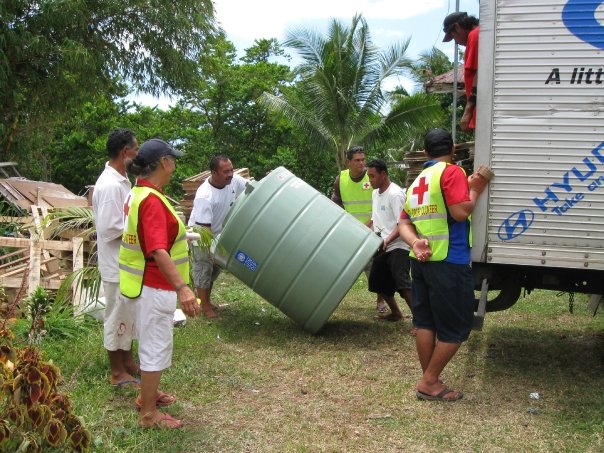 The dust has settled on another global humanitarian reform process, the Grand Bargain 2.0 (GB 2.0). Five years after the World Humanitarian Summit initiated the first Grand Bargain in 2016, the humanitarian sector has recently concluded a much tighter and more focused dialogue to establish an updated framework for humanitarian reform. The original ten pillars of the Grand Bargain have now been collapsed into two ‘enabling priorities’, focusing on quality funding and a more central role for local actors and affected communities. Additionally, the creation of peer ‘caucuses’ may go some way to attracting the high-level political engagement that is so necessary for these difficult reform commitments to deliver positive change.

Despite its detractors, the Grand Bargain remains the only multi-stakeholder forum at which donors sit around the table to address humanitarian reform issues with international NGOs, the Red Cross and Red Crescent Movement, and UN humanitarian agencies. In a welcome addition to the consultative process, representation from local NGOs is now included – past reform processes have tended to only target subsectors of the humanitarian system. The high-level objectives of the second iteration of the Grand Bargain remain focused on delivering a quid pro quo between donors and implementing agencies, aimed at making humanitarian assistance more transparent, efficient and effective.

For the Australian Government, narrowing the focus to these two priority areas is a win. Australia has long considered the original ten workstreams to be overly complicated, and that localisation needs to be better integrated. This would address accountability to affected populations and provide greater cash programming to meet the true intent of the reforms. Australia will have a role in maintaining this focus and ensuring that the Grand Bargain processes do not unravel into multiple and disparate agendas.

The localisation agenda at the heart of the new Grand Bargain has also gained strong traction in the Asia-Pacific region, and the Australian sector has taken some serious, albeit ad hoc, steps about delivering on the commitments. The direct focus in GB 2.0 on localisation and quality funding puts the onus on Australia to articulate its reform priorities more clearly and deliberately. The following are three reform initiatives that can help guide this.

1. Stronger demand-driven models. Despite Australia’s humanitarian assistance being tightly targeted to the Asia-Pacific region, it is still primarily a supply-driven model. Funding decisions are largely made in Australia, and the focus of programs tends to rely on the mandates and technical focus of international NGOs and UN organisations. Additionally, in-country humanitarian coordination continues to be dominated by internationally defined technical structures.

In Asia and the Pacific, where there are strong local state and civil society capacities, there is no reason to maintain these models. The Pacific has itself developed a multi-sectoral approach to disaster management through the Framework for Resilient Development, which could form the backbone of locally defined humanitarian objectives and outcomes. Australia needs to think through how it can remove itself as both the financial arbiter and prescriber of pathways, and instead fund more directly into locally-defined solutions.

2. Addressing the burden of compliance on local actors. Attempts to move the needle on localisation have been challenged by the business and compliance structures of Australian (and other donor) aid management systems. These range from rigid planning, reporting, budgeting and performance frameworks, to black letter interpretations of legislation on counterterrorism and child protection requirements. The expectations of these systems often prove difficult for local actors.

The GB 2.0 ushers in the opportunity to reset, and have a more mature conversation about the impact of business processes and risk tolerances in settings that are inherently risky. In practice, the identification and management of risk in humanitarian settings is highly challenging. These conversations could focus on how Australia and other donors might better share risks, and develop more mutual partnerships with local actors. A range of models for such approaches already exists. Australia could also work with other donors to harmonise risk and compliance standards.

Australia typically manages risk and compliance through utilising intermediaries (Australian managing contractors, international NGOs), and uses these mechanisms extensively in the humanitarian sector. There are currently few incentives for intermediaries to adopt more equitable local partnerships and empower local actors. It is an area that calls for much greater creativity, and for Australia to set targets with its intermediary partners that create stronger incentives and shift behaviours. There is already some agreed guidance on this from the Grand Bargain localisation workstream.

3. Funding models. The primary focus on quality funding in the GB 2.0 also provides opportunities for changes to Australia’s humanitarian funding models. While long discussed, there remain very few examples of Australia providing core and predictable funding to local organisations in the humanitarian space, despite much evidence that this is key to their effectiveness. At a minimum, all intermediaries should pass on overhead and operating costs to local organisations. There is also scope for Australia to incentivise more country-based pooled funds in the region, managed through local platforms.

Although somewhat lost within the GB 2.0 discussions, the need to increase and diversify funding was one of the main conclusions of the World Humanitarian Summit in 2016. However, five years on, the system still relies heavily on four major bilateral donors (Germany, the USA, the UK and European institutions) to provide over two-thirds of global humanitarian funding. While there have been increases by several of these donors, and more lending by multilateral banks and different financial instruments, this over-reliance on a small number of bilateral donors is not ideal. Alarmingly, Australia’s commitment to increase its share of humanitarian funding to $A500 million per annum has disappeared from forward estimates. For the reform efforts within the GB 2.0 framework to have a positive impact in our region, it is important for the Australian Government to not only maintain but increase its humanitarian funding commitments.