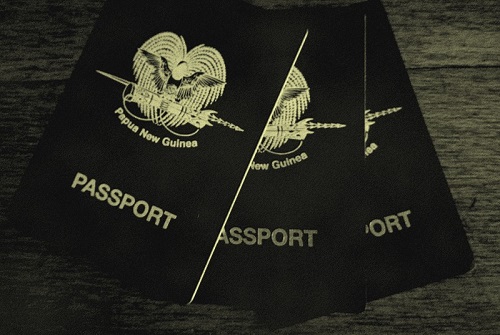 Why is it that Papua New Guinea, as a country of nearly nine million people, including 3.2 million men and women aged 20 to 45 years of age, have so few workers accessing high paying, low-skilled jobs in its near neighbours?

The issue of few PNG workers getting jobs through Australia and New Zealand’s seasonal work programs was raised in PNG’s National Parliament at the end of August 2018. Mr Ling-Stuckey, Member for New Ireland and the Shadow Treasurer stated: “I am very concerned that PNG is not rising to meet this wonderful opportunity. Last year, Tonga, with a population of about 107,000 people — which is smaller than New Ireland’s population — successfully engaged 2690 of its citizens in Australia, sending home about A$26.253 million in foreign exchange or about K64 million.”

In a recently published Devpolicy Discussion Paper, I have analysed the most recent available data to the end of financial year 2017-18, and compared PNG’s performance with the other eligible countries for both the Australia and New Zealand seasonal work schemes. In 2017-18, PNG had only 92 workers go to Australia under the Seasonal Worker Programme, and 138 workers go to New Zealand under the Recognised Seasonal Employer scheme. These are very small shares of the nearly 8,500 SWP workers and nearly 10,600 RSE workers in that year, particularly taking into account PNG’s population, which dwarves the rest of the Pacific.

The Discussion Paper also looks at what other countries, namely Timor-Leste, Fiji and Solomon Islands, have done to lift their performance and what the lessons are for PNG. The starting point for any approach to improving PNG’s performance has to be a realisation that Australia and New Zealand employers hold the key to access to seasonal work. There are no country quotas. It is approved employers who decide whether to recruit workers from local sources such as residents or itinerant backpackers or go to the extra expense of recruiting directly from eligible countries. And they choose which country to recruit from.

The challenge for a sending country is to make it as easy as possible for approved employers, within the proper safeguards, to recruit the workers who they think will be the most reliable and productive. The most difficult part of the process for employers is the first step. Many employers travel themselves to a country to oversee the selection process based on a government-managed pre-selection process called the work-ready pool. Or they turn to a trusted intermediary they know who has links to a community in the sending country.

The Discussion Paper concludes that some form of intervention is needed to improve a sending country’s performance. The paper shows how the Fiji Government has made considerable effort to ensure the pre-selection process draws workers from rural areas, who have been nominated by their own communities as good and reliable workers.

Timor-Leste has funded a labour attaché and employed an assistant labour attaché, recruited from Canberra. These Australia-based intermediaries and hosting a conference for employers in Timor-Leste have played a key role in lifting Timor-Leste’s numbers to 914 workers in 2017-18, gaining third place behind Vanuatu and Tonga.

The Solomon Islands Government has made use of funding from the Australian High Commission to employ, on a two-year contract, a coordinator resident in Australia to make contact with employers, help them gain approved employer status and to minimise the transaction costs involved in the recruitment process by liaising with the Labour Sending Unit. The Solomon Islands Government has also taken the initiative of inviting employers from both countries to take part in the Pacific Labour Mobility Annual Meeting (PLMAM) in Honiara, 8-12 October.

The PNG Women in Agriculture pilot program prepared women to take part in the SWP, showing what rural selection involves in PNG. Five women from Jiwaka Province became the first group of women to travel to work in Australia. An important element of the success of program has been the role of the program coordinator who has been able to act as a trusted intermediary between the selected women and an grower in Australia.

The PNG Government prohibits recruitment agents to stop them charging workers large fees. And it virtually forces employers to select from workers the government has pre-selected into its work-ready pool. Leaving the recruitment function solely in the hands of the government has many problems, including the high risk of government officials taking bribes, selection on the basis of relationships rather than merit, and the inability of government to respond to employers in a timely and responsive manner. Finding trusted intermediaries with ties in both the sending and receiving communities is one way to overcome this problem. One option for PNG is to encourage the mainline churches in PNG with links to both communities in PNG and in Australia to be intermediaries who are trusted at both ends of the recruitment process.

The recruitment, selection and preparation processes for seasonal workers are complex and their management is fraught with risks. No one method is the most suitable to manage these three processes. The sending country context shapes what is possible. Government and bilateral donors need to try out different options to work out the most effective options for that sending country. But surely PNG can, and needs to, do better. Given the shortage of employment in country, and the opportunities for expansion, especially for the SWP (which is growing at 40% a year), PNG should make it a national priority to grow its participation in the SWP.

PNG is making a success of its hosting of APEC because it made it a priority, because partners such as Australia are assisting generously, and because it is involving the private sector. Taking the same approach to seasonal work could make PNG a major supplier of agricultural labour for the region.