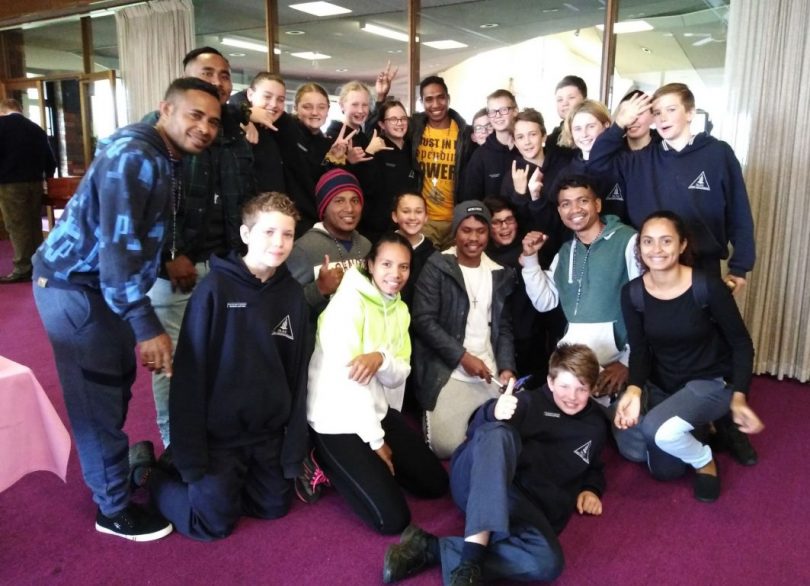 In the 18 months I have been writing about labour migration from Timor-Leste to Australia a constantly recurring theme has been the popularity of the idea. There are two main channels through which Timorese can access work in Australia – the Seasonal Worker Programme (SWP) and the Pacific Labour Scheme (PLS) – and applicants outnumber opportunities many times over.

Scenes that ensued at the recent SWP physical exams, when a crowd of tired applicants expressed their frustration at how the process was being run, speaks poignantly to the unmet demand for work in the outside world (rai liur) and how emotions among those seeking it can run high.

Timor-Leste’s post-war generation are, by comparison with their parents, healthy, educated and multilingual. They are dedicated to supporting their families, but also (much like young people the world over) hungry to experience and learn from life in foreign lands.

Although their nation is tiny, Australia’s critical relationship with Indonesia runs through it, and for that reason alone we need to take their aspirations to work here seriously. Doing so will smooth some troubled history and likely establish Australia as Timor-Leste’s closest foreign partner. Should this be too much trouble for Canberra, it is a role others will gladly take.

The demographics of the fracas at the SWP physical are stark. Timor-Leste’s median age is 17.4 years. According to the UNDP, each year around 20,000 young people come of age and compete for no more than 2,000 new positions in the formal economy. I’d be amazed if it’s even that. Officially, youth unemployment is only around ten per cent, but for the majority scraping by, the line between being in work and out of it isn’t clear. The exact figures differ slightly depending on where you look, but the nature and scale of the problem is not in doubt.

The sad thing is that it didn’t have to be this way. Timor-Leste was never going to be Singapore (not that it wanted to), but it might have been Fiji – that is to say associated with the word ‘holiday’ rather than sitting just above Chad in the Global Hunger Index. A decade of oil and gas extraction could have funded the foundations of a diversified economy, but it didn’t. Tourism, agriculture, light manufacturing, coffee, all had potential, and all have fizzled.

This is absolutely not to say that Timor-Leste doesn’t have visionaries who could turn this around. However, while they wait for an end to the gerontocracy and political drama, others have sought their own way of engaging with the outside world – labour migration.

Most notably, this has involved travelling to the United Kingdom using the Portuguese passports to which they are entitled. McWilliam (2020) estimates there could be as many as 16,000 Timorese there. Pre-pandemic 2,500 were doing three-year stints as guest (EPS) workers in Korea. But the maximum number in Australia has never gone much above 1,250.

Given Australia’s history with and proximity to Timor-Leste, our paltry third place on this list stands out. We know that tens of thousands of Timorese are waiting for a chance to work in Australia. We know that rural Australia is crying out for people who will staff their food processing plants, or better yet staff them and settle with their families. We know, from the success of their diaspora in the United Kingdom, that Timorese workers are up to the job.

Given that managed, regional, labour migration has proved a success so far, letting temporary workers settle permanently when there is an ongoing demand for their labour makes sense.

How? Well, the good news is that a potential feeder program is already in place, the PLS.

As I’ve described previously, around 50 Timorese meatworkers are already settled in Warrnambool in Victoria. Under the present PLS rules their stay is limited to three years and they cannot bring their loved ones with them. I am in constant touch with this community and am confident in saying that, given the chance, many would consider staying and sending for their families.

Those who do so will be, in all seriousness, premium migrants – people with essential skills, a passion for Australian life and (they frequently tell me) happy living in a beautiful town by the beach. Their employers, likewise, are keen not to lose experienced and reliable staff who want to be there. Finding a way to make permanent settlement a possibility would be an easy win.

Such a development would clearly be great for regional Australia, but what would it mean for Timor-Leste? The best ethnographic research we have so far is that Timorese abroad, even when they settle more or less permanently, remain engaged with their homeland. The story of a new Timorese diaspora in Australia would, thus, be one of a country expanded, not reduced.

Moreover, as significant as such an innovation would be as a direct source of work for Timor’s joven (youth), it would feed into the bustling informal economy of vendors, students, swidden gardeners and care givers – that is how most of its people live. A Timorese family tree with roots in Australia will be stronger not weaker.

Nearly twenty years after the restoration of its independence, the continued stability of Timor-Leste depends on finding a way to harness the energy and ambition of its young. Whether considered from a strategic, moral or economic perspective, the case for Australia opening the door wider for them to work and potentially settle here is a strong one, worthy both on its own and as a model for our Step-Up in the Pacific. Moving in this direction will make both countries stronger; let’s not allow this opportunity to go to waste.