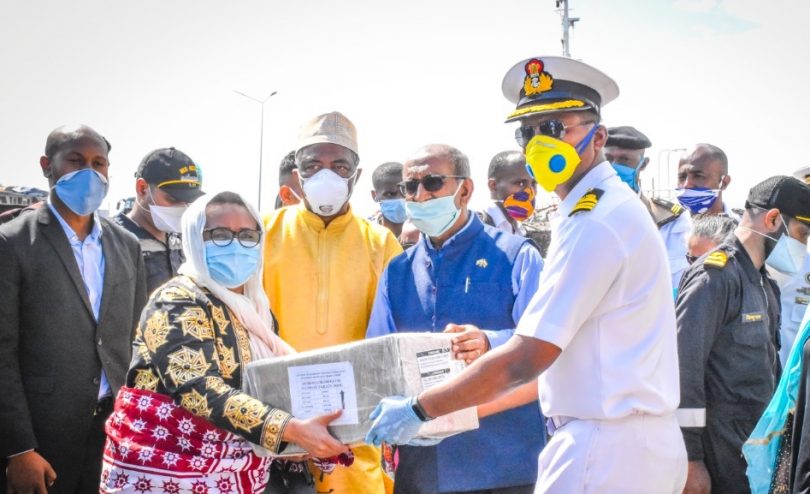 On March 24, 2020, India’s Prime Minister Narendra Modi announced a nation-wide lockdown, bringing the world’s largest democracy and fifth largest economy to a standstill. With a population of 1.3 billion and significant regional and socio-economic disparities, containing the virus has presented unique challenges for India’s policymakers. Few expected India to emerge as a leader in the global pandemic response. Yet, in the wake of the COVID-19 crisis, India has dramatically scaled its global diplomatic outreach and humanitarian assistance.

India has been providing development assistance to its neighbours for decades, reaching as far back as the country’s Independence. Since then, the nature, modality and volume of Indian development assistance has grown exponentially as have its development partnerships and alliances. At the heart of Indian foreign policy and development assistance is the principle of “vasudhaiva kutumbakam” or “the world is one family”. The COVID-19 pandemic has seen this principle in action as PM Modi has reached out personally to counterparts in countries hardest hit by the virus. India’s impressive “COVID diplomacy” has included repatriation of Indian citizens, assistance to more than 28,000 foreign citizens stranded abroad; assembling rapid response and medical assistance teams; and sending medical, food and other essential supplies to affected countries.

Neighbourhood first and outreach in the Indo-Pacific

On March 15, PM Modi convened a virtual meeting of the South Asian Association for Regional Cooperation (SAARC) to discuss a regional effort to combat the virus. He announced the creation of a SAARC COVID-19 emergency fund to which India has made a voluntary contribution of $10 million. India also dispatched teams of doctors to Nepal and the Maldives and supplied wheat and other essential food grains and medicines to Afghanistan. Beyond South Asia, India has also expanded its outreach to countries in the Indo-Pacific, Latin America and Africa. In the Indian Ocean, India was one of the first responders to the COVID-19 crisis, dispatching Indian Navy ship INS Kesar to the Maldives, Sri Lanka, Seychelles and Commoros to deliver essential medical and food supplies in addition to two medical assistance teams.

But by far, it is India’s medical diplomacy that has caught the world’s attention. Building on its strong medical and pharmaceutical capabilities, India has scaled the domestic production and export of drugs in the fight against COVID-19. Following requests from the United States and Brazil, India lifted a domestic ban on the export of the drug hydroxychloroquine (HQC) and has reportedly supplied nearly 446 million HQC tablets and 1.54 billion paracetamol tables to 133 countries. While the efficacy of HQC as a viable treatment for the virus is being questioned, India’s swift response in supplying it and other medicines has been appreciated. India has also recently announced the establishment of Rs 1 billion COVID-19 medical assistance plan that will target 90 countries. India’s medical diplomacy has won praise from several quarters including the World Health Organization, UN and close allies the US, Brazil and France.

Looking outward and engaging with the world is consistent with PM Modi’s vision of an expanded role for India in the 21st century. Since assuming office in 2014, the Prime Minister has dramatically reimagined the tools of India’s diplomatic engagement, drawing on India’s cultural and spiritual heritage to push for and assume a greater leadership role through existing structures – such as the G20, BRICS and Quad – but equally by spearheading new initiatives such as the International Solar Alliance and Coalition on Disaster Resilient Infrastructure. The COVID-19 pandemic is no different.

In several virtual fora, including the first virtual summit of the G20, PM Modi has called for a more effective global response to the pandemic and emphasised the need for a new concept of globalisation based on principles of fairness, equality and humanity. But as India continues to seek out a more significant role abroad, there is growing scrutiny of how it handles the pandemic at home.

On May 12, PM Modi announced a $260 billion financial stimulus package to revive India’s flagging economy, which has been hard hit by the lockdown. Amidst gloomy projections of 1.2 per cent GDP growth in 2020, the PM has called on Indians to be “vocal about local” products and support a new era of economic self-reliance. But the social and humanitarian fallout of the lockdown has many in India worried. The overnight imposition of travel restrictions and closure of factories and businesses has spurred a mass exodus of millions of migrant workers out of Indian cities – many walking thousands of kilometres – to reach home. As state and local governments have struggled to deal with the crisis, the lockdown has exposed fundamental social and economic inequalities, governance failures and the lack of investment in basic healthcare, sanitation, and social safety and welfare programs, especially for the poor and vulnerable. Nearly sixty days and four lockdown extensions later, a growing number of critics argue that the world’s most stringent lockdown hasn’t been effective in flattening the curve. As the government announced a cautious relaxation of lockdown restrictions, India has seen a spike in case numbers with experts warning that India may become the next hub of the virus in Asia.

India’s role in a post-pandemic world

The COVID-19 crisis has given India an opportunity to leverage its image and reputation as a trusted, neutral and credible development partner and to build on its strong capabilities in key sectors such as pharmaceuticals, medicine, biotechnology, clean energy, and humanitarian relief and recovery. But the pandemic has also brought attention to the weaknesses of India’s health, welfare and social protection systems and the fundamental social and economic inequities that continue to keep millions in poverty. The images of migrant workers and their families trudging long distances along India’s roads and highways sit uneasily alongside those of Indians being airlifted back home. As India revives its economy and builds on the goodwill it has generated internationally, policymakers will need to recognise that local is indeed vocal and that domestic policies have a direct bearing on India’s image and its projection of soft power around the world.

Mandakini D. Surie is an international development practitioner and consultant with over 17 years of program design, development, aid and grant management experience in South Asia.