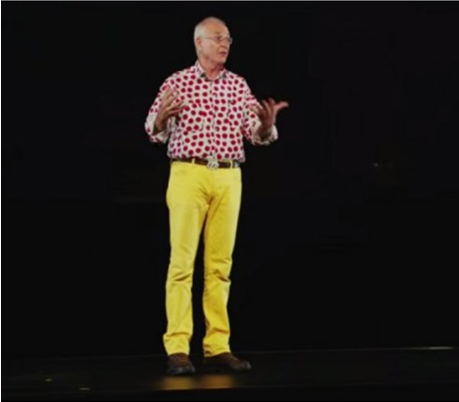 Readers of this blog will be all too familiar with the Government’s $1bn cut to aid for 2015-16. In the face of cuts to most line items, it’s notable that funding to many areas linked to the concept of innovation have been preserved.

The aid program’s ‘Innovation Fund’, which includes (but, confusingly, is not limited to) contributions to the Global Innovation Fund, has been allocated $20m in the 2015-16 budget, towards the $140m over four years announced in Bishop’s new aid paradigm speech. To put this in context, DFAT’s 2015-16 spend here will be equivalent to two-thirds of the entire DFAT spend on bilateral aid to Africa ($32m in 2015-16 – a harsh decline from $231m in 2012-13). This follows several pre-budget funding announcements about the innovationXchange (whose home is said to be modelled on Google’s or Facebook’s HQ), including $20m over two years to Bloomberg Philanthropies’ ‘Data for Health’ initiative; and $20m for Seed Pacific, extending to mid-2018.

And there was even more good news for innovation earlier this year, with the announcement in March of a contribution of $30m over three years to health-sector Product Development Partnerships (PDPs) – Australian aid’s biggest contribution yet to neglected disease R&D. This commitment is part of the Coalition’s mid-2014 commitment of $30m per annum for health and medical research.

On the domestic front, many people will have seen the posters plastered around Sydney’s public transport networks of Dr Karl Kruszelnicki, spruiking the 2015 Intergenerational Report in the lead-up to the budget. The messaging around this advertising campaign was heavy on innovation. In Dr Karl’s TEDx-style promotional presentation for the report, he spoke about the way ‘disruptive technologies’ like Wikipedia and the barcode have improved the way we live our lives and do business. (It should be noted that Dr Karl later expressed deep regret for promoting the report before he was able to read a full copy.)

So by setting up the innovationXchange, and generally protecting innovation-related programs in the 2015-16 aid budget, is the government shifting toward smarter aid spending or just jumping on a bandwagon?

This is a debate that’s trending in the global aid and development space. I think that spending money on innovation is spending money smartly, and that it’s good to see Australia nurturing innovation. Why? The debate is centred around these three questions:

1. Is innovation useful in the development sector?

Yes, if it’s done right. Most international aid and development programmes benefit from innovation. These benefits can come directly from a new product or technology – like a new treatment for multidrug resistant TB that reduces treatment time from two years to six months. Or the benefit can come from an innovative program that uses an existing product – for example chlorhexidine, an antiseptic discovered in the 1950s, was recently rolled out in Nepal to prevent neonatal sepsis and has reduced the risk of neonatal death by 24%.

Advocates of innovation in development are not without opponents. The harshest criticisms I’ve heard come from Langdon Winner who, in this recent interview, slammed the use of ‘disruptive technologies’ in ways that are aggressive and disrespectful to existing technologies. Winner thinks that innovation has its place, but that it, and the related notion of ‘creative destruction’, are being deployed overenthusiastically. In short, he thinks we’ve come to over-value newness and disruption.

Winner makes a good point that is sometimes forgotten in the development sector, stating: ‘you shouldn’t start designing something until you have done at least several months getting to know the people, the situation and the real needs.’ In reality, for innovation to work, the needs of the end users and a wide range of other stakeholders, for example healthcare workers, manufacturers and patients in a country where a health-related innovation is to be marketed, need to be taken into account. These needs are usually very different when you compare developed country markets to developing country markets. For example, effective consultation with various stakeholders in the design process was the reason for the success [pdf] of Design that Matters’ Firefly phototherapy device for the treatment of neonatal jaundice in developing countries (p. 18).

2. How do we measure whether innovation is succeeding?

The answer is it’s not easy and we’re still figuring out how to. Measuring the impact of innovation is a slippery concept because it takes years after a new product or technology becomes available before its intended impact can be measured. While the global development community works out how to approach this, this blog speaks of the ‘secondary returns’ of supporting innovation, like engaging thousands of the world’s best scientists in solving some of the most important problems of our time; the scientific gain from learning from failures; and capacity building in low- and middle-income countries.

And of course, when we look at success stories that have resulted from investing in innovation, they speak for themselves. Which makes it easier to answer the next question:

3. Should we be giving precious aid dollars to high-risk areas?

Yes, because investing in innovation delivers new tools that can save precious aid dollars in the future, making our aid budget stretch further. It has been estimated that the MenAfriVac vaccine – developed by the PDP PATH and partners, rolled out in the ‘meningitis belt’ in Africa in 2010 – will save about $570 million in health costs between 2012 and 2022. When you compare these savings to our current aid budget for Africa, that’s a significant figure.

Of course, when you fund innovation, you don’t know whether a new product, new technology or new idea will work. Organisations that foster innovation need to expect failures. For example, between a quarter and half of Grand Challenges’ first round of investments have led to new products or key scientific insights for product development. That success rate would be regarded as outstanding in the world of venture capitalism – but still, more projects fail than succeed.

We need to remember, though, the much greater risks involved if we don’t invest in innovation. For example, there were nearly half a million new cases of multi-drug resistant tuberculosis globally in 2012. The situation is worsening, and is a major issue in the Asia-Pacific region. New drugs are urgently needed if we are going to beat drug resistant tuberculosis, which is why investments like our Government’s $30m for PDPs need to be sustained.

To sum up – we need to support innovative ventures that factor in the needs of those who will be manufacturing, maintaining and using the new product or programme. We also need to continue to measure impact and learn from failures. As others have commented, it’s too early to tell whether DFAT’s innovationXchange will succeed, especially given ongoing budget constraints in other areas. But through its support of ventures like the GIF and heath sector PDPs, it’s off to a good start. In the aftermath of an otherwise bleak budget for the development sector, one thing’s for sure – we’ve got a real opportunity to give the old ‘necessity is the mother of invention’ saying a run for its money.