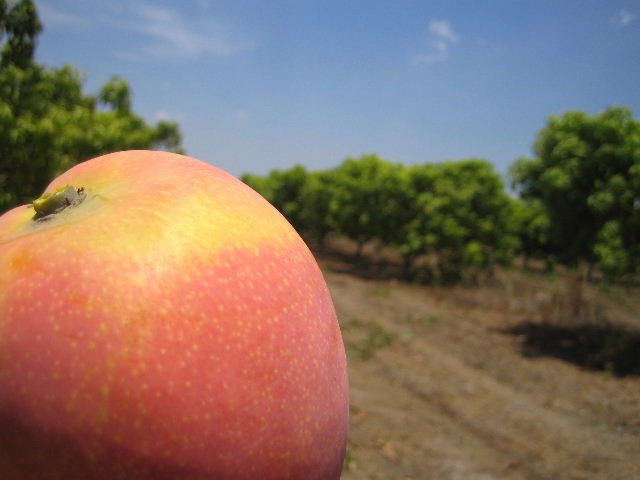 Mr Ian Quin is a mango grower from Acacia Hills in the Northern Territory, about 60km south of Darwin. Ian recently hired 28 workers from Timor-Leste under the Seasonal Worker Program.

Henry: Tell me a little about the background of your business and how you hire workers.

Ian: We started up in 1992. Since then the industry has matured and consolidated. We’ve grown a fair bit and now we’re the largest mango farm by area north of Katherine. There aren’t many successful northern horticultural industries and we deserve a better run. What used to be a cottage industry is now a professional industry with export potential. This has meant a lot of changes over time, including how labour cannot be satisfied by ad-hoc approaches. We hire over 80 people per season as we’ve got over 35,000 mango trees on over 1,000 hectares.

We’re really at the point end of the labour market. A whole host of factors compound this, like the tropical environment and the health implications of something like mango rash. It’s hot and sweaty work that doesn’t appeal to most people. About 30 per cent of European backpackers will get this rash if they work with mangoes making it really difficult to find people to pick. You might get a few low-risk prisoners but they aren’t interested in the work, the backpackers can’t come back and they often don’t need the money. The ones who do come in the first place only do it for a second visa. About one in twenty might come back the following year and those who do return are 50 per cent more productive. This is why it’s so important to have the return possibility.

Henry: What is different about mango farming to other horticultural sectors?

Ian: We have a pretty short eight week season and we export about 50 per cent of our product. This is higher than in the past and an increasing trend into China and other Asian countries. But last season, we would’ve had up to $100,000 worth of fruit rotting on the ground because of labour and weather issues. We just can’t pick the whole lot with transient, one-off workforces who aren’t interested. We need a workforce that returns, knows the climate and conditions, and needs the income.

Henry: Why did you decide to use the Seasonal Worker Program?

Ian: We turned to the Seasonal Worker Program out of sheer desperation. The program is a magnificent concept but it’s a bureaucratic nightmare. The process is dismal, the administration worse than pathetic.

For a long time, I tried to get traction on expanding access to countries away from just aid recipients. If you approach a labour program as an aid program, you get trouble. If this was opened up and more unrestricted, many farmers would choose workers from Vietnam and Thailand, people who are born horticulturalists. The NT Government and the National Farmers Federation, they have done alright and actively pushed and lobbied for a specialised agricultural visa without country specifics but this is hard going.

But we don’t have much choice right now. That’s why we have hired 28 Timorese through the Seasonal Worker Program. I don’t want to rely on contractors because there is too much uncertainty. I don’t want that route. We are 100 per cent legal, we recruit ourselves. 18 months ago we applied to join the Seasonal Worker Program but nothing happened because of administration issues. We reapplied in 2016, went through the labour market testing process which is quite silly given any backpacker can walk up and start working immediately. We don’t get any Australians who respond to our job ads, just backpackers, and finally joined the program earlier this year.

I want to stress it’s the process and not the personalities that makes it hard. Why do we have to do labour market testing for one set of foreign workers being seasonal workers from Timor but not another like a European backpacker? It doesn’t make any sense. Then there is the onerous pastoral care responsibilities as well. Farmers feel like we are subsidising the aid budget. Why does it fall onto us to provide this care and not others? No-one who hires backpackers has to do this, find accommodation and such. Due to our short eight week season, we also need to make sure the seasonal workers have other duties like pruning and fencing to get over the minimum work thresholds.

Henry: Do you see these Timorese workers coming back next season?

Ian: This is a heavy investment. My HR manager went over to Dili and directly got involved in who was going to come over. Rural workers are better because they know what they are doing, instead of people who come from bigger cities. The Timor Ambassador was very good, very pragmatic. Instead of a logjam, he just gets it done. Once the workers have arrived, we invest in training. We know if we get a backpacker, we’ll never see them again but the Timorese want to come back and they can come back, that’s why we put effort in and it’ll be wasted if they don’t come back.

Henry: What do you think the biggest issue is at the moment?

Ian: Often these issues about labour markets don’t have the perspective from up here in the north. There are better labour options down south and politicians don’t recognise this. We have a completely different environment up here. People forget the reason we have illegal workers. If we had a proper temporary worker program for the horticultural industry, there would be much less illegal work going on. Everyone knows people are coming in on tourist and student visas, people are overstaying and working across the country not with valid visas. We get people knocking on the door and looking for a job but won’t accept them.

We started from the wrong perspective. The aid focus of the Seasonal Worker Program is the wrong approach. It needs to be about the labour market and visa requirements should meet what Australian agricultural needs. This will better mitigate illegal workers and help address labour shortages at the same time.