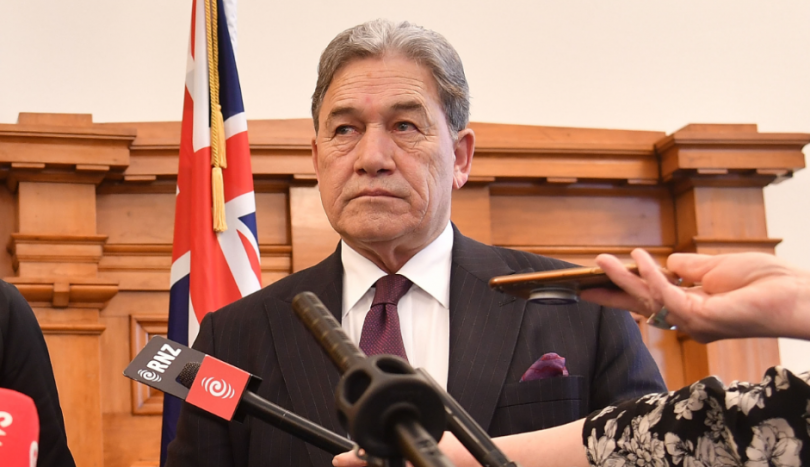 Last year Foreign Minister Winston Peters’ caused rare attention to international development issues, with solid aid increases alongside the “Shifting the Dial” ‘Pacific Reset’. Now that the ruckus has settled, it is a good time to take a look at what’s happened since. Where is Minister Peters and this government taking New Zealand’s international development cooperation efforts?

First-up, while more detail will come in a subsequent blog, I note here that there was an increase in aid levels in this year’s budget (2019-2020), maintaining our aid/gross national income ratio at 0.28%.

As for how that money will be spent, a Cabinet paper of early 2018 outlines the desired new directions for what is now called New Zealand’s ‘International Development Cooperation’ program – essentially the parts of the Ministry of Foreign Affairs and Trade that deliver New Zealand’s aid. This Cabinet paper discussed a focus for aid on crucial areas such as good governance, human development, climate breakdown, women’s empowerment and young people. The ‘Pacific Reset’ was also described, with its five new principles for New Zealand’s engagement with Pacific island countries – collective ambition, mutual benefit, friendship, understanding, and sustainability.

New Zealand’s international development community warmly welcomed this shift of the dial. Finally, here was a promise to balance our aid efforts with much-needed focus on the social and environmental domains of human life, and to build meaningful partnerships with countries that received the bulk of our aid.

What action has this translated into?

It is wonderful to see the considered evolution of a new climate action program, with increasing focus on adaptation. Accompanying this was an announcement of a small increase in funding to address climate change (as the government calls it) – NZ $75 million a year. There have been welcome staff increases, with new positions to support the government’s international development cooperation efforts. We’ve also seen real efforts to boost partnerships with New Zealand civil society, and an attempt to make New Zealand’s aid more adaptable, and therefore effective, in the complex and uncertain environments in which it is spent.

‘Pacific Reset’ action has included the expansion of pension portability, and a NZ $10 million Pacific Enabling Fund that will support people-to-people linkages, including military cooperation. The Strategic International Development Fund for long-term projects of up to 50 years – such as reclaiming land in Kiribati – was also announced under the Pacific Reset banner. The only specific data available has NZ $183 million allocated to this Fund over the next four years.

Beyond this, it is hard to see much change.

Most importantly, there is no evidence that New Zealand’s international development cooperation has refocused on what it is actually for: reducing global poverty and inequality. This is despite a call from the OECD DAC back in 2015 that the government needed to “demonstrate that New Zealand’s programming makes a positive difference to the lives of poor and vulnerable people in its partner countries” (p. 16). Hopefully, when it is released, the new International Cooperation for Sustainable Development policy will clearly articulate how New Zealand will do its bit to help the half of the world’s population who live under US $5 a day.

This is crucial for New Zealand’s aid, which is almost fully integrated into the broader foreign policy apparatus. Without a tight focus on poverty and inequality reduction, there is a real risk that New Zealand’s aid will continue to be spent in attempts to achieve New Zealand’s security and business interests, rather than what the public wants our aid to be spent on: poverty alleviation.

The signs are not looking good. Earlier this year, New Zealand was ranked poorly on the Overseas Development Institute’s ‘Principled Aid Index’, which measures how donor countries contribute to development outcomes rather than help their own businesses. New Zealand was ranked 19 out of 29 states, well behind countries like Ireland, Norway and Canada. This does not fit with the values this government has said underpin our foreign policy, such as “equality, tolerance and fairness” and “freedom, from fear, and from want”. Nor does it fit with the priority New Zealanders give to spending our aid on poverty reduction (see here, and here).

Another key measure of quality international development cooperation is transparency. For a government that professes commitment to openness, our recent ranking on the Aid Transparency Index would hopefully cause swift action. Our transparency is ‘very poor’, ranked fourth from the bottom (42/45). It appears that the last time MFAT published any detailed aid data on its website was March 2017. Country strategies are not published and there appears to be no thematic or sectoral strategies. There is not even an Aid for Trade strategy to guide the 20% of New Zealand aid promised to Pacific PACER Plus signatories.

This lack of transparency is a particularly acute problem for aid, because the people who are supposed to benefit from aid do not vote or pay taxes in the country that provides it. Transparency from the New Zealand government offers some potential for accountability. Taxpayers, civil society, academics, journalists and people in the countries that receive New Zealand’s aid can look at what the government says it does with its aid through its expenditure, policies, strategies and frameworks, and then compare this with what happens on the ground. It is not perfect, but it is one of the best ways to ensure the scarce aid dollar is spent most efficiently and effectively to reduce poverty and inequality.

New Zealand’s aid is an extension of what we stand for as a nation and how we want others to see us. As our Prime Minister told the United Nations last year, we must remember that “all people are equal, everyone is entitled to have their dignity and human rights respected, we must strive to promote social progress and better standards of life in larger freedom, and we must consistently hold ourselves to account on each”. We look forward to seeing these values in action through our International Development Cooperation program.