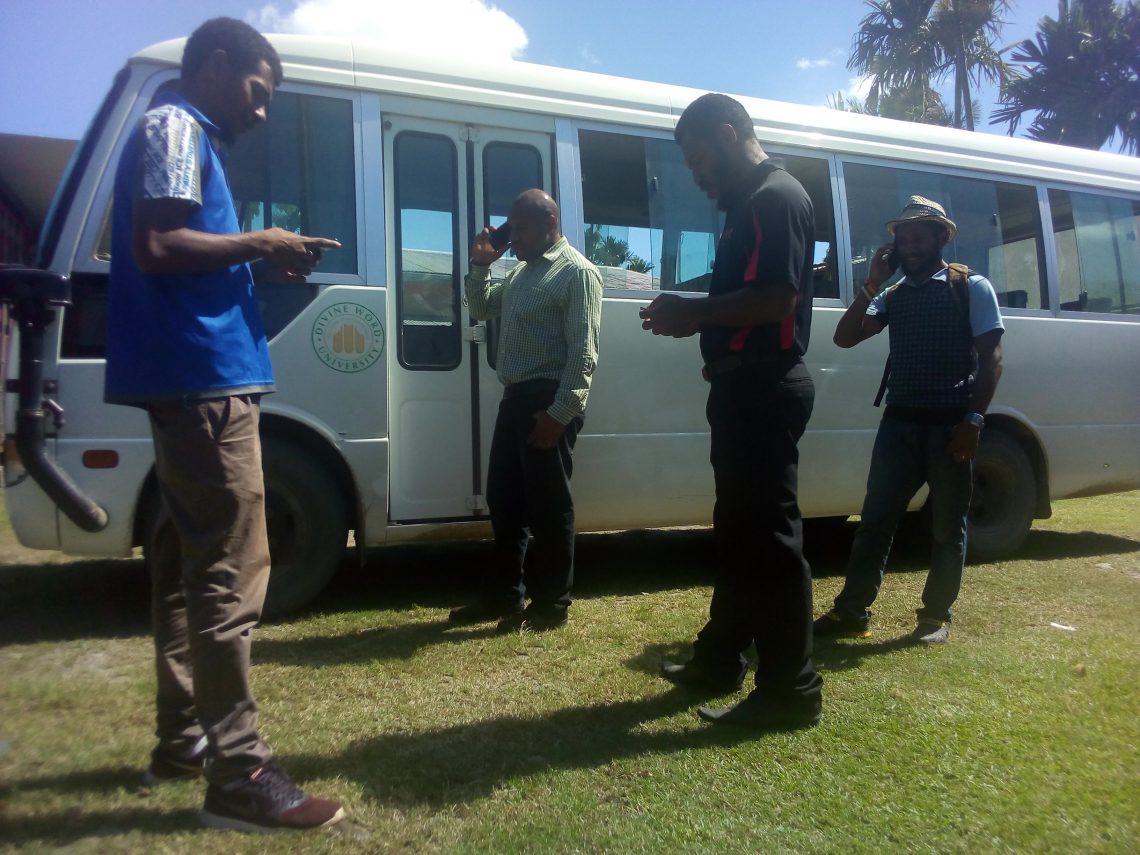 No change in mobile internet prices in PNG

By Amanda H A Watson, Picky Airi and Moses Sakai

There has been much enthusiasm about new undersea internet cables in Papua New Guinea (PNG) and predicted improvements in internet pricing, speeds and reliability. This blog post looks at mobile internet prices in the first half of 2020.

The Coral Sea Cable links PNG to Sydney and was completed in December last year. It is now available for use, but there seems to have been limited take-up [paywall]. Pricing is under review, a public consultation process is underway and there are mixed messages about what has happened to date. The Kumul Submarine Cable is a domestic cable throughout PNG and is currently undergoing testing. There are predictions that the two cables “are set to make the country’s internet faster and cheaper” (see also here, here, here, here and here).

We report on data collected systematically using Unstructured Supplementary Service Data (USSD) menus on mobile telephones. Customers use these menus by selecting, for example, ‘1’ to ‘Buy a plan’ then ‘1’ for ‘Data plan’ in the next list of options received and so on. The advantage of using USSD menus to collect data is that this method provides accurate, up-to-date information and can capture temporary promotions. By contrast, collecting newspaper advertisements or pricing information from company websites or other sources may not be as reliable.

This research does not capture the pricing structures of all internet service providers operating in PNG, such as those offering services to businesses, households and universities. Nonetheless, it captures the pricing structures relevant to a substantial portion of the country’s internet users when they access the internet through mobile telephones. Over three-quarters of mobile telephone connections in PNG are prepaid.

Overall, this research has found that there has been no change in mobile internet pricing in the first half of 2020.

Digicel has 92% of the mobile telecommunications market in PNG. Since Monday, 6 January 2020, data has been collected every Monday using the Digicel USSD menu accessed with the code ‘*675#’.

With Digicel’s prepaid plans, there are international voice rates, data plans, roaming rates and a roaming bundle that is available in Australia, New Zealand, Fiji, Nauru, Samoa, Tonga and Vanuatu. Digicel’s data plans allow customers to access the internet via a 3G, 4G or LTE network, depending on what sort of coverage is offered where they are located (note that in some locations, the Digicel network is a 2G service, which is not suitable for using the internet).

Data plans were captured under the ‘day’ category (1-day, 3-day, 7-day and 30-day) over a period of six months. Among the four categories of day plans, the most accessible, the middle and the high-end data plan option, were recorded. Note that we term the ‘most accessible’ option to be the one that enables a user to access the internet for the least amount of money. For Digicel customers, this is, in fact, the most expensive in terms of kina per megabyte. Users who can afford to outlay a larger amount of money upfront receive a better rate per megabyte.

There were no changes. The Digicel rates were consistent throughout the period of data collection.

Some Digicel plans offered bonus data for use of social media platforms while others did not. For example, the 1-day plan did not include any extras. The 7-day plan has social plans for the most accessible and the middle categories – both include 2 gigabytes of data to use on Facebook, with the middle category providing an additional 1 gigabyte for YouTube. Again, the social plans and pricing structures did not change during the six-month-long data collection period.

Prices for bmobile and Telikom were brought into alignment in 2019 due to a merger, as can be seen in Figure 2 here. (For background on the merger and reasons for it, see this earlier piece.) Since Monday, 6 January 2020, data has similarly been collected every Monday using a USSD menu accessed with the code ‘*777#’ on a bmobile device and also using the same code on a Telikom device. The same prices are being offered through both devices.

Data was collected for the 1-day, 3-day, 7-day and 30-day options. bmobile and Telikom have been offering the same mobile data plans over the period of research, which do not have social bundles included. Again, the cost of data remained the same over the half-year period.

Table 1 presents a comparison of the data rates offered over the six-month data collection period (January to June 2020).

Table 1: Comparison of data rates in PNG (toea per megabyte)

While the Digicel pricing varies by option, it is much more expensive than the pricing offered by bmobile/Telikom: more than ten times as expensive for the most accessible 1-day plan. That being the case, why doesn’t everyone use bmobile/Telikom? We believe that the main reason is that the geographical coverage of the Digicel mobile network is much wider than the coverage of its competitor. Many people in rural areas rely on Digicel as the only available option for their communication needs. Indeed, many of these people make and receive telephone calls but do not use mobile internet regularly or at all. Meanwhile, those residing in urban areas need to use Digicel to stay in contact with their relatives in the village.

In summary, despite the repeated promises and predictions of reductions in internet prices in PNG, there have been no changes in the prices offered in the first half of this year at the retail level. It may be that, as predicted, the new undersea cables will later lead to reductions in prices for consumers. However, several other factors will influence the possibility of this outcome, including the need to recover costs from the new domestic cable, market competition, full operation of the PNG Internet Exchange Point, and existing supplier contracts. The authors will continue to monitor prices and report on trends over time.

Picky Airi
Picky Airi is the Director of the Centre for Learning and Teaching at the Divine Word University in Papua New Guinea, where he also teaches data networking in the Information Systems Department in the Faculty of Business and Informatics.

Moses Sakai
Moses Sakai is a tutor in the School of Business and Public Policy at the University of Papua New Guinea.