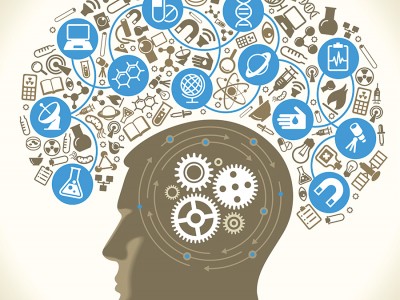 Behavioural insights (BI) is the application of behavioural economics, psychology, anthropology and other sciences and social sciences to public policy and field settings. The focus is on specific behaviour that policy makers may wish to change. BI interventions are commonly piloted using randomised control trials (RCTs), which are used to robustly evaluate the impact of any behavioural intervention. BI is quickly spreading in use across the world, with more than 400+ applications in real life, policy and program settings across the OECD and developing countries.

Closer to home, NSW Government was the first among Australian jurisdictions to create its own team in 2012, with the Commonwealth and Victoria following suit in 2016, though I should note the Australian Tax Office was researching how BI could be applied to tax. By 2018, over 200 governments worldwide had started to apply behavioural sciences to ending intractable problems in economic and social policy. In addition to the Prime Minister and Cabinet’s Behavioural Economics Team of Australia (BETA), across the Commonwealth, BI units have been set up in the Departments of Health, Social Services, Employment, and Environment, among others.

Figure 1: Behavioural insights around the world 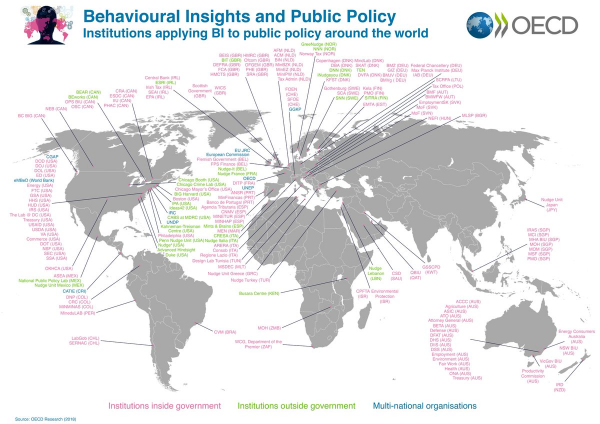 Despite the global emergence of BI as a credible and powerful way to shape individuals’ behaviour, the Department of Foreign Affairs and Trade (DFAT) still rarely applies BI in the Australian aid program. This is out of step with other Australian Government agencies, as well as other donors. Examples of BI initiatives undertaken by other donors – bilateral, multilateral and non-government – are below.

The World Bank and education

Students’ learning can be impacted by their beliefs and attitudes about learning. That is, students that believe they are not intelligent or that school is ‘not for me’ show poorer outcomes than those who have a more positive mindset. Building on the work of Carol Dweck, the World Bank’s Mind, Behaviour and Development Team (eMBeD) designed a cheap, brief and scalable intervention that resulted in increasing test scores by 0.2 standard deviations compared to students who did not receive the intervention. While this sounds small, this is meaningful, and statistically significant, and is approximately equivalent to two to three additional years of education. As part of this initiative, 50,000 public school students in Peru were asked to read about ‘growth mindsets’ – the theory that you can practice and grow your intelligence. Students then demonstrated comprehension by writing a letter about growth mindsets to a friend, and provide advice to their friend on how they could practice ‘growing their mind’. The World Bank is now replicating this study in Indonesia.

Women who presented to Marie Stopes abortion clinics in Nepal reported their desire to avoid falling pregnant again in the near term. Despite this, only one in five women were provided with long-acting reversible contraceptive (LARC) options, such as oral medication or implants, following their appointments at the clinic. A behavioural diagnosis by ideas42 and Marie Stopes found that the ‘tunnelling effect’ meant that abortion clinic workers focused their attention only on providing excellent abortion-related care to the women when they presented. To respond to this, ideas42 provided additional training to staff to counsel women on the use of LARCs, and provided a feedback mechanism comparing clinics’ LARC rates with similar clinics across Nepal. Using social feedback such as posters helped to norm clinic staff into more regularly counselling women about LARCs. The trial found a seven per cent increase in LARC use following the intervention.

World Vision in India partnered with ideas42 to undertake a behavioural analysis of individuals’ preferences for toilet use. In Bihar, despite access to subsidies, many adults in Bihar households were staying with the status quo and using open latrines. The behavioural analysis undertaken by World Vision was the first step in designing a behaviourally-informed intervention to improve uptake of the subsidies and increase toilet use by households.

DFAT has undertaken very little in the way of exploration of BI and its application to the broader aid program. This needs to change. Behavioural insights offers a promising approach to development. The approach provides a framework for deeply understanding the local context of behaviour, and through rigorous evaluation through RCTs. Increasingly, donors are applying behavioural insights to their aid programs. DFAT should too.

This blog post is authored in a personal capacity and does not reflect the views of an employer.

Cindy Wiryakusuma-McLeod is a former DFAT/AusAID staffer who spent close to a decade managing aid programs spanning economic growth and private sector development, as well as women’s economic empowerment, in the field and in Canberra.