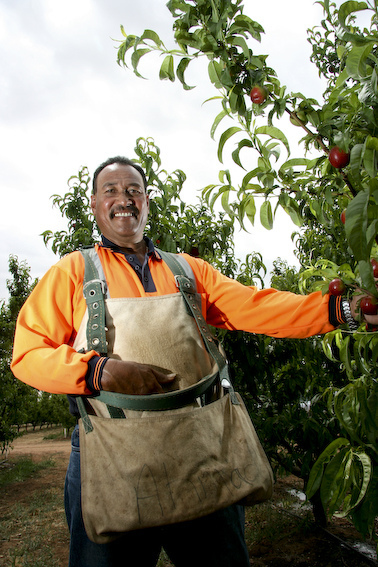 The Joint Standing Committee on Migration released its report Seasonal change: Inquiry into the Seasonal Worker Programme (SWP) on May 5, just before elections were called.

The Committee pulls it punches on a number of its nine recommendations, but on some issues it is at least heading in the right direction, and its ninth and final recommendation is a very important one.

The Committee recognizes that “a number of impediments” have prevented the SWP from reaching its full potential, “most notably” the industry’s reliance on backpackers, which outnumber seasonal workers on farms more than ten to one. That’s not only because Australia is one of the world’s most popular backpacker destinations; it’s also because the government entices backpackers to work on farms by offering them a second year’s visa if they do. As the report says, backpackers or working holiday makers are “in direct competition with” seasonal workers. Given this obvious statement of fact, it makes little sense for the committee to duck the issue of what should be done with this instance of policy incoherence simply by calling on the government to review by the end of next year whether the two schemes are “adversely impacting on each other”. Of course they are. This is the meaning of “in direct competition”. And backpackers are winning. The Committee should have recommended that the second year backpacker visa granted for three months work on a farm be abolished, or simply that all backpacker visas are granted for two years. Australia is the only country I know of that deliberately sets out to entice the citizens of other rich countries to pick our fruit and vegetables. (Developing countries are almost entirely excluded from backpacker visa arrangements.) Other countries direct such opportunities to developing countries: America to Mexico, Canada the Caribbean.

Despite its ducking for cover on these two key issues, the Committee does like the SWP, and wants to restrict it to the Pacific, on the grounds of the region’s special needs, and expand it to other sectors, including to address “labour shortages in … aged care, child care, and disability care.” (p. viii) This is good in principle, but the thought is not developed. Clearly, we don’t want our aged care workers coming for a maximum of six months. We want them for several years, if not permanently. Any labour mobility scheme for Pacific carers will look very different to the SWP.

Finally, the report turns to the issue of exploitation. Here it notes that the rate of complaints in relation to the SWP “is relatively low compared to all industries Australia wide” (p. 149). But, outside of the (tiny) SWP, the report notes a range of evidence that illegal hiring practices are rampant in the horticultural sector, and it points the finger particularly at labour hire companies. The report supports the recommendation of the March 2016 Senate Inquiry report A national disgrace: the exploitation of temporary work visa holders that labour hire companies be subject to a licensing regime backed by the resources to monitor compliance. They are in most European countries and some Asian ones (Japan, Korea, Singapore) but not in Australia. This is a good recommendation that would reduce illegal labour and boost demand for seasonal workers. Let’s hope that whoever wins the election next month takes it up.