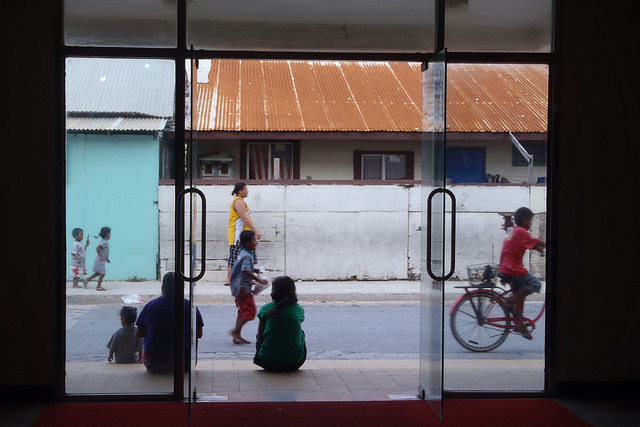 Nauru, Marshall Islands, Vanuatu, Papua New Guinea and Solomon Islands have all undergone political upheavals in the past few months. Political instability of this type is a deterrent to good policy making because political leaders do not have time to formulate policies to help address the myriad of socio-economic issues that are confronted everyday by ordinary people, issues that include the debilitating impact of diabetes, high population growth rates, diminishing social services, lack of clean water, drought, high underemployment, and the impacts of climate change. All these problems need attention. Unfortunately, these issues are given scant attention by politicians preoccupied with the need to stay in power. The opportunity costs of constant changes and attempted changes of government are huge. Are there better ways in which governments can be formed? Are there alternative systems of government that can explored that are less susceptible to the fluidity of the political systems in most of the Pacific island countries?

The vagaries of the fluidity of Pacific islands politics are epitomised by the recent changes in the Marshall Islands government following the election of its Nitijela (Parliament) last November. Twenty-one days after electing its youngest president, the normally conservative Marshallese senators voted resident Casten Nemra out in a “vote of no confidence”! The term “vote of no confidence” in this case is a misnomer; a contradiction in terms. President Casten had not even appointed his full complement of cabinet ministers. Even before he had announced his policies, they declared their lack of confidence in him. His removal thus had nothing to do with whether he was incapable. Marshall Islanders are risk averse, are amongst the gentlest islanders and are unlikely to directly criticise each other. Thus, the timeframe within which they elected their president after their national elections and his removal was surprising to observers of Micronesian politics. Political uncertainty and instability spawns a range of problems. It impacts on investor confidence, but the single biggest implication is that it diverts attention from the core business of governing, of initiating and implementing micro- and macroeconomic social policies needed to improve the social and economic quality of life of the people.

Marshall Islands politics is complex. Political governance is infused with family ties, customary obligations, and its chiefly system. The role of Iroijs (Chiefs) in the political spectre cannot be underestimated. Indeed, since its Independence in 1979, there have only been three commoners elected as president. Having perhaps set a record for the shortest serving president, the normally conservative Marshall Islands senators sprung another surprise. They elected the first female president for the Marshall Islands and the first of any of the independent Pacific island states. Dr Hilda Heine’s credentials are noteworthy. She holds a PhD in education; the first Marshallese to hold such a qualification. This is significant for a country where educational standards generally lag behind those of its Pacific island neighbours. Nonetheless, her election had as much to do with her family affiliations as it had to do with the slogan that the people had wanted a new government; not one that was associated with the previous government of President Christopher Loek. There are six Heines in the Nitijela; the largest single family block in the 33 seat parliament. Dr Heine’s tenure on power will depend now on the vagaries with which she was elevated, and how she keeps the different factions and individuals of her cabinet and backbench happy. Her time will be spent on maintaining these relationships and harmony within her cabinet and backbench.

Vanuatu and Kiribati are also going through the same political quagmires having just completed their elections. In Vanuatu, the elections were brought on earlier by the imprisonment of fourteen sitting Members of Parliament. No party received the majority of votes in Vanuatu, thus the formation of its government will once again be subjected to the machinations that one observes in Solomon Islands and Papua New Guinea. It is never about which policies would best serve the people. It is invariably about which group can muster the most number of votes.

In contrast Kiribati’s electoral system more clearly links the election of its leaders to the popular vote. Not only must their parliamentarians receive more than 50 per cent of the votes, but runoff elections are held when a candidate does not receive popular support in the first round of voting. This implies that the elected members are chosen by the majority of the citizens casting their votes. Unlike other Pacific island countries, the President of Kiribati is elected by the people. Their parliament is obliged to nominate at least three candidates for the presidency. The people directly elect the president by popular vote. The contrast in those countries that have the Westminster system and the presidential system could not be greater.

Those Pacific island countries that adopted a Westminster system have been the most unstable. This is not to suggest that the presidential system is better. Any system can be good, provided it holds its elected representatives accountable to the people who put them in parliament. In Solomon Islands, Papua New Guinea, Vanuatu and other countries that have adopted the Westminster system, the tendency for parliamentarians after they are elected is to consolidate their power. Policy making becomes secondary to maintaining their hold on power. The same can be said of the Marshall Island’s mixed parliamentary-presidential system, where the president is elected by senators and not by the people. The leaders of these countries are more inclined to serve the narrow self interest of the members of their legislatures rather than the social and economic well being of their representatives. Kiribati’s president does not have the same tensions that his counterparts in Vanuatu, Solomon Islands, Marshall Islands, and Papua New Guinea have to deal with. If he is removed from office, the entire parliament is dissolved and the issue returned to the people to decide.

Pacific island politics continues to surprise observers and commentators. Having to operate within the framework of a system of government that better lends itself to strong political parties is difficult enough in countries where parties are weak or absent. These complexities are exacerbated by the infusion of family ties, culture, customs, and the coagulation around powerful lobby groups like mining and logging interests that help support the formation of governments in countries like Solomon Islands and Papua New Guinea.

It is time to revisit the systems of government that would work for different countries so that the political instability that has characterised their political developments may be addressed.

Dr Transform Aqorau is the Chief Executive Officer of the Parties to the Nauru Agreement Office based in the Marshall Islands.