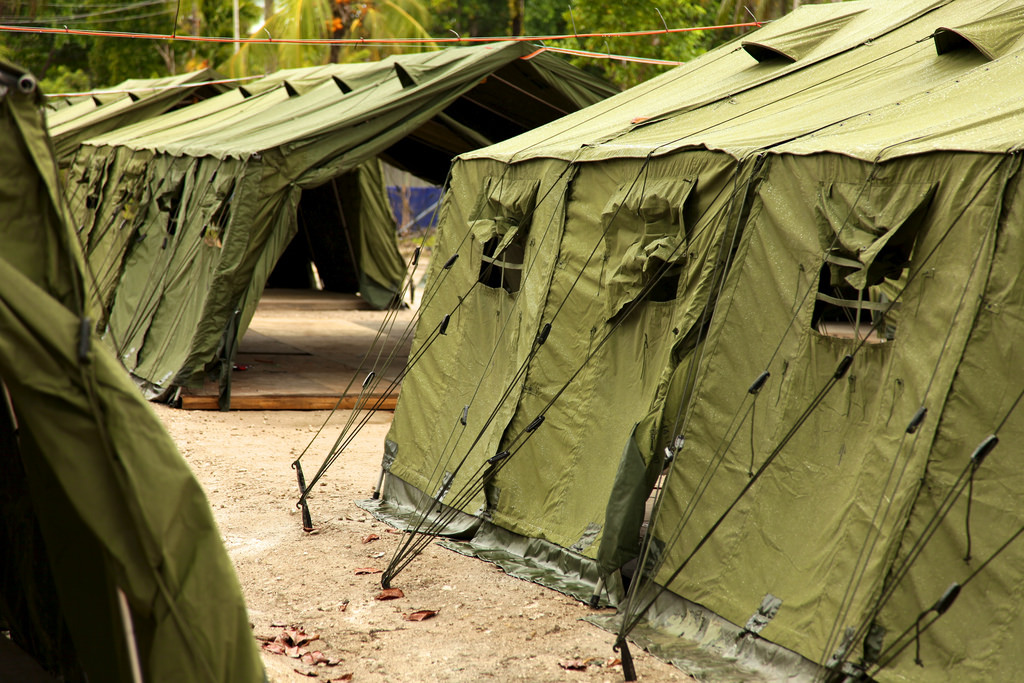 Recent reports (see here and here) about the hasty transfer of three Australian employees from the Manus Island detention centre back to Australia, after allegedly being involved in a rape and drug abuse incident some two weeks ago, raise serious questions about Australia’s commitment to the rule of law and the legality of the Manus Island refugee detention centre arrangement. The case has escalated quickly, with the PNG PM now weighing in with calls for an investigation.

Claims of rape at the detention centre have been widely reported in the past (see here and here). There has also been a Senate Inquiry by the Federal Parliament, but to date it is unclear whether these reports have resulted in any prosecution. The concern with this recent case is that the alleged offenders were transferred out of PNG to Australia before PNG police could exercise their right to question them.

The alleged victim is a local PNG woman. PNG Police Commissioner Gari Baki reportedly said [requires log in] that “he could not elaborate on the matter because the allegations had not been brought to the attention of PNG police but had been ‘treated internally and that’s why these people have been deported.’” Rape is a criminal offence under the PNG Criminal Code. The Criminal Code (Amendment) Act 2013 [pdf] reflects the seriousness of the offence by providing for the death penalty where two or more persons are involved.

The Australian government denies any cover up and says that when the three men were taken back to Australia it was with the full knowledge and concurrence of the PNG police, and that there were at the time no allegations of criminal behaviour. However, Comissioner Baki and Commander N’Drasal of Manus police denied (and here) any knowledge of the transfer. Although PNG immigration officials may have consented to the transfer, as alluded to by the Department of Immigration and Border Protection, the alleged matter is a criminal offense and clearance must come foremost from the police. In any case, the question, now that there are criminal allegations, is whether the men will be returned. If they are not, the PNG police have threatened to arrest their managers.

One also has to question why the expats had to be transferred to Australia in such haste. It is alleged that drugs were involved. This itself must have raised serious legal questions about substance possession and consent.

Though the allegations in this case are far more serious in nature, it does bring to mind an incident in 2014 where an expatriate driver involved in a hit-and-run incident that resulted in severe injury to a seven-year-old girl was hastily evacuated to Australia before proper investigations could begin. That case has since gone quiet. There have been many other similar cases over the years, where expats have escaped prosecution and, as a result, frustrated police investigations in PNG.

In 2004, the PNG Supreme Court clearly stated in the Enhanced Co-operation Program Case (ECP Case) that all foreign nationals living and working in PNG are subject to PNG laws and must be prosecuted in PNG, unless a person is under diplomatic immunity. The issue in the ECP Case was whether the Australian Federal Police, under the ECP, are exempt from facing prosecution in PNG should their actions violate PNG laws. The Supreme Court held that the scheme to exempt prosecution of AFP members was an attempt by the Executive arm of both the Australian and PNG governments to ‘interfere with the exercise of prosecution power by the police under Papua New Guinea law’ and declared the ECP unconstitutional.

The ECP Case was a solemn reminder that all persons in PNG are subject to PNG laws, irrespective of nationality, class or organisation. That is the essence of the rule of law. As an established democracy, Australia is expected (see here) to adhere to this standard and be at the forefront of the rule of law in the region.

From a bilateral perspective, this issue also raises questions of sovereignty. The Police Commissioner gave his view on the manner in which the expatriates were transferred to Australia:

“It gives one very clear indications that we have literally not much say what goes on within the [detention] camp and I think we need to change that. We are a sovereign nation. We have a police force that is competent to do the investigations and it must be given that responsibility.”

In the recent debate in the Australian Parliament, Australia’s Attorney-General was at pains to stress that “the management of a regional processing centre on Nauru or Papua New Guinea is entirely a matter for the government of Nauru and the government [of] Papua New Guinea. We cannot legislate for the way in which they manage regional processing centres.” Yet Commissioner Baki’s disappointment suggests that PNG police have limited de facto jurisdiction over “what goes on within the [detention] camp…” Such arrangements could be unconstitutional as demonstrated by the ECP Case.

Bal Kama is a PhD Candidate at the ANU College of Law, Australian National University.