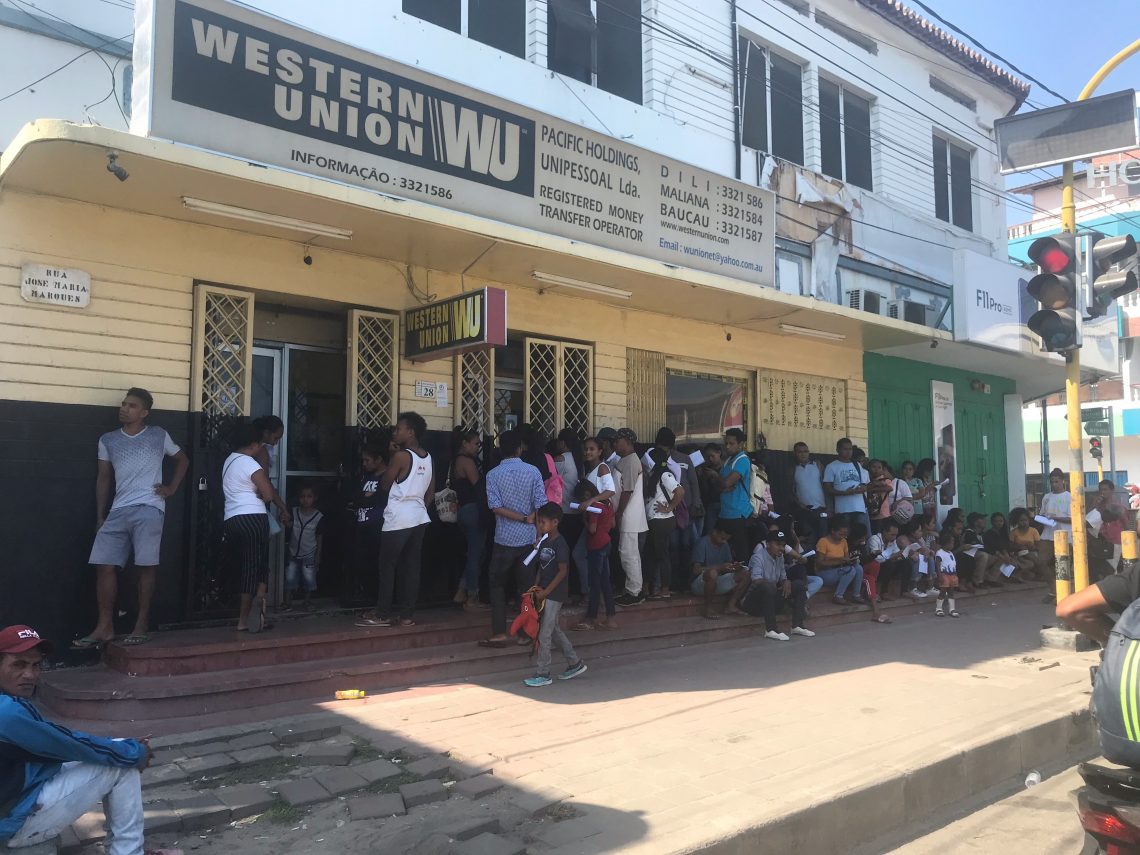 Remittances and diversification in Timor-Leste

Last year remittances became Timor-Leste’s largest non-oil source of income, before coffee but after aid. There is success and failure in this strange fact. In their willingness to back themselves by working abroad, the people of Timor-Leste have proven, again, how determined and adaptable they are. The quality of the economic management that led to a situation where many of this remarkable nation’s most highly educated youth feel that picking fruit in Australia is the best option open to them is more open to debate.

The idea that Timor-Leste’s economy needs to be diversified has been a mantra around Dili for decades – a particular favourite of virtually every NGO and foreign development agency that has ever operated there. Tourism and agriculture (including, but not limited to coffee) could have become the basis for a sustainable and relatively equitable economy, but it just hasn’t happened. Education, health, agriculture and water accounted for less than a fifth of state expenditure in the 2019 budget. Why, is neither unique nor hard to understand. As oil money filled Timor-Leste’s coffers from 2011, people have understandably done whatever they could to stake a claim, either directly or through various sorts of patronage networks. Despite the work of some inspired leaders and thinkers, the critical mass of political will to make the creation of a successful non-oil economy a priority isn’t there. The result of this is that many people who, given their choice, would prefer to make a living at home, feel that they no longer have a choice but to work abroad.

People from Timor-Leste have been going abroad to work since independence in May 2002, when those born during the 1975-99 Indonesian interregnum were granted, via Portuguese citizenship, the right to work in Europe. Many of them ended up in the United Kingdom. Encouraged by this, Dili has been relatively effective in its pursuit of bilateral agreements allowing Timorese to work in South Korea and Australia, and there are rumours that similar avenues to work in Japan and New Zealand might open up in the near future. What is surprising, or perhaps just disappointing, is how this income source has attained such a level of economic importance. For the majority who are unable to find some sort of place on the government payroll, there is very little else. People going overseas to seek a better life is a good thing. People being forced to go overseas for a complete lack of other options is not.

Recently I spoke to a young man in Dili, Xisto, whose comments threw this situation into relief. Having helpfully introduced me to some of his family who had just returned from Australia he told me that he was now hoping to go himself. While his relatives had done short-term fruit picking with the Seasonal Workers Programme, he wanted to sign on with the Pacific Labour Scheme – three years working in an abattoir.

Me: You can save a lot of money, but it’s heavy work and you will be in Australia for ages.
Xisto: OK Mike, but it’s difficult to find a job in Timor-Leste. I really need a job in order to get money to support my younger brother to continue his school and also feeding my family.

My friend is an exceptionally affable and hard-working individual. A university graduate, English enthusiast and veteran of any number of workshops and courses. And for him the best option is chopping up meat in Australia. One would be tempted to talk about a brain drain, but that would assume that he had even an outside chance of finding stimulating work in his homeland, which there absolutely is not.

The number of Timorese working abroad is only going to grow. Although accurate figures are hard to come by it is estimated that there are no more than 20,000 resident in the United Kingdom, with smaller numbers elsewhere. From a population that is approaching 1.3 million this is still a relatively small overseas diaspora compared with places like Nepal or the Philippines. Even so, the implications of this trend are a surprisingly divisive issue. People (including myself) have written glowingly of the potential for funds from abroad to stimulate grassroots development. Others talk of a remittance trap that, ‘can spark a vicious cycle of economic stagnation and dependence’. The truth, as usual, seems to be in between.

Domestically, tourism, coffee and agriculture remain Timor’s hopes. Improved health, education and connectedness remain its great needs. If the state becomes serious about prioritising development, money and ideas remitted from abroad would have the potential to enhance these sectors and perhaps open up new ones, seeding businesses and contributing to a healthy and well-educated new generation. The alternative, which seems to be the direction things are headed, is that Dili’s policy makers continue to avoid seriously confronting potentially existential social and macro-economic issues.

Michael Rose will present a seminar ‘Overseas work and national development: a new path for Timor?’ in Dili at the National University of Timor-Leste Auditorium on Thursday 7 November at 4pm.