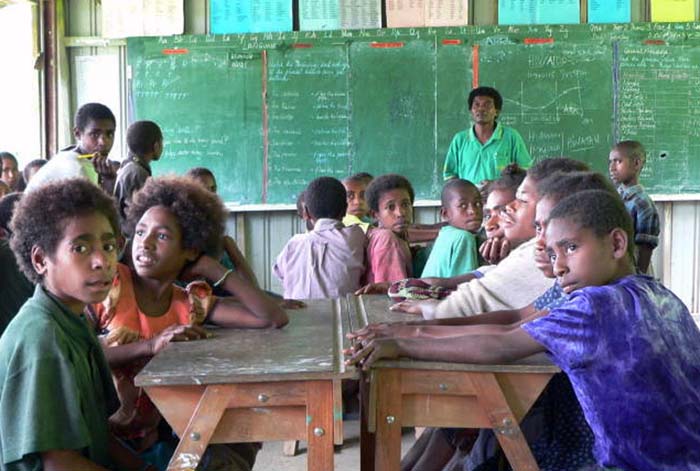 In April 2009, Prime Minister of Papua New Guinea Somare and then Australian Prime Minister Rudd agreed to undertake a review of the Australia’s aid to PNG. The overall aim of the review, which is named after the  PNG-Australia Treaty on Development Cooperation (1999), which undergirds the aid program,  was “to consider and recommend how Australia’s aid can most effectively contribute to PNG’s current, medium and long-term development priorities.”

The Independent Team commissioned to undertake the Review consisted of Associate Professor Eric Kwa of the University of PNG, Professor Stephen Howes of the Australian National University, and Dr Soe Lin, formerly of the World Bank.

The Team submitted its report to the two Governments in April 2010. The Foreign Ministers of the two governments formally welcomed the Review during their meeting in July 2010 and noted the opportunity it provided, along with the PNG LNG project, “to redefine the basis of PNG and Australia’s bilateral relationship.”

The Review contains a wide-ranging review of the performance of the aid program over the last decade, and provides 49 separate recommendations, in the large part directed to both governments, to reorient and improve the effectiveness of the aid program. A sense of the Review can be obtained by its four “main messages,” with which the Review begins, and which are extracted below.

“Main messages” from the Review of the PNG-Australia DevelopmentCooperation Treaty.

The status quo is not an option. There is widespread dissatisfaction with the aid program in both Papua New Guinea and in Australia, at various levels, political, bureaucratic, stakeholder, and in the media. There is a perceived lack of impact, and failure to obtain value-for-money. While some recognize its values and stress achievements, others are more dismissive of the program as a whole. These perceptions themselves would be a cause for concern, but they also reflect a growing body of evidence which strongly suggests that substantial change is needed.  And, indeed, we found an appetite for change, and a hunger for fresh ideas and approaches. We were encouraged by our interlocutors to be bold and to set out new directions for the aid program. In this spirit, while we welcome the Australia-PNG Partnership for Development, agreed in August 2008, as a positive initiative, we see it as marking the beginning of a process of reform, not the end.

Bring the aid program into line with new realities. When Australian aid to PNG began 35 years ago, it exceeded PNG’s own revenue, and equalled PNG-Australia trade. Today it is one-tenth of government revenue, and one-tenth of bilateral trade. The aid program is yet to adjust to and reflect these new realities. More than ever, PNG’s destiny lies in its own hands, and aid will at best have a marginal impact on the country’s development outcomes. While Australia’s aid will always ultimately be judged by PNG’s success, the Australian aid program also needs, but currently lacks, its own realistic standards by which to judge impact.  Also, over time, as the aid program has become a smaller part of the PNG economy, it has been spread so thinly that its impact has become hard to discern. Moreover, its management and delivery have become complex and costly. Enhancing accountability, demonstrating impact and building support for the aid program will all be helped by much greater focus.

Build on success. The aid program has real achievements to its credit, but these are often invisible and little known. Our call is not primarily for a public relations offensive, though better documentation of success would help build support, and facilitate replication and scaling-up. More fundamentally, the aid program, recognizing the difficult environment within which it is operating and its very limited leverage, should strive to back winners: to help those doing a good job do more. As one interlocutor advised us: “Get back to focusing on success. Where things are functioning, provide resources.”

Common purpose is key. Despite recent progress and agreements, expectations and objectives around the aid program are still at variance. While increased reporting and better dialogue will help, ultimately there has to be a meeting of minds, based on the resolution of long-standing disagreements, the recognition of shared interests across a wide range of issues, and the forging of common expectations for the aid program.  We hope that our report helps provide the basis for this so that, over time, the aid program generates less irritation and becomes a stronger contributor to PNG’s development, and to an increasingly multi-faceted and integrated relationship between Australia and Papua New Guinea, close neighbours and old friends.

Professor Stephen Howes is the Director of International and Development Economics at the Crawford School of Economics and Government.