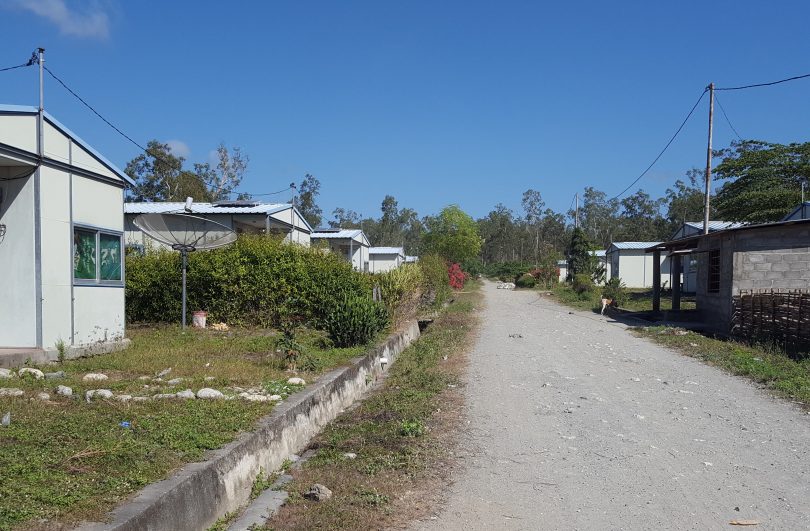 In 2013, my colleague and I wrote about the difficulties of development in Timor-Leste, citing the MDG Suco Program (a housing program) as an example of poor infrastructure development. Aligned with the broader United Nation’s Millennium Development Goals (MDGs), the Timor-Leste Government constructed over 5,000 houses nationwide for social housing, to improve the quality of life of the most disadvantaged members of society.

The MDG housing initiative aimed to provide vulnerable Timorese with modern Western houses with solar energy, water and sanitation. When we wrote our blog post in 2013, we were concerned that the diverse housing needs of beneficiaries (in relation to their capabilities, livelihood activities, socio-cultural contexts and physical environments) were overlooked.

In August, I had the opportunity to revisit the case study site in Manatuto Municipality to see how things have evolved. Five years on, the lack of a consultative social housing approach has become more apparent.

At first glance, the Oma Boku MDG settlement looks more liveable than it did on my last visit. Many households now have established gardens and trimmed bushes. The settlement has social amenities such as a village meeting hall, chapel, health centre and a kindergarten. Yet it continues to experience a low occupancy rate: approximately 56%. Beneficiaries are allocated a two or three bedroom house on a 15 square metre plot of land. With much of the plot taken up by the house, only a marginal area is left for cultivation. Most rural Timorese households are subsistence farmers with some off-farm and seasonal cash crop incomes. For the poorest and most vulnerable individuals and families, having adequate and secure access to land is even more crucial, not only for household food security but as a means to a livelihood. For example, lack of land near the home means that larger livestock must be raised away from the settlement.

A number of households in this settlement have cleared up larger plots of land in the surrounding area – land held communally by the village – to cultivate staple food crops such as maize, cassava, and sweet potato. Others farm on their own fields or that of their relatives’ at a further distance. In accordance to traditional Timorese tenure systems, households cultivating on communal or leased land are limited to user-rights, neither having the rights to grow trees as cash crops nor to pass the land down to their descendants, which in turn limits income-earning opportunities.

We also cautioned against separating vulnerable people from their familial support networks. The large majority of rural Timorese households are multi-generational, comprised of two and three generations of families residing under one roof. The MDG settlement is embraced by young families, who value the independence. However, a number of houses specifically allocated to the elderly, single-parents, widows or widowers have either been abandoned or re-allocated to their younger married family members. For example, Rosa, her husband and their son moved into the house originally given to her grandmother. Rosa’s grandmother did not want to live alone, and her children and grandchildren worried that if she lived alone and fell ill, there would be no one to take care of her. Instead, her grandmother returned to live with Rosa’s parents.

The MDG houses are fitted with a small solar panel on the roof, but residents reported that the power supply was insufficient for daily household use, and the houses have been connected to the national electricity grid in recent years. Whether residents have improved access to water and sanitation remains debatable: two large water tanks serviced by electric water pumps are a reliable water supply, but nationwide power outages frequently cut off this supply and households revert back to fetching water on carts from the local market. 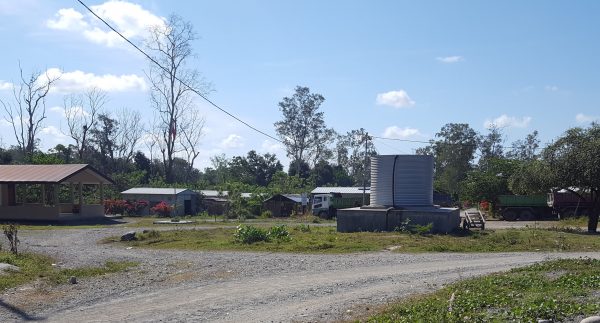 The houses also come fitted with taps and pour-flush squat toilets, but due to poor design, the water does not reach inside the houses and residents rely on fetched water. In addition, toilet effluence sometimes overflows into the open drains in front of houses, creating a breeding ground for pathogens and diseases. This compromises the health of residents, particularly that of the elderly and children.

Families continue to use firewood, not only as the preferred and cheapest source of cooking fuel, but because electrical kitchen appliances fail during blackouts. The burden of fetching water and firewood typically falls on women and children. Finally, as the population of the settlement is still so small, the health centre and kindergarten remain closed and unused.

In a neighbouring village where 81 MDG houses were built, similar housing issues plague residents. The occupancy rate is even lower (only 49%). The settlement is constructed on land appropriated by national authorities during the Indonesian occupation years for the transmigration program. The unclear status of land ownership has repelled people from resettling in fear of creating conflict with traditional landowners and enraging the spirits of the land. Comparative examples highlighting the pitfalls of the MDG housing program are found elsewhere, including the case of Craras in Viqueque Municipality, which was brought to national attention for the unfair distribution of MDG houses by local authorities.

The MDG Housing Program has now ended, but these issues are a reminder that providing decent housing requires more than just building a physical shelter. It needs to be consultative and targeted to specific social contexts. Social housing policies must be situated in relation to local livelihoods, abilities and disabilities, cultural understandings of family and household, environmental conditions, and access to land, water and basic sanitation, to ensure that inequalities are reduced rather than perpetuated.

In this year’s budget, which has just been brought down, the government has announced a review of its 2007 National Housing Policy, and said that it will develop a national housing program, and design and implement a housing rehabilitation and construction program. Valuable lessons can be taken from the MDG housing scheme to inform the future direction of social housing policies, and more broadly in implementing inclusive development programs.

This article reflects the author’s opinion only and not that of the university. Individual names used in this article are pseudonyms.