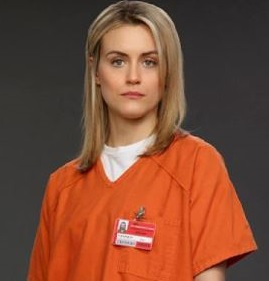 We’ve got used to aid cuts. Aid has been reduced in real terms every year since 2012. Last year’s cuts were the biggest, almost $1 billion or 20%. This year’s cut seems modest by comparison, just $220 million or 7.5% (all growth rates after inflation). But that is still one of the largest reductions in the aid program ever: the fourth largest in fact.

There are, sadly, other records this budget has created as well. It is the first time that the aid budget has been cut four times in a row (the previous record was three, under deficit-cutting Hawke and aid-sceptic Hayden in the mid-eighties). The cumulative cut, of 30%, is also a record – easily. Australia’s generosity index (aid/GNI) will hit a new record low in 2016-17 of 0.23%. That’s now well below the global average – a touch over 0.3% – something we used to try to at least match. So much for being a generous nation.

The new cuts have been implemented across the board, with most programs hitched to their previous year’s value, and so losing ground against inflation. The cuts have also been managed by delaying payments to some international organizations. These delays will be made good in future years from the increased space the indexation of the aid program to inflation will provide. To the extent that this is the case, country programs will continue to stagnate.

The sectoral allocations of the budget are revealing, and consistent with this year’s cuts, which I analysed yesterday. Health and education will be further reduced in 2016-17: based on the most recent estimates, after inflation, health by 16% and education by 9%. Part of this is due to the postponement of international payments mentioned earlier, but more than that is going on. By 2016-17, health will be down by 37% since 2013-14 and education by 30% since the same year. Agriculture and infrastructure have been protected, as one would expect from a government committed to private sector development. But governance is also protected from cuts, and for the second year running emerges as the biggest sectoral spend. Despite a new humanitarian initiative for Syria and the region, and increased prominence to climate change, the “resilience” sector, which includes humanitarian and environment spending, continues to fall.

It’s still not clear why aid has been hit so hard and so often in recent years. It is not as if recent budgets have been austere. Since 2012, aid has been cut by 30%, but total expenditure has increased by 10%. Aid has just become much less important, with the proportion of total expenditure spent on aid falling to 0.8%, another record.

Whatever their reason, the post-2012 cuts have almost completely undone the scale up of the Howard-Rudd years. As I noted last year, before that period started – about 1970 to 2004 – aid grew at an average of 1% a year. Since then, aid grew rapidly, and then shrunk rapidly, giving rise to an average growth of … 1% a year.

If you want a silver lining, that’s it. Perhaps now, aid will be fit for a less generous era. No more cuts were imposed in this year’s budget than were threatened in last, and the ODA forward estimates, conveyed to us at the DFAT lock-up, promise no further cuts. There are no increases foreshadowed either, but at least, we are told, aid will keep pace with inflation.

And, yes, there was an orange lining as well: a new “orange book” to take the place of the blue book which was much missed at the last couple of budgets. Good for transparency and communications, two features of the aid program that, like aid volumes, have taken a big hit in the last few years.