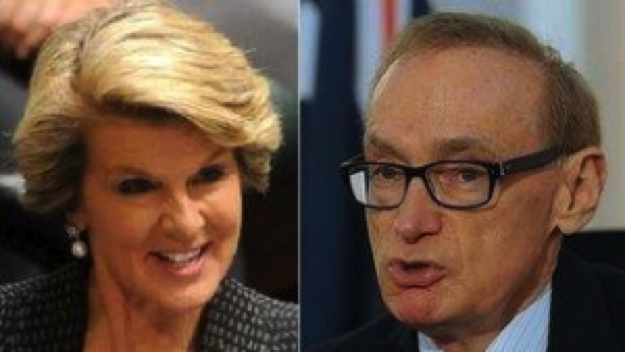 Separated at birth? How to tell Labor and the Coalition apart on aid and development

International aid and development policies barely figure in Australian federal election campaigns. Incumbent parties feel no need to articulate policies for a new term. Opposition parties tend to make a few low-profile and often random-seeming commitments that, perhaps, appeal to specific constituencies. The policy offering of the Australian Labor Party (Labor) when in opposition in 2007 was skeletal, comprising a commitment to increase Official Development Assistance (ODA) to 0.5 per cent of Gross National Income (GNI) by 2015 and to spend more on water and sanitation, climate change adaptation and avoidable blindness at a total cost of less than $500 million over several years.

The 2013 election campaign is no exception. Labor has to date said nothing about its third-term aid and development priorities, offering, by default, more of the same. The Liberal-National Coalition (the Coalition) has riffed on a few themes in its comments on aid and development policy since the 2010 election but has yet to convey a clear or always consistent position on what it would do with Australia’s aid program. We can expect a few lines on aid in their foreign affairs and trade policy, when that emerges, but not much more than that.

Despite this paucity of policy offerings, we’ve done our best to prepare a detailed policy brief that draws together what is known at the present time about the direction of the major parties’, and also the Australian Greens’, thinking on aid and development policy. You can download it here. It provides a narrative summary, and a more comprehensive summary in matrix form, of the three parties’ positions under six headings: geography, policy and strategy, multilateral aid, sectors and cross-cutting issues, partnerships and aid management. In this post we highlight the main areas of broad commonality and specific difference between the two major parties and conclude with some remarks on what should be the principal aid and development priorities of the incoming government.

The Shadow Minister for Foreign Affairs, Julie Bishop, recently nominated aid as one of several points of differentiation between the parties on international policy. At the level of broad policy, the facts are otherwise. By comparison with the situation during, say, the 1996 election campaign, the two major parties have a great deal in common on aid and development. There at least five points on which there is agreement or at least a broad consistency of approach, as follows.

In order to tell the parties apart on aid policy, as much as on economic and other areas of policy, you have to zoom in quite a bit and examine the details. There are in fact many differences on specific points of policy, some of which are quite significant from the standpoints of individual interest groups. The main such differences are in the six areas summarised below.

The Coalition’s ‘reverse Colombo Plan’ might also belong in the list above, but they have yet to determine how it would be funded. It’s conceivable that it might be charged to the aid budget, with Australian students badged as volunteers for some part of their time overseas, but at this stage it is simply unknown whether this initiative will affect the aid program. Likewise, it’s hard to know how seriously to take the Coalition’s proposal to set up aid-funded centres of excellence in medical research and training in northern Australia, as part of its approach to the development of that region. In its final form this proposal is uncosted; in a leaked internal party document [pdf] it was costed at $800 million. Some of that must be for capital costs, in which case it can’t be charged to the aid budget.

It could be some time after the election before it is clear what the incoming government will do with the aid program. Some decisions will have to be taken early and are not inherently difficult. Such decisions would include appointing a minister for international development—as Labor has lately done and as the Coalition is very likely to do—and determining Australia’s priorities for the G20 development agenda, on which Australia will lead for the year commencing December 2013. Other decisions might and in many cases probably should take more time.

For Labor, there should be three major priorities:

In revising the CAPF, Labor should strongly consider options for making its ODA/GNI commitment more credible, deliverable and robust—for example by reducing the 2017-18 target to 0.4 per cent or selecting a target year for the achievement of a 0.5 per cent ratio that would not require an increase of more than 0.03 per cent of GNI in any year. The program quality agenda would be well served if Labor were to seek cross-party agreement to the establishment of a standing parliamentary committee on aid and development.

For the Coalition, the above priorities would also apply, and there would be a great deal of clarifying to do—for example in relation to:

Clarification on these and various other points would best be provided, not piecemeal, but in the form of a comprehensive aid and development policy statement. That needn’t be hurried and in fact would best not be. The Coalition would preferably take time to receive and consider well-developed advice from AusAID and other sources before issuing a policy statement with indicative four-year resource allocations in conjunction with the 2014-15 budget. Given the Coalition’s strong undertaking to shift Australia’s relationship with its near-neighbours beyond aid, they might also take the opportunity to make this the first statement of its kind that incorporates policies on both aid and international development.