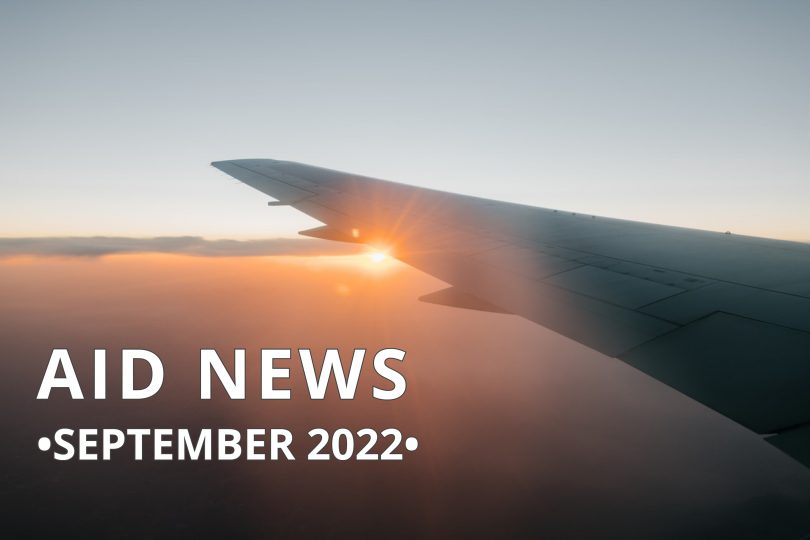 Speaking at the UN General Assembly in New York, Foreign Minister Penny Wong announced that, over the coming months, the Albanese government will be “designing a new development policy, outlining how we will play our part in a world in an era of crisis – and how we will help developing countries without driving them into unsustainable debt.” The government is also developing a new strategy on economic engagement with Southeast Asia, and will seek a seat on the UN Security Council for 2029-30.

As part of its current development finance review, DFAT has released the report of the 2019 Feasibility Study on the Use of Non-Grant Financing (‘Eyers Review’) prepared for the Morrison government.

Australia has committed $266 million over three years (2023-25) to the seventh replenishment of the Global Fund for HIV/AIDS, TB and Malaria, a 10% increase on its 2020-22 pledge of $242 million and its largest pledge, in nominal terms, to date. This is significantly less, however, than the $450 million that the Fund had requested and the 30% increase pledged by several G7 countries. Overall, the replenishment raised a record US$14.25 billion, but still fell short of its US$18 billion target. The UK, traditionally one of the Fund’s largest donors, has yet to announce a commitment.

Australia will provide $15 million for urgent humanitarian needs arising from the worsening hunger crisis in the Horn of Africa and Yemen. The UN has forecast that the looming famine in Somalia could be worse than the 2011 famine, which killed an estimated quarter of a million Somalis. Australian NGOs have called on the Albanese government to provide $150 million in the October Federal Budget to respond to the global hunger crisis.

Australia will double its contribution to the UN Relief and Works Agency for Palestine Refugees in the Near East to $20 million. The government has also announced a further $3 million to support Pakistan flood relief efforts, and $9 million to the UN Office of Disaster Risk Reduction “as part of a new three-year partnership to help nations prepare for the impacts of disasters and climate change.”

A joint report by the Australia Institute, Jubilee Australia and several NGOs finds that Australia is falling well short of its “fair share” of the global climate finance target of US$100 billion per year. It calls on the government to increase climate finance contributions to $3 billion for 2020-25, to commit to providing $4 billion in climate finance annually from 2025, and to support Pacific and low-income countries’ call for a standalone financing mechanism to address loss and damage.

While the World Bank predicts that growth in major regional economies will be higher and inflation lower than in the rest of the world, its latest economic update for East Asia and the Pacific forecasts that GDP in 2022 will remain below pre-pandemic levels in many countries.

Ahead of the inaugural US-Pacific Islands Country Summit in Washington DC, the State Department published a useful list of the United States’ current democracy, people-to-people, economic, and security assistance programs in the region. On the first day of the Summit (which was still in progress at the time of publication), the US Secretary of State, Antony Blinken, said that the US and the Pacific had agreed to a “shared vision for the future and a determination to build that future together”, and flagged increased cooperation on the climate crisis, health emergencies, and promoting economic opportunity.

The Marshall Islands has called off scheduled negotiations on the renewal its Compact of Free Association with the US, which expires in September 2023. Its negotiators are protesting the Biden Administration’s failure to respond to proposals to address the legacies of US nuclear testing.

Japan is undertaking a major review of its aid strategy, to be completed in the first half of 2023. It has appointed an advisory panel consisting of experts, and business and civil society representatives to guide the assessment.

In response to calls for his resignation, World Bank President David Malpass has clarified earlier comments on the role of human-induced climate change and global warming. US climate envoy John Kerry and UN Secretary-General António Guterres have both stated that the multilateral development banks must do more on climate change, including on adaptation.

At the UN, US President Joe Biden promised an additional US$2.9 billion to address the global food crisis, on top of the US$6.9 billion the US committed earlier this year.

Theresa May’s former International Development Secretary, Rory Stewart, has warned that the UK is on “borrowed time” in Africa and could “lose its position” on the continent in the wake of multiple aid cuts and the downgrading of development in its foreign policy. There are concerns that a substantial proportion – as much as a quarter – of the UK’s capped aid budget will be directed towards the costs of domestic refugee resettlement in 2022. Meanwhile, UK Labour is debating the merits of reinstating the abolished Department for International Development (DFID).

A new rapid damage and needs assessment by the European Union and the World Bank estimates the cost of Ukraine’s reconstruction at US$349 billion.

A new report from the Bill and Melinda Gates Foundation examines progress against the 2030 Sustainable Development Goals at the halfway mark.

T20 (‘Think 20’), a platform for experts to support G20 deliberations, has produced a new report on the role of data in supporting effective and responsive social protection systems.

The OECD examines aid by “regime context”, and finds that the overall share of aid to autocracies rose by 15 percentage points (to 79%) between 2010 and 2019. This is attributed to increases in both the number of “electoral autocracies” and the volume of aid, particularly from non-OECD donors, to “closed autocracies” over this period. The OECD has also released its latest report on fragility and development.

Drawing on the OECD’s latest funding statistics, Development Initiatives looks at what happened to aid for governance during the first year of the pandemic.

Juliet Parker, Director of the Active Learning Network for Accountability and Performance in Humanitarian Action, summarises ALNAP’s 2022 State of the Humanitarian System report on the From Poverty to Power blog.

The latest edition of The Asia Foundation’s GovAsia publication focuses on the challenges faced by developing countries in Asia as they embarked upon massive universal vaccination campaigns in response to COVID-19.

And finally, the Overseas Development Institute and the Centre for Global Development discuss options to reform multilateral development banks’ capital adequacy frameworks in order to free up more financing for development.