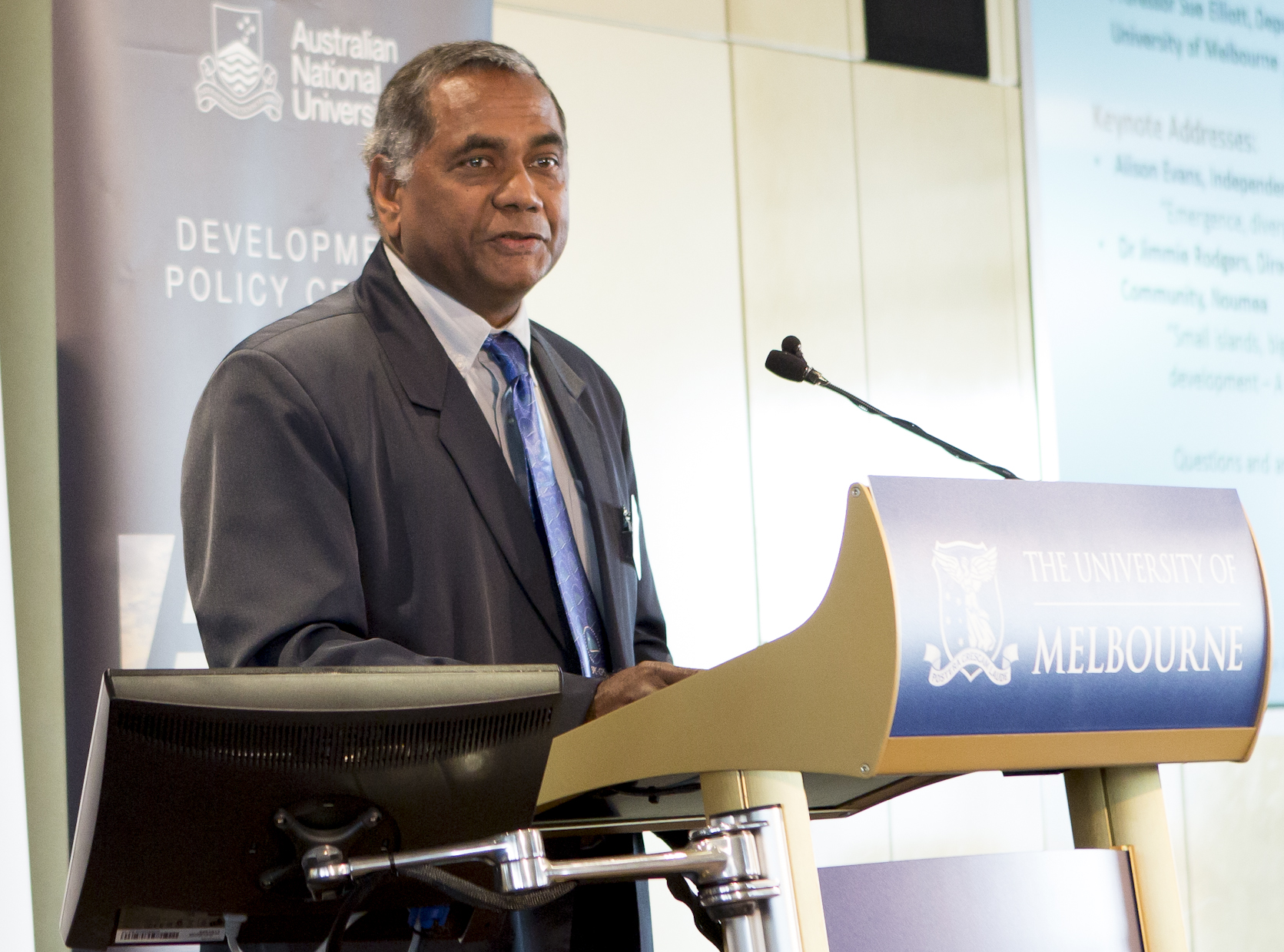 Does the Pacific islands region need more development aid when it is already the highest recipient of aid per capita globally? Why is the Pacific islands region not tracking well on many global targets and indicators (such as the MDGs)? What development outcomes or achievements can be attributed directly to the high level of development aid at the individual country or the broader regional level? Is the current aid architecture to Pacific island countries and territories the most appropriate or still relevant? Does it enshrine principles of aid effectiveness?

Should there be a re-thinking of the aid architecture in the Pacific to acknowledge the unique characteristics of the region?

Current aid to the Pacific

Just over 90% of all aid flowing into the Pacific comes from five DAC countries – Australia, France, Japan, New Zealand and the USA – and one multilateral partner, the European Union.

The distribution of aid differs by development partner. The bulk of France’s aid goes to the three French territories of the Pacific; the bulk of US aid goes toward the three freely associated States; total EU funding goes to the 14 Pacific ACP countries and four OCT (territories); and Australia and New Zealand cover the Forum island countries, with Japan also mostly providing support to these countries.

I am of the view that we are still quite a distance from getting the aid architecture right in the region, and further away still from achieving a sound platform to enhance aid effectiveness. The issue is not to do with the lack of agreements or principles – these exist. Rather it is to do with the inability to implement these agreements.

Globally, the international community has signed up to three agreements to enhance aid effectiveness – the Paris Principles (2005), the Accra Agenda for Action (2008) and the Busan Partnership for Effective Development Cooperation (2011). In addition to these, Pacific island countries have also agreed on three other important regional mechanisms – the Pacific Plan for strengthening regional cooperation and integration (2006); the Pacific Aid Effectiveness Principles (2007) and the Cairns Compact on strengthening development coordination in the Pacific (2009).

Despite this, progress on achieving the intents of the agreements has been slow. Measuring the degree of development impact is difficult without first agreeing on the relevant milestones and indicators for each of the recipient countries.

Major development partners in the region still find it challenging to coordinate their assistance to individual countries. Development partners are very sensitive to each other’s interests, and while many try to take a coordinated approach and to link aid to agreed national development priorities – reflected by the existence of many SWAPs (sector wide approaches involving many partners) – some partners prefer to go it alone. This sometimes leads to a discourse of politeness rather than serious engagement to enhance aid effectiveness at the country level.

The utilisation of development aid differs between countries, but for the majority of islands the vast proportion goes to the social sectors (50-70%) with the economic sector and production sectors next in line. Targeting of aid by countries also differs significantly, influenced by traditional and historical links.

In the future, will all Pacific islands countries reach a state of economic self-reliance where they will no longer require development aid to supplement their own development efforts?

The reality is that very few Pacific countries have this potential. Even for these few, it is unlikely they will achieve such level of self-reliance in the short to medium term. For the majority of the 22 island countries and territories, dependence on development aid will continue in the long term. For some it will remain a permanent feature of their development agenda.

Given this scenario, discussion should focus on the architecture of aid that is most appropriate for the Pacific, taking into account the unique characteristics of the region.

Dr Jimmie Rodgers is the Director General of the Secretariat of the Pacific Community. This blog post is based on a keynote speech he delivered at the ‘Future of International Development in Asia and the Pacific’ conference in Melbourne in May this year (a video of his presentation is available here).

Dr Jimmie Rodgers is the Director General of the Secretariat of the Pacific Community.