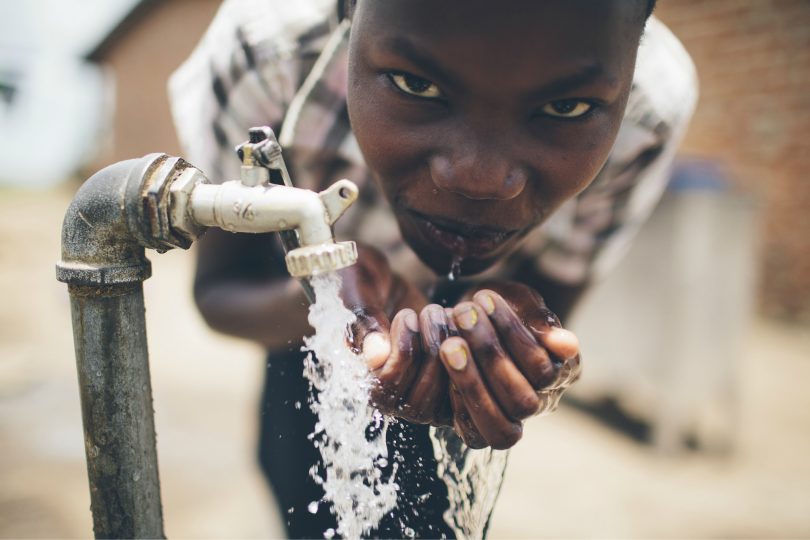 Drinking from a well in northern Uganda (USAID/Flickr/CC BY-NC-ND 2.0)

International development can be a risky business. As a result, it’s not surprising that many (arguably most) development agencies have bureaucratic cultures that are risk-averse, sometimes excessively so. In 2010, Andrew Natsios (the former head of USAID) complained that aid agencies were under such constant pressure to reduce risk that it undermined their impact and compromised good practice. In recent years, that pressure has continued, with some warning that the emphasis placed on measuring results may further entrench risk-aversion. When staff know that performance will be judged against preset, quantifiable indicators, there’s less incentive to pursue risky programs, even when high risk is matched with (potentially) high reward.

Yet things are, slowly, changing. There is an emerging consensus that to produce results, development agencies must take risks, not simply avoid them. A symbolic turning point came in 2014, when the World Bank used its World Development Report to declare its intention to shift from an institutional culture of risk-aversion, to one of informed risk taking. Putting this into practice, however, is not straight-forward.

A variety of obstacles at different levels – individual, donor agency, and state – can prevent the effective management of clearly identified risks. These include the difficulty of translating knowledge into action and, frequently, a bias towards maintaining the status quo. The scarcity of systematic, program-level research often makes it difficult to work out how risk can – or should – shape program design.

In a new paper, we tackle this problem by analysing how political risks shape, and are shaped by, program design in the field of democracy assistance: aid programs that aim to facilitate free and fair elections, strengthen legislatures, support political parties, encourage the growth of a robust and vibrant civil society, or spread democratic norms and values among individuals. Such programs are particularly vulnerable to political risks, so they provide a valuable example.

Our analysis, which was based on a review of programs managed by the Westminster Foundation for Democracy, provides the basis for three key tips that can help policy-makers and practitioners working in international development make the shift from risk-aversion to informed risk-taking.

Tip 1: accept there’s no such thing as a ‘risk free’ option

One thing our analysis made clear is that there’s no such thing as a ‘risk free’ option. Some types of programs tend to be perceived as ‘safe options’, but on closer inspection these are often simpler, more familiar, or involve less obvious, unrecognised risks. When it comes to democracy assistance, programs that focus on strengthening institutions (such as parliaments), instead of on thematic issues or events, are often assumed to be less risky.

There are several reasons for this. One is that they are less overtly political, so there’s less danger that aid providers will be accused of interfering in domestic politics. Focusing on an institution also means that there is less risk that that the impact of a program will be wiped out should the electoral fortunes of key individuals take a turn for the worse.

Yet these supposedly ‘safe’ programs do involve risks – just ones that are less obvious. Institutionally-focused programs typically offer individuals fewer incentives to buy into reforms, increasing the risk that there’ll be no political will to make reforms ‘stick.’ Since institutional change is slow, these programs also tend to have longer time horizons, increasing the likelihood they will struggle to demonstrate impact in the short-term, something that can leave aid providers exposed to criticism back home.

Accepting that even familiar, ‘safe’ programs come with risks will make it easier to move away from a mind-set of avoiding risk, because it forces us to confront the fact that avoiding all risk is impossible.

In the paper, we demonstrate the value of taking into account the trade-offs between projects with a broad and narrow scope, and those that focus on issues as opposed to those that work with institutions, when evaluating and justifying program design. Each of these options brings with it rewards and risks – the question is which combination is worth it for a given project. Thinking in terms of trade-offs means acknowledging that taking certain risks can bring rewards, but accepting that those rewards come at a cost. This encourages us to think about whether a particular risk is worth it, rather than whether it can be avoided.

It’s much harder to take risks when a single program is considered in isolation. Indeed, it’s incredibly difficult to justify a high-risk program if it is presented as the only tool in the tool box. It is far easier to take risks if we move from considering each project in isolation to thinking about the ‘portfolio’ of activities undertaken by particular agency or organisation. A portfolio approach makes it possible to balance more and less risky ‘investments’ against each other; a high-risk program evaluated against this backdrop becomes far more palatable.

Precisely what counts as a ‘portfolio’ will vary. For larger organisations, a portfolio might comprise several programs in a single country, for smaller actors, portfolios might cut across national boundaries and be defined by a theme (gender equality) or institutional focus (parliaments).

Being smart about risk

Accepting that there’s no such thing as a ‘risk free’ option, putting trade-offs centre-stage, and adopting a ‘portfolio’ approach risk won’t always guarantee that we take the right risks, nor the right amount of risks. But it will allow policy-makers and practitioners to make decisions about risk in a more rigorous and transparent way, spurring the transition from a culture of risk-aversion to one of informed-risk taking.

Susan Dodsworth is a Research Fellow at the International Development Department of the University of Birmingham. Since January 2016, she has been working on the Political Economy of Democracy Promotion Project, co-authoring a number of policy papers on parliamentary strengthening, political party assistance and civil society support. Her research interests include comparative democratisation, the politics of international development, and the interaction of state-capacity and democracy.

Nic Cheeseman is Professor of Democracy at the International Development Department of the University of Birmingham. In addition to numerous journal articles, he is the author of “Democracy in Africa: Successes, failures and the struggle for political reform” (2015). Nic’s research focuses on comparative democratisation and the politics of Africa. He writes a fortnightly column for Kenya’s Daily Nation newspaper, regularly provides analysis to the UK and US governments on political developments in Africa, and tweets @fromagehomme.