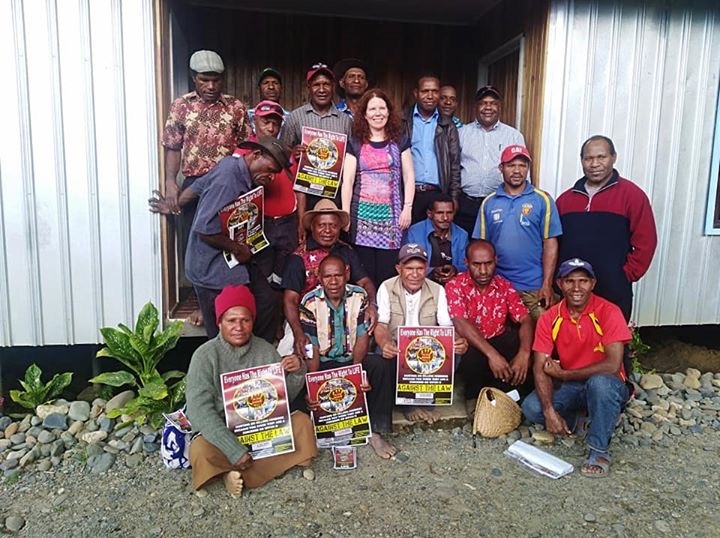 Australia has recently announced a $135.9 million package over three and a half years to support policing in PNG. The initiative – said to comprise improved community-level service delivery, prosecution services, enhanced training capabilities, and “improved corporate enabling services” – takes the relationship to the ‘next level’, according to Prime Minister Scott Morrison.

The program is certainly bigger, but it is much the same as all the ones that have come before it – expatriate Aussie police training and working with their PNG counterparts. Most of the costs are in Australian Federal Police salaries and on-costs (although the last program did involve building a swimming pool), and there is no permanent presence for the program outside the capital.

The reality of policing we saw in a recent trip to Jiwaka province in the Highlands to continue our work on sorcery accusation related violence felt a world away from all this ‘next level’ talk. There, it is common to find police without basic infrastructure such as tables, printing paper and fuel for their vehicle. The situation is the same even in places that are less remote, more resourced, and with a heavier ‘Australian policing support’ presence. For instance, in other research we are involved with in Lae, members of the community express frustration about the police’s lack of resources to respond to basic community calls for support.

But in Jiwaka as in Lae, it is no simple portrait of despair. Whilst there is real frustration with failures of police to respond to serious crime, we also saw police creatively and proactively working with community leaders and civil society to provide safety and justice to survivors of violence. One example already documented is the innovative and pragmatic use of the police complaint form that enables police to respond in a meaningful way to cases of family sexual violence, despite their many limitations.

It made us wonder if Australia continues to miss the point in its policing intervention, because policing – like all forms of governance – in PNG is highly relational.

The size of the police force has not significantly grown in PNG since independence, whilst the population has almost tripled. Police are regularly outmanned and outgunned, with the sorts of institutional supports taken for granted in Australia often completely missing. At the same time, PNG society is still ordered largely through tribal and clan affiliations, overlaid with the strong regulatory forces of Christianity and a much weaker bureaucratic state.

This combination of weak vertical control and strong local relational forces makes the police highly exposed to the local power dynamics of the places in which they are stationed. It is a situation that is quantitatively different to even rural policing in the global North. This fact should exert far greater influence over policing capacity-building efforts than at present.

Whilst “wantokism” in the public service is currently seen almost entirely in a negative light, the relational quality of policing in PNG presents opportunities as well as challenges.

One way this opportunity can be utilised is greater support for police to work as part of local policing coalitions. Policing coalitions involve police working strategically with other institutions, both state and non-state (NGOs, churches, communities) in order to provide safety and a road to justice for the citizens of PNG.

An example is the way in which police in the Highlands province of Jiwaka are working together with local peace mediators, a local peacebuilding NGO and village court magistrates to bring together communities divided by accusations of sorcery and related violence. As a group, they develop pathways for reintegration and healing of the community through provision of awareness of the law (often supplemented with Christian and customary principles) and the award of a preventative order, in which the relevant leaders agree to ensure that the accused and his or her family are not accused again. This preventative order is often physically delivered in the community itself and signed in the presence of the community and state officials.

At present, such coalitions are ad hoc and contingent, but their potential could be better developed. In particular, it is important to create spaces for those police who have successfully built policing coalitions to share their experiences and insights with other members of the police force. The creation of such opportunities for peer-to-peer learning would be a valuable addition to the Australian policing program. Utilising the wealth of local relational resources is essential for police to get their job done, given their relative numbers to population and other capacity constraints, especially given the scope of the law and order issues facing the country.

At a policy level, support for coalitions addresses a key recommendation from the Report of the Royal Papua New Guinea Constabulary Administrative Review of 2004.  This report recommended that community policing be the main method of policing, and further suggested the promotion of the term “interactive policing”.  It noted that “community policing” had been treated as an inferior and isolated part of main-stream policing, and not always been seen as a part of “real” policing.  Unfortunately, little has changed in the fifteen years following this insightful observation.

The report also observed that effective interactive policing required continuous and positive dialogue between police and community, and shared ownership of the problems and possible solutions.

Of course, policing in different parts of PNG requires different methods of engagement, but so far our research with police and sorcery accusation related violence indicates that community trust, cooperation and partnership with leaders, village courts, churches and informal mediators is key to addressing sensitive and emotion charged issues.

The police are at their best in PNG when they are strategically utilising their own individual and institutional networks to do core policing work. We’ve seen this in Jiwaka over the last two weeks.

Development programs could better support police to build upon local relational resources, and the strong impulse towards self-ordering and self-help found within different parts of PNG society. Not all the answers are going to be found in Port Moresby (or Australia).