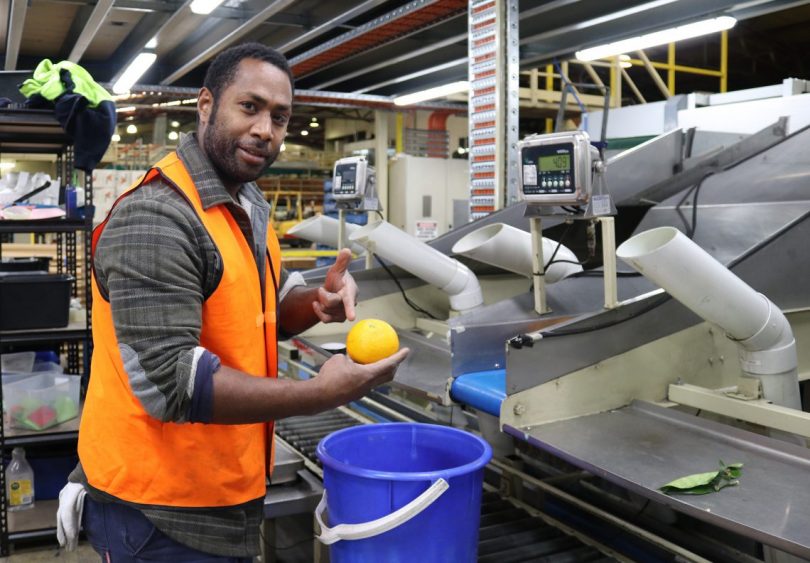 The first post in this series laid out a simple conceptual framework and emphasized the importance of distinguishing between the short and long run effects of migration. Guided by this framework, the second post highlighted how brain drain theory still generally finds little support in the data. This final post offers a few brain drain-related reflections on Australia’s current Pacific labour mobility initiatives.

The Seasonal Worker Programme (SWP) is currently the largest short-term migration program for Pacific islanders to access Australian labour markets. The SWP was modelled on New Zealand’s Recognized Seasonal Employer (RSE) program, widely regarded as best practice. Although the SWP started off slow, it has grown to eclipse the RSE (with over 12,000 participants in 2018-19). Although the Australian Government and the SWP lag well behind New Zealand and the RSE in terms of data and evidence for good policy design, we know a lot about the likely impacts of the SWP simply because the RSE has been so carefully studied, including with respect to human capital. For example, the RSE had large effects on school attendance in Tonga for youth (15-18 year olds) in participating households (a 10-14 percentage point increase in the probability of attending school from the then-baseline level of around 60 per cent of youth). No such effects were found for Vanuatu, where participants had much higher levels of income and school participation and thus were not likely financially constrained in these decisions. The high-quality evidence on RSE (and NZ-Pacific labour mobility more broadly) remains incredibly helpful for thinking about potential SWP impacts. As I imply below, key priorities for future analysis lie elsewhere (I also feel obliged to note that David McKenzie, whose work inspired this series, has eight excellent papers on the RSE and SWP, and no less than 29 on Pacific labour mobility more generally).

Some are concerned with brain drain around the SWP, due to the popularity of these jobs even with those in the formal sector. The share of paid employees who participate in the SWP ranges from over 80 per cent in Timor-Leste to 20 per cent in Vanuatu. Directing recruiters towards lower-skilled workers, who are probably not in paid (formal) employment, might help alleviate some of these concerns.

What about the new Pacific Labour Scheme (PLS)? First, the PLS is in-principle open to all sectors in designated, regional areas (uncapped, like the SWP). By contrast, the SWP offers relatively low-skilled agricultural jobs. Participating PLS employers require a certain skill level of potential participants, as the program aims to target and support sectors facing skill shortages (for example, aged care, disability care, agricultural processing, and tourism). An increase in the skill level of migrants implies larger immediate skill losses as people leaves, but also larger incomes, remittances, and migration prospect effects. It also opens up the possibility for more advanced skill transfer and employment creation on return. While these new skill requirements could have major implications for human capital acquisition, PLS’ skill level limit will limit the potency of such effects and how far workers can progress.

Second, PLS visits are 1 to 3 years. By contrast, SWP visits are typically for 7 to 9 months (although repeat visits are common). Stay duration can shape migrant and potential migrant behaviour, including education and skill investment (see, for example, this survey article). However, rigorous evidence on how and by how much remains thin.

The stability offered by the longer stays also opens up the possibility (not allowed under current rules though) for profound brain and soft power gains by allowing families to join workers, with children attending Australian schools and making lifelong friendships with residents here.

Third, female participation in PLS is reasonably high so far. The composition of workers across sectors is particularly gendered, and some of the female dominated sectors are those with the highest growth potential (for example, aged and disability care). Just like the extended stays and new sectors, shifting gender compositions complicate how much we can extend the excellent RSE evidence to the PLS.

Specifically, both the different gender composition, and the extended absences raise concerns not of brain but “care drain” – a topic for another blog or several. Nonetheless, PLS is providing important employment opportunities to Pacific women and I would caution anyone against discounting this too much.

It is difficult to talk about the Pacific and brain drain without mentioning the Australia Pacific Training Coalition (formerly: College). APTC aims to increase skill stocks and quality for the region by providing vocational training and Australian qualifications, from Certificate III to Diploma. It is also meant to increase labour mobility, a goal which it has failed to achieve to date. The APTC is in a pilot phase of a new “away” track preparing and assisting graduates to seek work overseas. This cannot come soon enough: recruiting from the APTC is an obvious way to ensure PLS recruits have the qualifications most relevant for Australian employers.

A final but important point to make is that for Australia, Pacific labour mobility is temporary: neither the SWP nor the PLS allows Pacific islanders to settle here. Indeed, despite widespread pontification on the strategic and economic importance of the Pacific region for Australia, we have very limited permanent migration pathways for Pacific islanders compared to our peers (for example, New Zealand and the United States). It is difficult to overstate the soft power, good will, and trust (let alone economic gains) afforded by permanent pathways and the resulting diaspora networks. Part of the justification for Australia’s fixation on temporary migration is a concern for brain drain, but anyone who has read my three blogs will, I hope, see right through this. In fact, diaspora networks are often a crucial channel underpinning “brain gain” effects (for example, though return investment and knowledge and technology transfer).

This blog is part of a series. Read the first part here and the second part here.