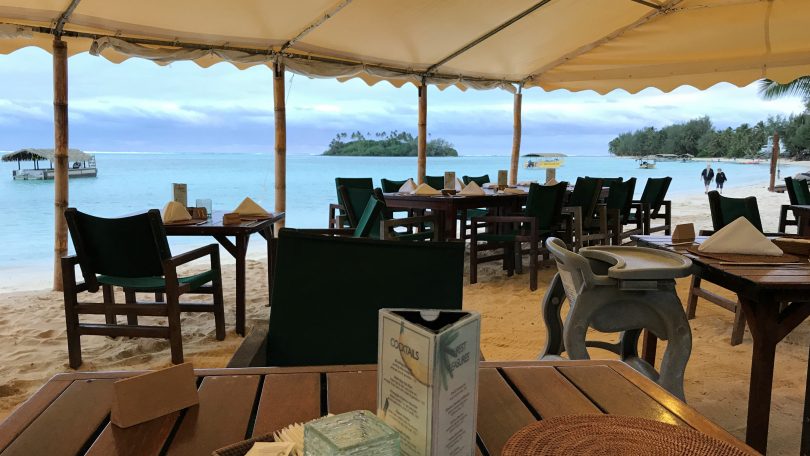 Tourism has undoubtedly become one of the most important economic activities in Pacific island countries (PICs). For some, such as Vanuatu, Fiji and the Cook Islands, tourism is one of the largest economic sectors, while for others, the aim is to increase visitor arrivals, and more importantly, visitor expenditure. The development of tourism in PICs is largely governed by changing geopolitical, economic, socio-cultural and physical contexts. In turn, the way tourism is developed is expected to have long-lasting impacts, in a recently published paper we outline key themes that will define the nature of tourism development in the region.

The basic attributes of Pacific island tourism remain largely unchanged: these revolve around spectacular and photogenic places located in generally pleasant climatic contexts, although not easily accessible. PIC environments are generally characterised by fragility, especially to extreme climatic events and climate change – this is especially apparent for small coral atolls where economic options are severely limited.

Idyllic small islands like those located in the Mamanucas, Fiji, is what many tourists in the PICs are after, but these are fragile environments (Credit: Denis Tolkach)

Many PICs were colonised and remain under the influence of foreign powers, namely Australia, Chile, France, New Zealand, UK and USA. As a result, the tendency is for foreign visitors to travel to former colonies or protectorates: Tahiti and New Caledonia are popular with French visitors, while the New Zealand market is vital to the Cook Islands. However, this geopolitical context is changing rapidly and is most apparent due to the continued expansion of activities tied to the People’s Republic of China (PRC). PICs understandably want to expand their international bilateral relations beyond the region, rather than continuously rely on relationships traditionally shaped by power inequalities and paternalism.

In terms of tourism, Chinese enterprises play a vital role as investors in construction of hotels, while destination marketing organisations are engrossed in attracting more Chinese visitors. The Chinese market is still new for countries in the region, and there is a general lack of understanding of the needs of this market. Chinese visitation is evolving rapidly as increasing numbers of travellers gain international experience and deviate away from traditional modes of travel such as group tours. Doubtless, considerable strategic effort is required if PICs are to optimise Chinese inbound visitation.

Accessibility plays a vital role in attracting inbound visitation. Several PICs have managed to sustain national carriers, with Fiji Airways – formerly Air Pacific – a standout. In recent times, Fiji Airways has introduced more flights to/from Asia, not only for Chinese markets, but also toward better global connectedness (for example, through Singapore). Many PICs have tried establishing national carriers, but these attempts have usually led to bankruptcy, given the relatively small markets in the region. However, besides tourism, aviation in the Pacific is also an important civil service on account of the vast areas of ocean and great distances between countries. Low cost carriers and multilateral agreements (known as “open skies”) have largely remained unpopular among PIC policy makers.

Flight routes to and from Fiji, Tonga and Cook Islands (Credit: Denis Tolkach)

Importantly, we argue that a focus on continuously increasing international tourist visitation is not a panacea for development in PICs. Tourism should be considered one of the few options for economic development in the region. In comparison to mining, cash crop agriculture, foreign aid and remittances, tourism, when done well, is an ideal mechanism for economic diversification. Tourism is labour intensive and relies on skills that can be rapidly developed for most jobs in the sector. Nevertheless, there is a labour shortage for tourism and hospitality in PICs and a mismatch between the qualifications and skills required by the sector. There are various tourism industry training and development programs available, but many are either outdated or do not meet the demands of the sector. Thus, national workforce development plans that include not only technical, but also employability skills, are required. 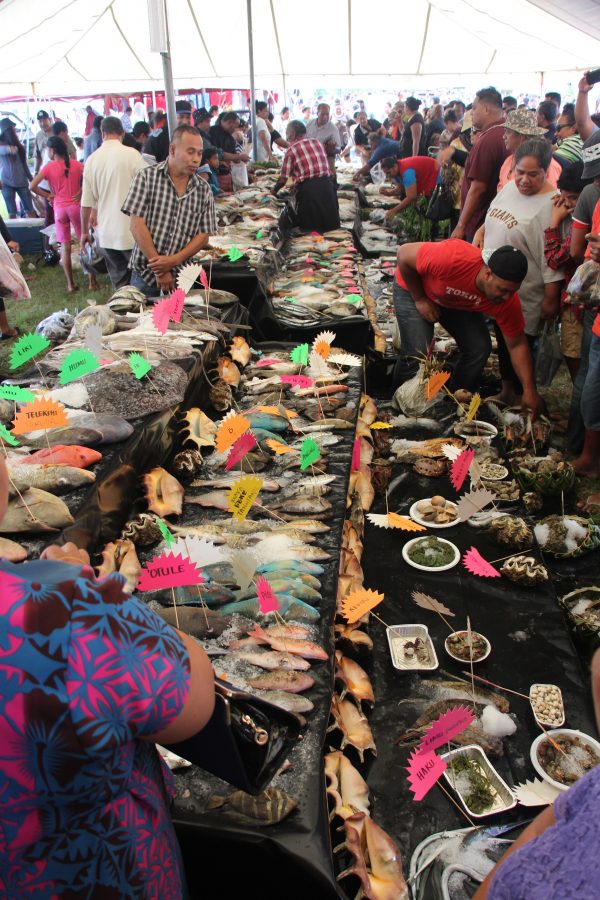 Tourism development that is more likely to benefit PICs needs to be inclusive and linked with other sectors of the economy. Economic leakages are an ongoing concern for PICs. One source of leakages is ownership and the management structure of tourism-related businesses. Fiji is characterised by a higher presence of international brand hotels that lease land from native owners. Conversely, Cook Islands, despite being a popular tourist destination, does not have international brands. PICs are trying to reduce the amount of imported food used in hotels and restaurants. Agricultural programs that train local farmers on how to produce a reliable supply of food to restaurants and hotels are being rolled out.

Tourism impacts Pacific island societies by challenging traditions, social structures and cultural practices. Pacific islanders traditionally share communal resources and responsibilities. Tourism brings in commercial relationships and rewards individualism. Pacific islanders need to be able to protect their cultures and their ancestral lands. Land tenure laws that prevent outright ownership of land by foreigners are enacted and typically enforced well across the Pacific. However, protection of heritage and environment has been a challenge due to a number of reasons, including lack of financial and human resources. While PICs are too small to reduce climate change, they are affected by it. Thus, adaptation to climate change is of utmost importance for the Pacific. Moreover, tourism in the region relies on coastal areas, which are particularly threatened by cyclones. 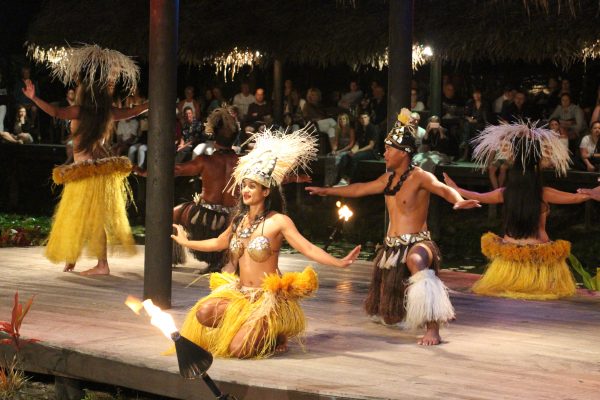 The Te Vara Nui Cultural Show in Rarotonga, Cook Islands is an example of the commodified culture that tourists encounter in the PICs (Credit: Denis Tolkach)

The popular saying: “don’t put all eggs into one basket”, is very true for the Pacific islands. It is appropriate to develop stronger relationships with a broad range of countries in terms of politics, trade, tourism, education and culture. It is risky to rely not only on one market, but also on one product, even one sector. Tourism can support economies and bring benefits to the population, but tourism cannot be the only sector, and its benefits do not reach all citizens. Policies for improved inclusion of Pacific islanders in all aspects of tourism are needed, but it is also important to develop other economic sectors. Protection of culture and nature has to be prioritised, and not only in legal documents but through law enforcement on the ground. This is challenging, but to do otherwise is too risky.

This paper draws from a recent multi-authored research article in ‘Asia and the Pacific Policy Studies’. Contributors to this study included the authors of this blog post plus Anthony Bailey, Semisi Taumoepeau and Apisalome Movono.

Dr Denis Tolkach is an Assistant Professor at the School of Hotel and Tourism Management at The Hong Kong Polytechnic University.

Joseph lectures in the School of Languages, Literature, Cultures & Linguistics at Monash University and is a Board Member of the International Geography Union (IGU) Commission on Tourism and Leisure and Global Change, and a Steering Committee Member for Critical Tourism Studies Asia Pacific.

Dr Stephen Pratt is a Professor at the University of the South Pacific's School of Tourism & Hospitality management.