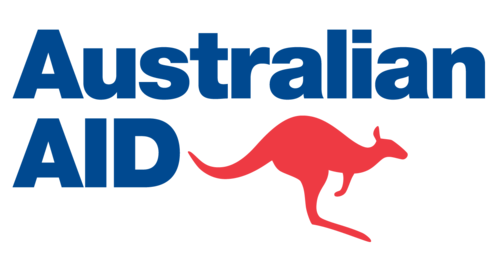 What will become of aid under the new Coalition Government? The answer to this question matters. Australia is the Pacific’s largest source of aid, and globally it is the eighth largest donor country. Over the last decade Australia’s aid program has grown bigger, and for the most part grown better – improvements that no one who cares about development would want to relinquish.

Yet change is coming. Obviously. That the new government committed to slashing aid budgets mid-financial year and saw fit to reintegrate AusAID into DFAT in one of its first acts of governing makes this clear.

Given Australia’s political right turn, this is not encouraging, yet it’s worth remembering that, as a cross-country regression, Tingly’s study shows the average impact across countries of political conservatism, it isn’t describing something that will inevitably occur in any one of them. What’s more, the results of other studies qualify things somewhat. Differences between the left and right can change over time, can have differing impacts on different recipients, and appear to be different for different donors. For example, a study by Robert Fleck and Christopher Kilby (gated version, ungated version) finds U.S. aid tends to be more focused on development objectives and less on commercial objectives when the president and congress are more liberal (meaning centre-left), yet another study found that the War on Terror has diminished the Republicans’ propensity to cut aid, while a further study (ungated, gated) suggests that Republican presidents are no worse than Democrats when it comes to the quantity of aid devoted to Sub-Saharan Africa. Meanwhile in Germany, if the findings of one paper are to be believed, the left actually tends to give less aid, and to give it for more selfish motives.

The recent experiences of individual donor countries also suggest scope for different outcomes. Conservative governments currently rule in the United Kingdom, Canada and New Zealand — the three DAC donors that share with Australia a Commonwealth political history. Amongst the three, as Ben Day has blogged, in Canada and New Zealand change has been considerable, and largely for the worse. On the other hand, aid in the UK has grown in quantity and emerged relatively unscathed in terms of quality.

Given that there is at least some variation in outcomes and given that (we hope) the Australian development community can have some influence over what is to come, we think it to too early to be making predictions about the fate of Australian aid. There’s cause for concern, stemming both from the international literature, and the early actions of the new government, yet hopefully the coming few years don’t have to spell disaster.

More useful at this point than predictions of what will happen, we think, is guidance in what to watch out for. Changes for the worse, that those of us who care about aid should be prepared to counter. Here the New Zealand case, which for obvious reasons we are most familiar with, as well as some of the international literature, provide some good guidance of what we should be bracing for.

First and foremost here being pressures to have aid become a subsidy to Australian business. As Ben Day wrote, in Canada and New Zealand the focus of aid has shifted discernibly, although certainly not completely, towards aiding donor commercial interests. Of all the changes to New Zealand aid this has been the worst, leading to the funding of aid projects whose development worth appears entirely negligible. Beyond the New Zealand context, it is also something that the findings of Dustin Tingley’s cross-country study suggest to be a greater risk (although not a certainty) when the centre right is in power. And there are plenty of international examples, such as U.S. food aid, to show just how ineffective or even damaging it can be.

Next on the list of things to oppose is change for change’s sake. New governments are often eager to dispense with the legacy of their political opponents. Yet there is no point in doing this if the legacy is a good one. Against the advice of Treasury Minister McCully reintegrated the New Zealand aid program into MFAT. This cost considerable time and effort yet brought no benefits to the delivery of New Zealand aid. In another example, complaining about supposed delays in dispensing Tsunami aid to Samoa and Tonga, Minister McCully changed New Zealand’s humanitarian NGO funding scheme and created one under which famine aid for the Horn of Africa genuinely was delayed, for months. Neither change was necessary. Both made things worse. It looks like it may be too late to prevent changes to AusAID’s structure. But those of us who want aid to work should be demanding that future changes only occur when justified.

The third thing to counter is the belief that giving aid which works is easy, and solutions to problems simple. This is a tempting belief for political actors eager for rapid change and easy wins. Tempting, but wrong. Giving aid that works is hard, and experience is essential. In New Zealand, Minister McCully went out of his way to denigrate “so-called development experts”. And during an organisational restructure the aid program’s advisory department was dismantled. Evaluations have, if the aid programme’s website is anything to go by, all but ceased to occur. Contracts for advice have been given out to the Minister’s political allies. None of this has helped New Zealand deliver better aid. In the UK on the other hand, DFID remains a leader in development research, and its evaluations remain as strong as ever. This isn’t exciting stuff for impatient politicians but it is essential if aid is to work.

One of us once wrote a blog post titled “Whither New Zealand Aid”, a title the blog’s editor changed to “Wither New Zealand Aid.” In that instance the editor was right. Although it struggles on, the political changes of 2008 have led to the withering of the New Zealand aid programme. It is too early to say anything like this in the Australian case. Which direction (whither) Australian aid heads is still open. But, if we want to avoid it being a bad one, those of us who care about aid had better prepare to start lobbying.