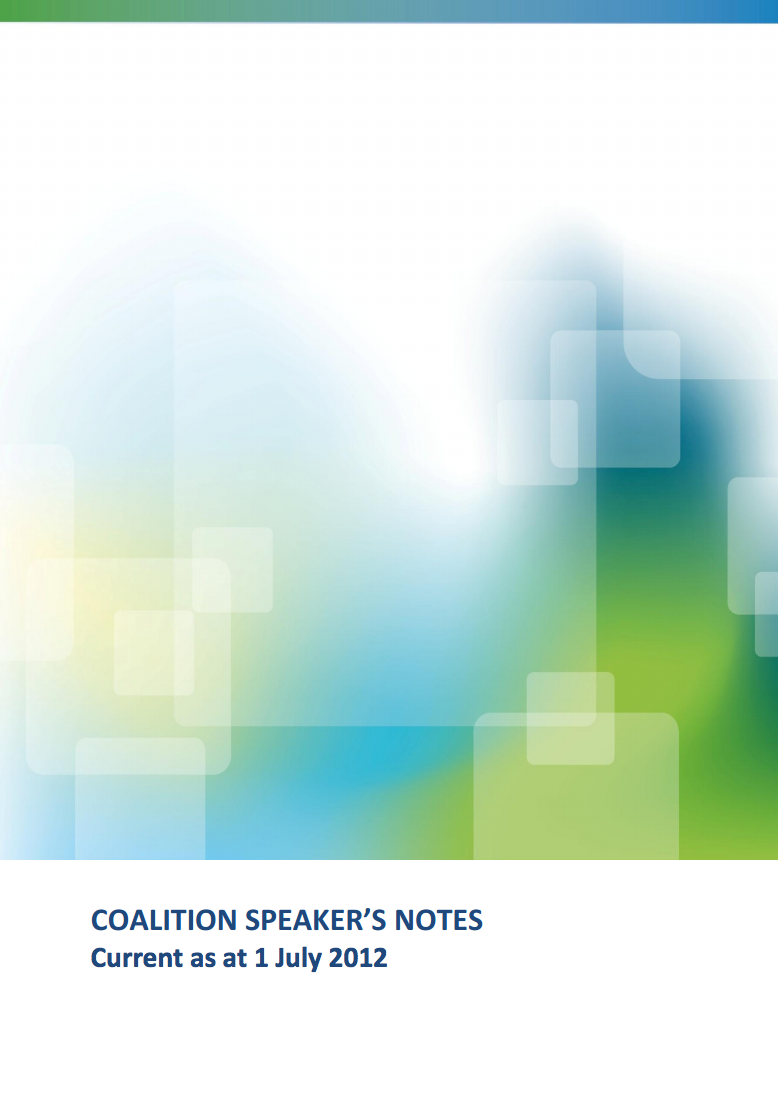 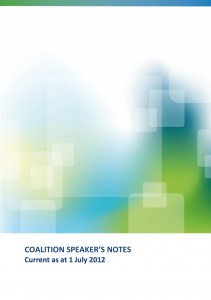 A leaked Coalition strategy document (obtained by Crikey and available here [pdf]) is positive on aid, indicating support for “increased rigorously-administered foreign aid.”  The documents goes on to say that “The Coalition supports the recommendation of the Independent Review into the Foreign Aid program that future funding increases be dependent on AusAID meeting strict performance benchmarks. The Coalition will adopt this recommendation and establish these benchmarks in government, after Labor’s failure to establish performance benchmarks, before the foreign aid budget is increased to 0.5 per cent of our Gross National Income by 2016-17. The Coalition will also consolidate our aid efforts on the Asia-Pacific and Indian Ocean regions and focus on the quality and rigorous administration of that effort.”  The document also advocates for a Minister for International Development.

AusAID launched (available here) a private sector development strategy for the Australian aid program at the Consultative Forum with Business in Canberra on 21 August. The strategy, among other things, affirms the Australian government’s commitment to closer links between business and the aid program. The forum (titled ‘Innovations in Development: New ways of working together’) was intended to signal a strengthened commitment on the part of both the business community and government to work together.

The Development Policy Centre will run a complementary forum on 17 October to consider in more detail how aid funds can be used judiciously and sustainably to enhance the development impact of business activity. This will examine recent experience and explore the potential for further aid investment in partnership with business in four areas: inclusive business ventures, service delivery, pro-poor supply chains for internationally-traded products, and product development partnerships in health and agriculture. Queries here.

This month ACFID released a progress statement marking the first anniversary of the release of the Independent Review of Aid Effectiveness, released on July 6 2011 together with the Government’s response. The aim of the report, set to become an annual feature, is to “increase external stakeholder understanding of the rapid changes in the aid portfolio since the Review, and hold the Government accountable to implement the accepted recommendations of the Independent Review of Aid Effectiveness.” The paper focuses on 12 of the Review’s 39 recommendations.

Overall the report is positive on implementation progress, though it bemoans the delay in scaling-up aid, and the confusion that has resulted in relation to performance “hurdles” (recommendation 39).

Australian PM Julia Gillard is set to unveil a large gender package for the Pacific at the annual Pacific Islands Forum which is being held this week in the Cook Islands.

Ewen McDonald, deputy director general of AusAID, has been appointed the co-chair of the new ‘Green Climate Fund,’ which will provide public funding to developing countries to combat climate change.

AusAID has released its latest batch of annual performance reports for 2011. This indicates much improved timeliness, though the diminishing number of sectoral reports (only one for 2011) is notable.

Foreign Minister Bob Carr has pledged an extra $4 million to assist individuals fleeing the civil war in Syria. The money will be used to provide food and shelter in newly constructed refugee camps. Australia is the fourth largest national contributor to the Syrian crisis.

A panel discussion was held on ‘Challenges to the Humanitarian Worker’ by AusAID to celebrate World Humanitarian Day on 20th August. Julia Newton-Howes provided this post reflecting on the funding shortfalls in global humanitarian aid.

Australia has pledged $2 million in food and emergency supplies to the flood affected areas of Metro Manila, Philippines. The aid will be delivered through the Philippines Red Cross and the World Food Programme.

The Wheeler Centre hosted a forum: ‘Intelligence Squared Debates: Foreign Aid is a Waste of Money’ in Melbourne this month. The audio is available here.

The annual bilateral talks on the Solomon Islands-Australia Partnership for Development were held early this month in Brisbane.  Foreign Minister Bob Carr announced an additional $14.75 million in funding for the long-term elimination of malaria in Solomon Islands. And, as noted above, the Prime Minister of the Solomons visited Canberra. See this podcast and video of a recent presentation at the ANU (hosted by SSGM) by Nicholas Coppel, Special Coordinator, RAMSI.