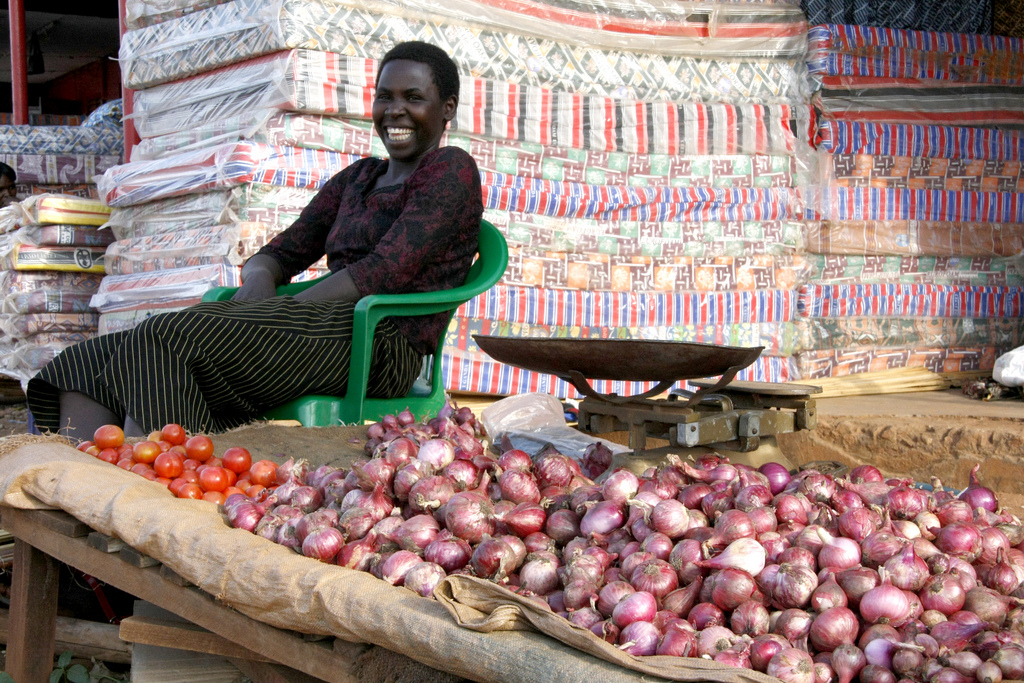 From aid to inclusive trade: next steps for Australia’s aid for trade program

Over the last decade, aid for trade has become one of the most prominent areas of global aid expenditure. Born out of the recognition that developing countries need assistance to realise the benefits of international trade, aid for trade now represents 30 per cent of global ODA flows each year.

Much has been written about aid for trade, including on this blog here and here. A new report by World Vision Australia, Aid for Inclusive Trade: New thinking for Australia’s Aid for Trade Agenda, builds on this analysis by examining 10 years of primary aid for trade data and programming, and its impact on poverty reduction and inclusive growth. The report considers how these emerging global trends can inform Australia’s own aid for trade agenda – as the government fast approaches its target of increasing aid for trade to 20 per cent of the Australian aid budget.

Some key findings from the paper:

1. Aid for trade has grown steadily over the past decade…

Globally aid for trade flows have risen significantly year-on-year since 2006. In 2015, aid for trade commitments reached US$53.9 billion, an increase of US$31.6 billion from the baseline average between 2002 and 2005. 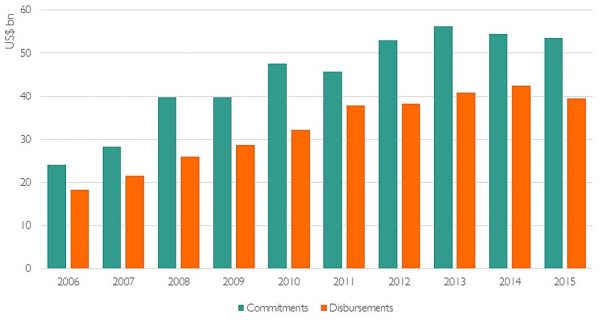 By contrast, the question of whether, and to what extent, aid for trade impacts poverty reduction remains largely unanswered. A recent evaluation of DFID and the European Commission’s aid for trade programs found there to be little publicly available information on the impact of aid for trade interventions on those living in poverty.  An ODI review of global aid for trade found this problem to exist across most donors with aid for trade programs generally failing to ‘adequately measure and evaluate the actual impact on poor and excluded groups.’

3. Global aid for trade has underinvested in building the productive capacity of people in poverty…

Since 2006, donors have predominantly disbursed aid for trade assistance in the form of economic or trade-related infrastructure, amounting to US$155 billion. Over this time, aid for trade to productive capacity building – which are investments that assist the private sector increase exports – reached US$133.9 billion. Funding to negotiate and implement trade policies received US$9.4 billion.

To date, global aid for trade has underinvested in direct interventions that address the constraints and opportunities facing people living in poverty, in favour of infrastructure investment and industry reform. These investments tend to support high-volume trade and larger businesses and producers.

Figure 4: Aid for trade spending on banking and financial services since 2006

Similarly, direct support to the development of small and medium enterprises (SMEs), a critical driver of local economies, received around US$7.6 billion between 2006 and 2015. This was just 5.5 per cent of the total spending allocated to building private sector capacity.

Since 2006, improving agricultural productivity and food security has attracted US$54.5 billion in aid for trade funding. However, close to a quarter of this spending has targeted farm development, agricultural policy and agricultural land and water resources; areas which tend to benefit larger producers and farmers. By contrast, support to non-formal agricultural extension services, which are more likely to assist small-holder farmers improve their productivity, received close to US$1 billion over the same time.

4. …but donors increasingly recognise the need to do more to equip poor people to benefit from trade

Aid for trade needs to work at the top and bottom of the market system. Investment in infrastructure and in the enabling environment for large enterprise is critical to facilitate the movement of goods and reduce trade costs. But to promote poverty reduction and inclusive growth, this must be complemented by interventions that enable people living in poverty to engage beneficially with trade.

Aid for trade donors and proponents increasingly recognise this. In their 2017 review of global aid for trade, the WTO and OECD called for a greater focus on ‘aid for inclusive trade’ and emphasised connecting SMEs to international markets as a key development priority. The ODI has argued that aid for trade must be recalibrated to enhance the poverty reduction impact of trade. Most major donors have prioritised efforts to strengthen the poverty focus of their aid for trade interventions. Germany’s aid ministry, the GIZ, has developed a manual to elevate the role of aid for trade in catalysing poverty reduction and inclusive economic growth.

As Australia’s aid for trade portfolio reaches its target size, Australia has an important opportunity to learn from the challenges facing other major aid for trade donors.

Australia’s aid for trade investments have significant potential to address the barriers preventing SMEs and small-holder farmers from linking effectively to local, regional and global markets. In particular, direct interventions to develop and connect small-holder producers to local value chains, provide finance to marginalised SMEs and increase financial literacy are critical to ensuring vulnerable groups can capitalise on trade opportunities.

Australia’s aid for trade investments could also promote women’s economic empowerment through direct interventions which specifically enable women farmers and women-owned SMEs and those that employ women to engage effectively with markets.

This is especially true in Pacific countries which are reliant on small-scale agriculture at the family-community level. As previously highlighted on this blog, aid for trade interventions could help commercialise these traditional forms of farming to become new sources of income, jobs and trade in the Pacific.

6. Where possible, Australia should integrate its aid for trade interventions; and invest in better M&E

Above all, these direct interventions for vulnerable groups must be integrated with existing and new aid for trade investments in infrastructure and broader trade reform efforts. For example, investments in cross-border infrastructure and in simplifying customs procedures and quality standards for an export good should be coupled with programs that increase the capacity of small-holder producers to produce goods that meet these export standards.

In addition, Australia needs to improve M&E systems across its aid for trade investments, and ensure that poverty reduction outcomes are captured, analysed and used to improve programming. This is a problem universal to major aid for trade donors who continue to struggle to measure and attribute the poverty impact of aid for trade interventions.

Donors around the world are grappling with the challenges of ensuring aid for trade adequately empowers people living in poverty. Australia is well-placed to capitalise on the growth in its aid for trade portfolio to develop and test innovative approaches to interventions that harmonise trade reform with community-level programming.